Joe & Chelsea are frequent visitors of this park in Rahway, so he knew that it would be the perfect setup for his proposal. It’s right near her parents house and it’s a welcomed break from their day to day life in the city. As a photographer who primarily shoots outside, I’m constantly checking the weather. It often comes down to the hour of trying to decide, are we shooting or are we rescheduling. Proposal sessions add that extra fun of rescheduling often not being on option. That day, I was a little concerned because the forecast wasn’t looking to be on our side, but then Joe mentioned that they love taking walks in the rain, so it was nothing unusual for them to be out. Whew! Crisis averted! When I first talked to Joe, he mentioned that he and Chelsea are huge dog lovers, so it was a no-brainer to include them in the proposal as well.

As per usual, I assumed my position of being hidden in plain sight. I spotted them get out of the car and then they started walking in the opposite direction. *cue my panic* Then I got a text from Joe saying they were going to loop around the park until they reached the planned spot for the proposal. They made their way over and Joe got down on one knee to pop the question.

Here are some favorites from their rainy park proposal! 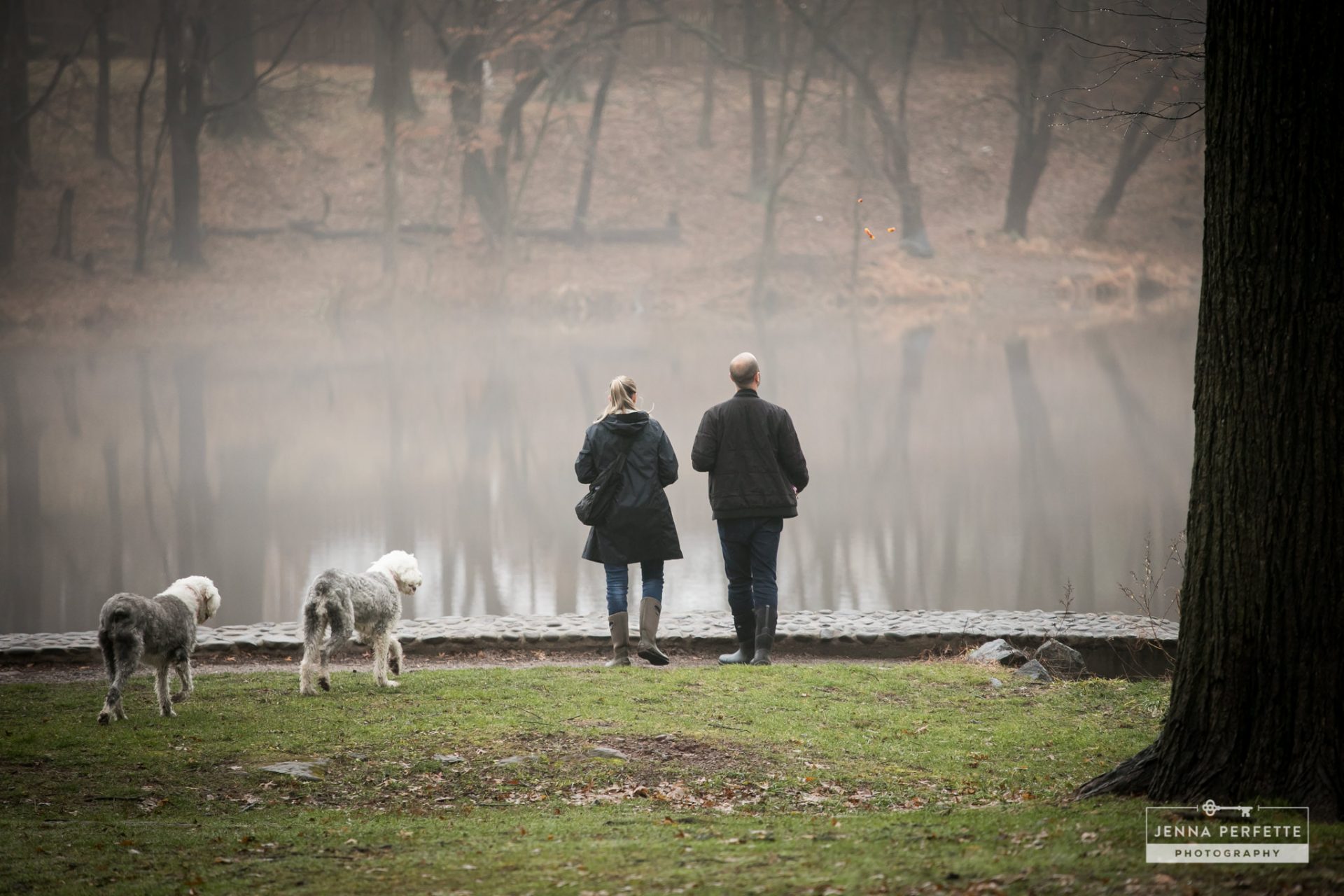 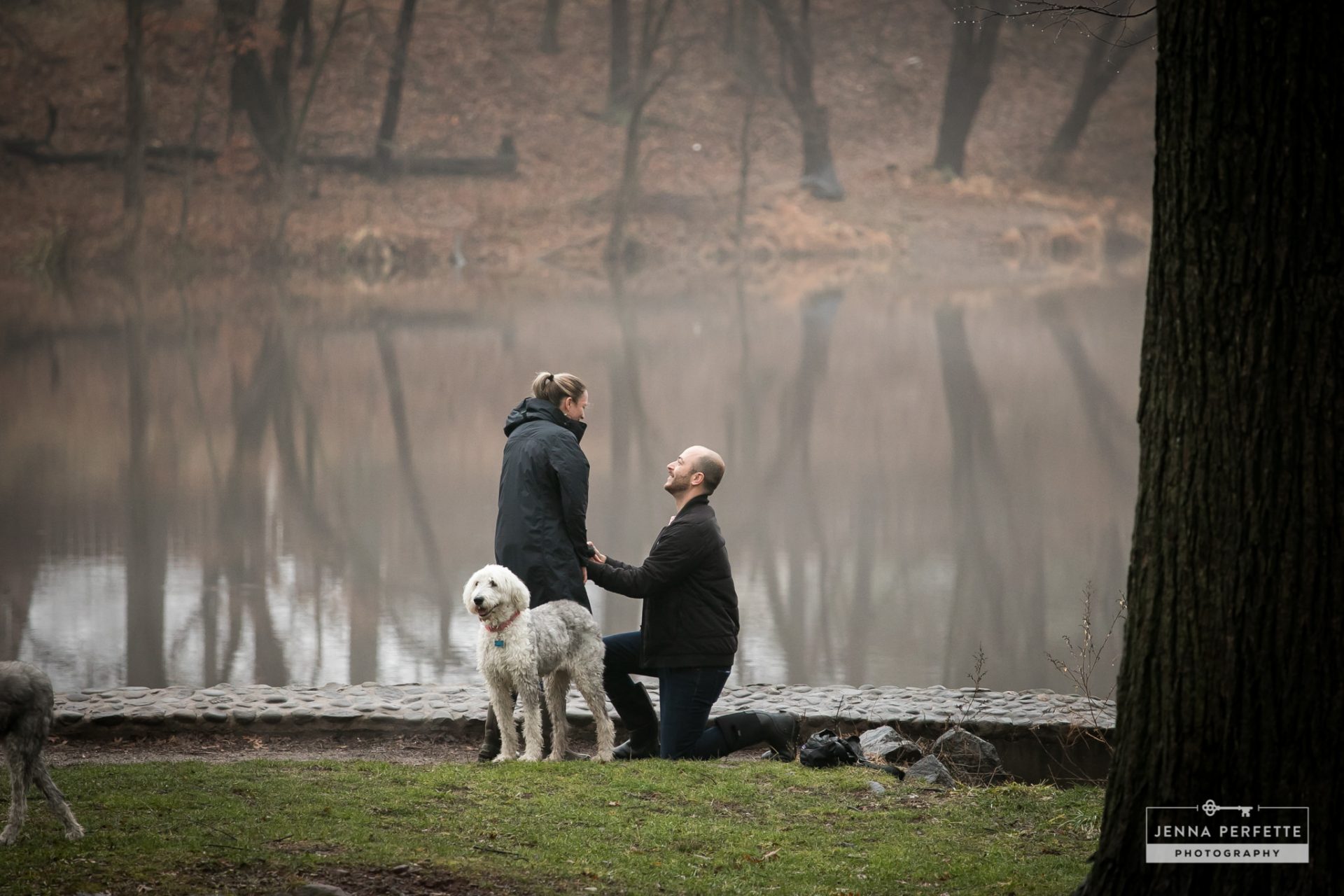 I don’t give the guy too much instruction, but the one thing I told Joe to watch out for was to make sure they stood parallel to the lake so I could get good profile shots. Chelsea kept turning slightly away, so you can see Joe occasionally adjust her to be facing him. I think it worked out! 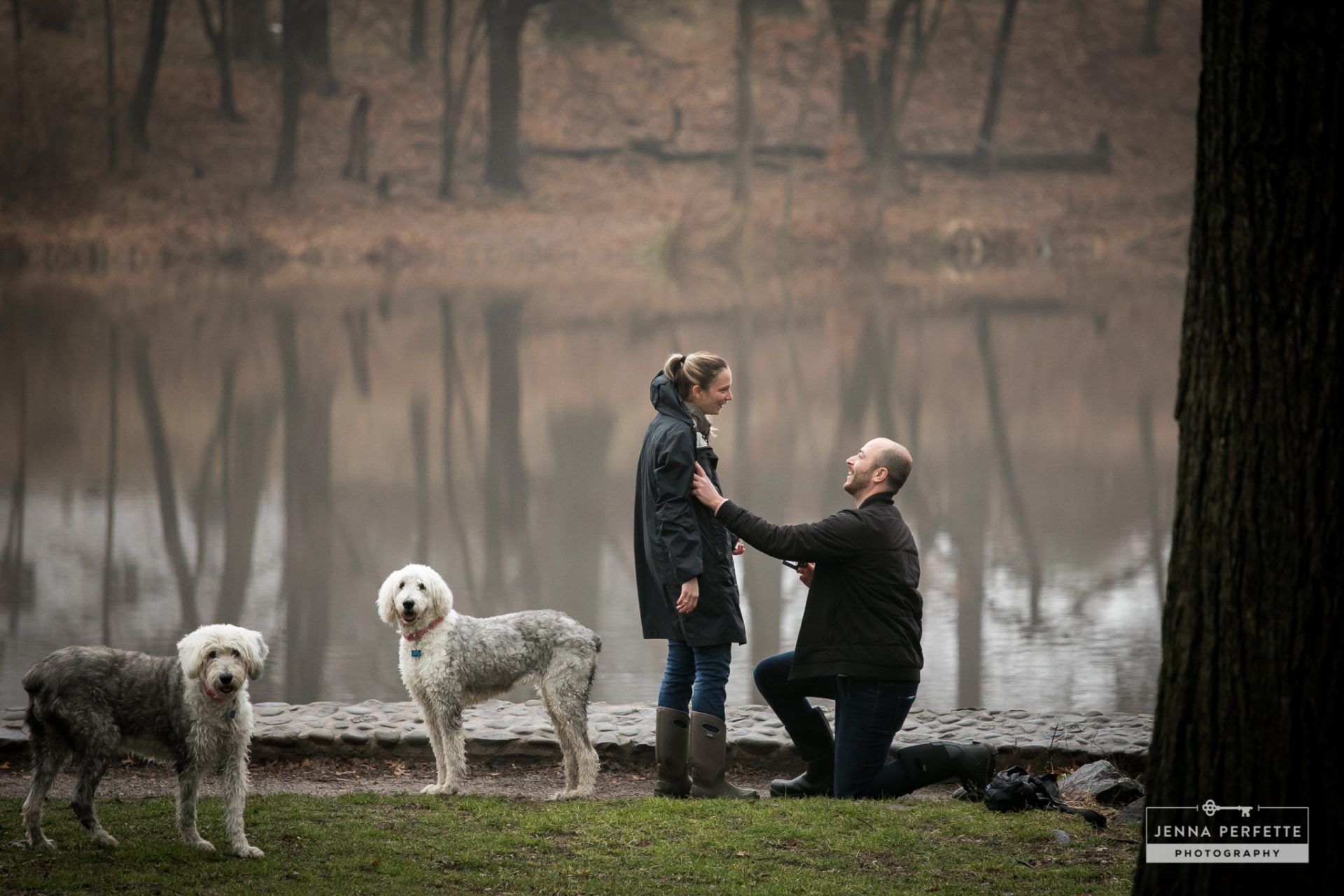 Thank goodness he asked her the big question “Will you marry me?” because the pups were getting quite suspicious at this point. 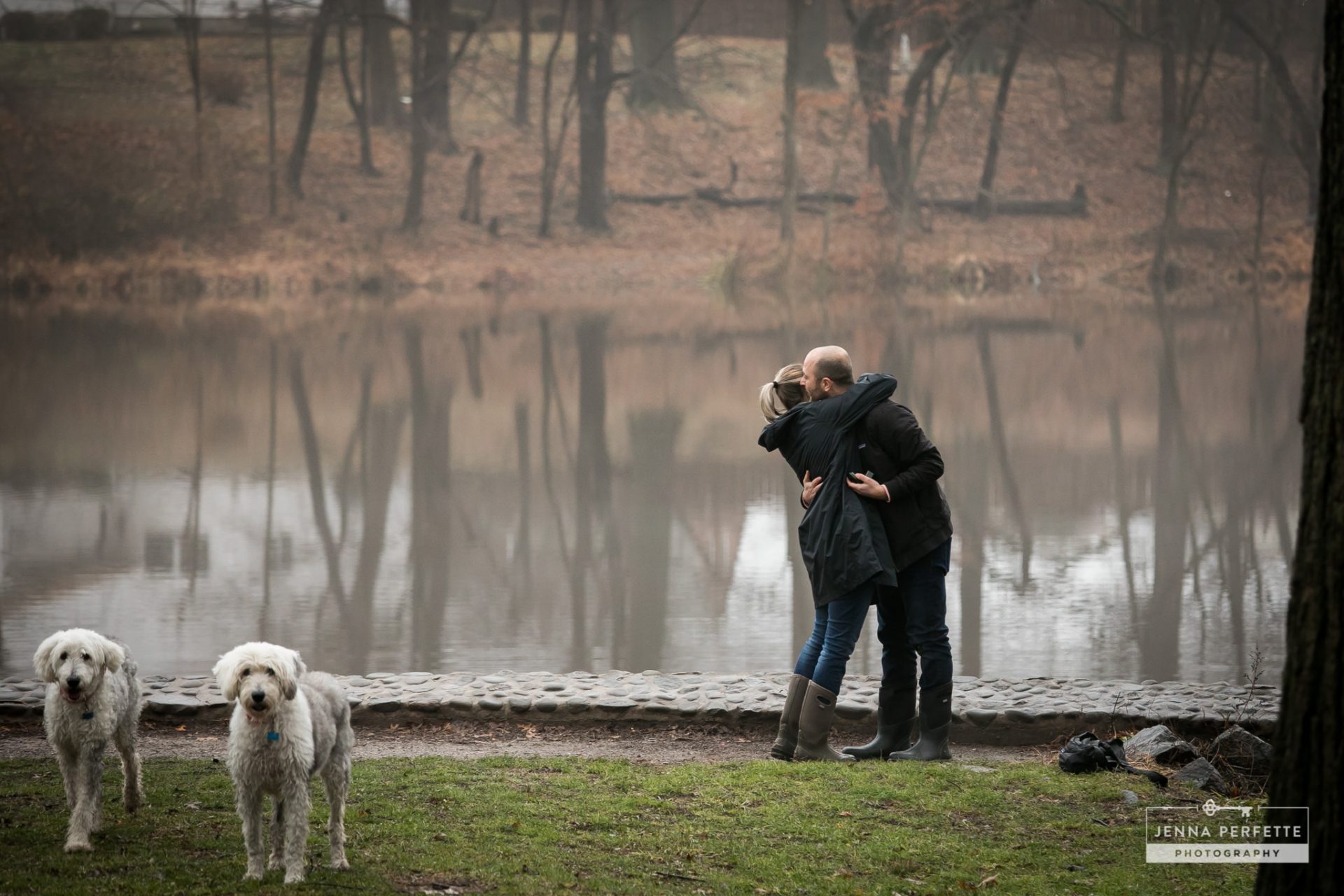 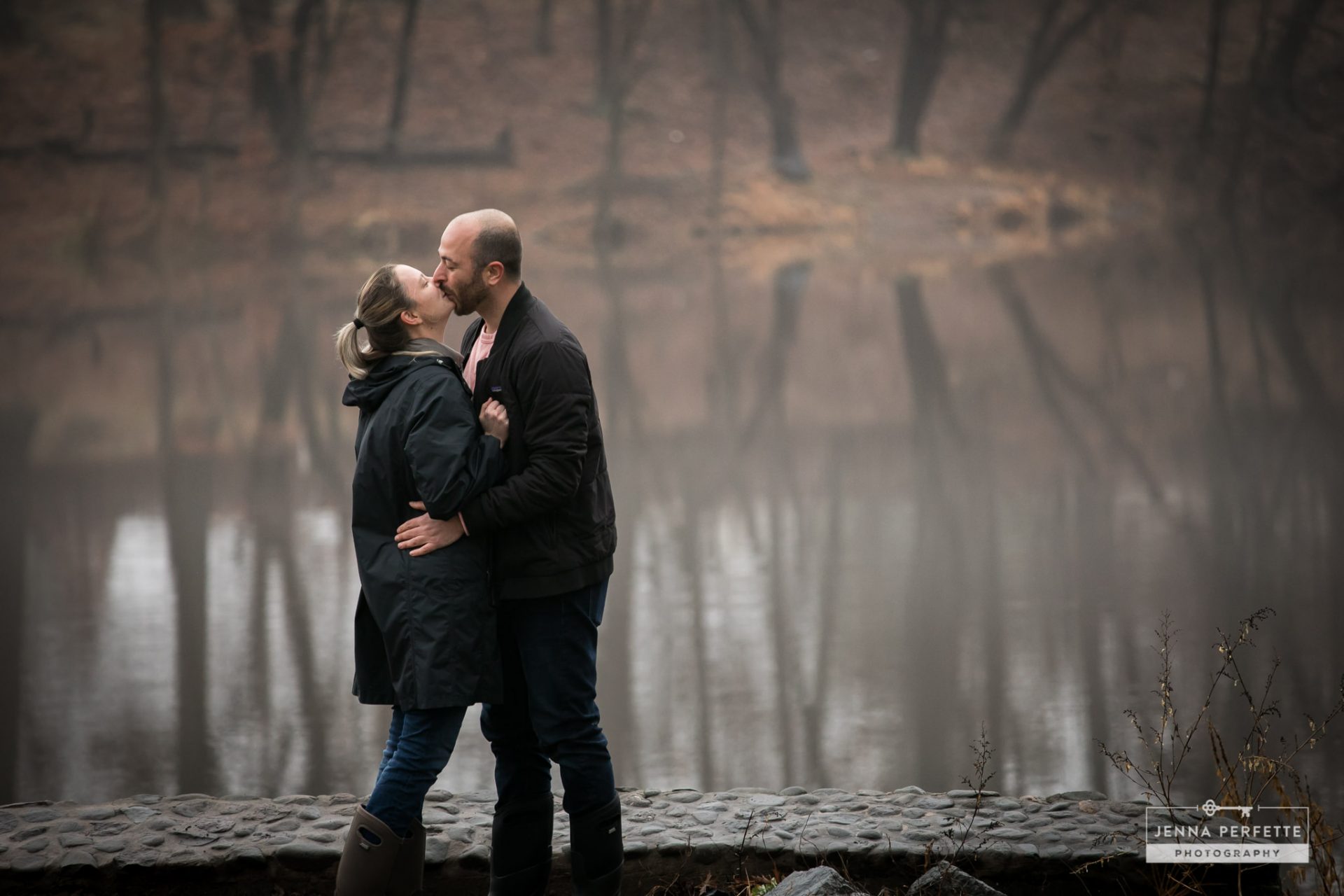 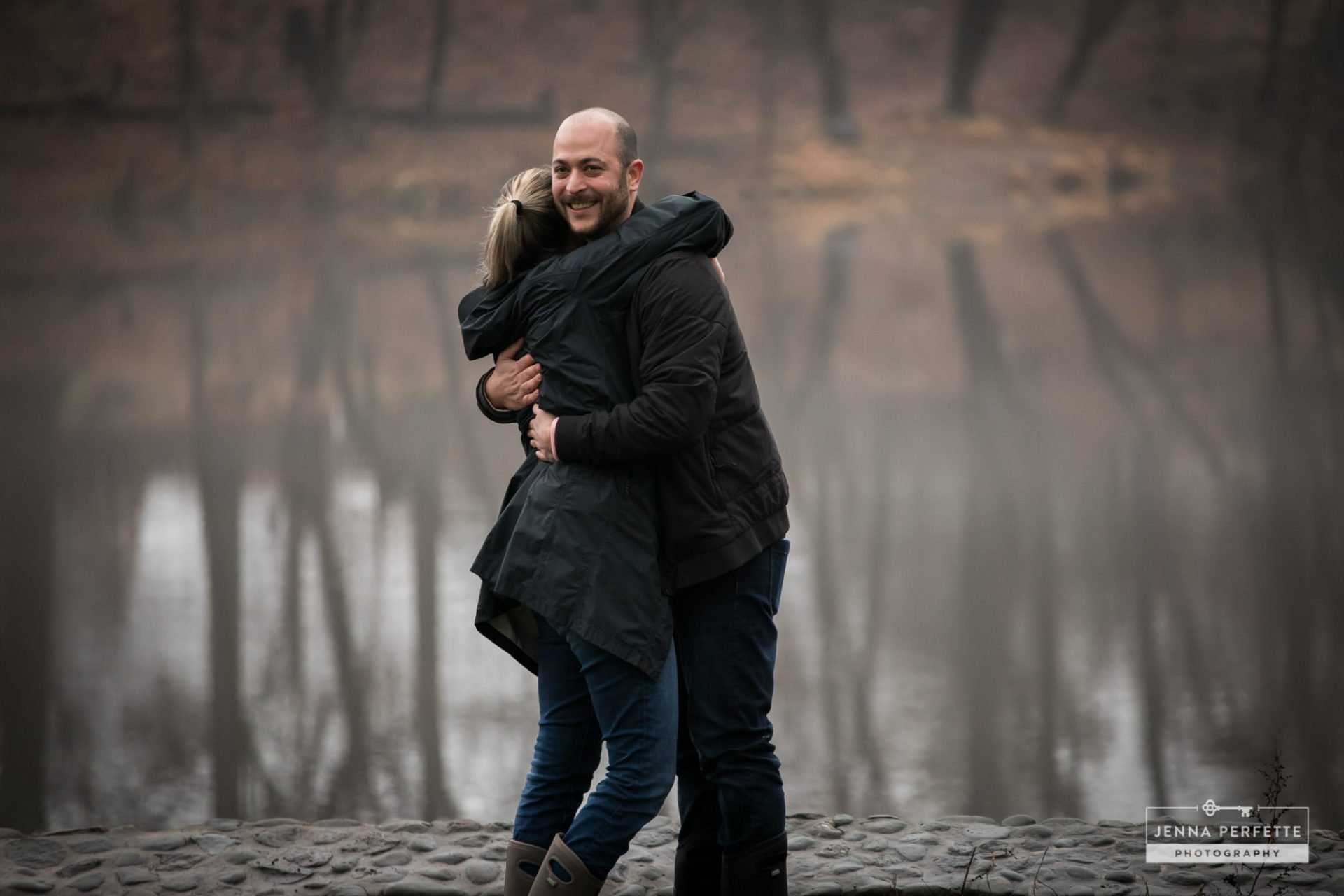 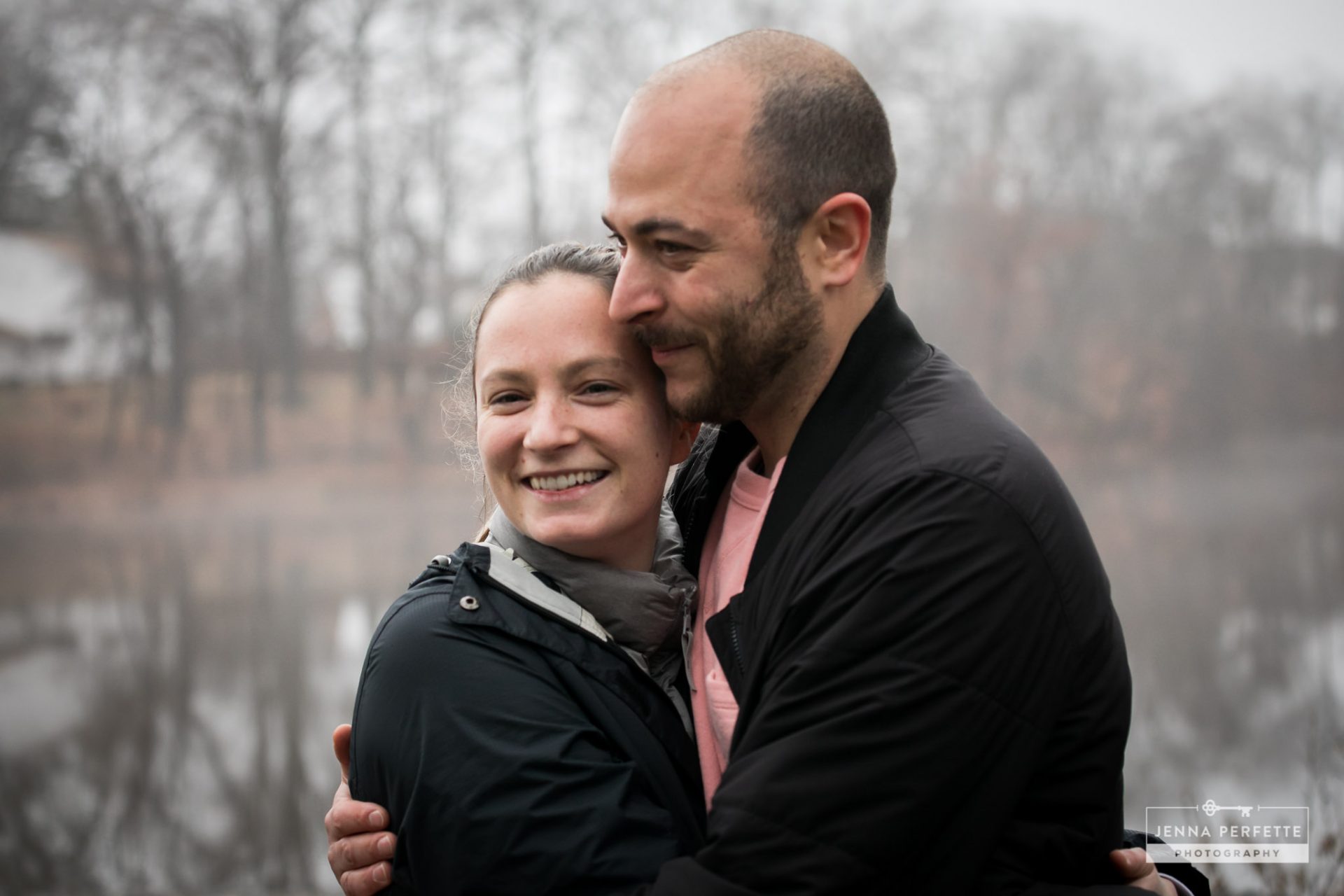 Joe picked out this beautifully unique ring for Chelsea. 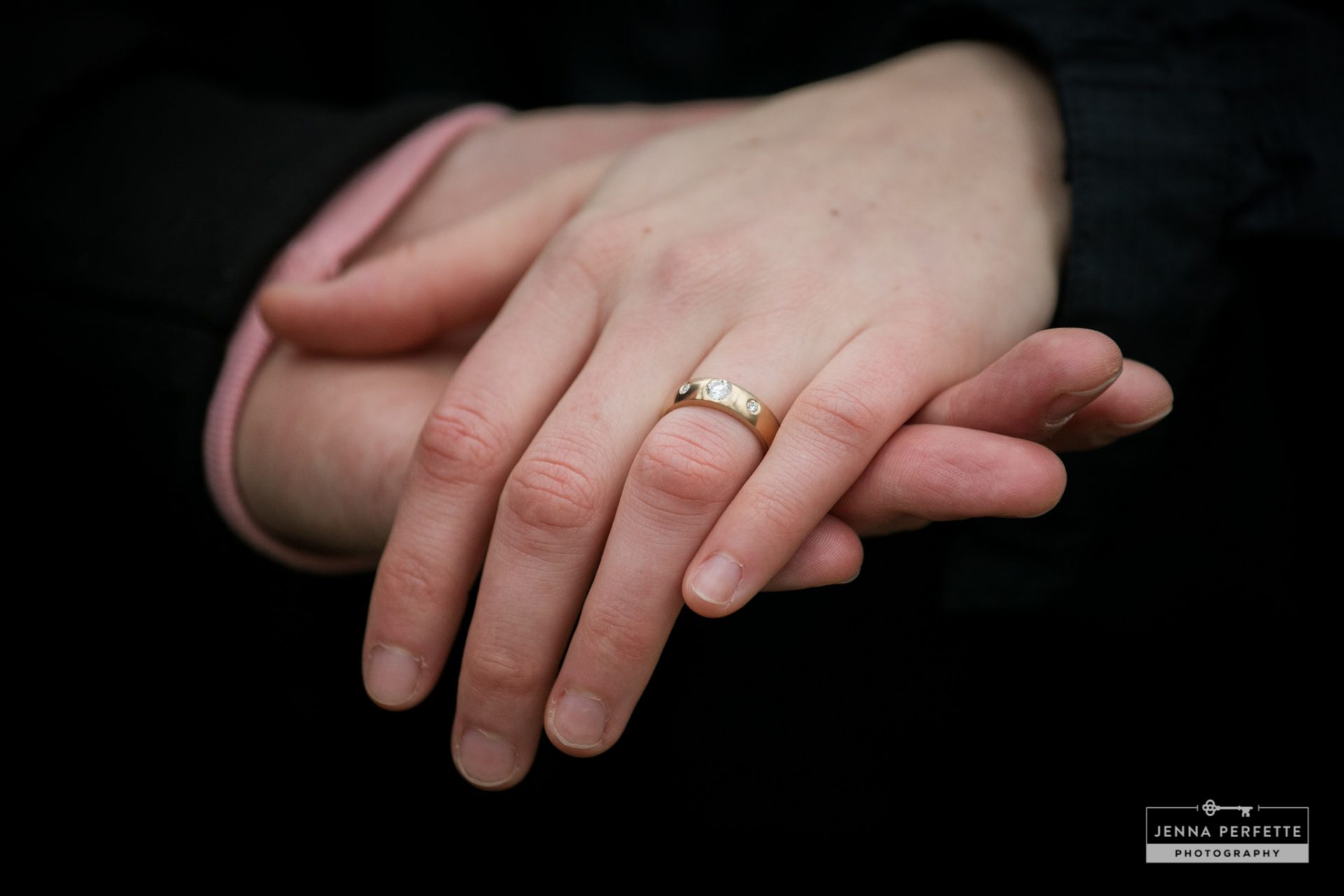 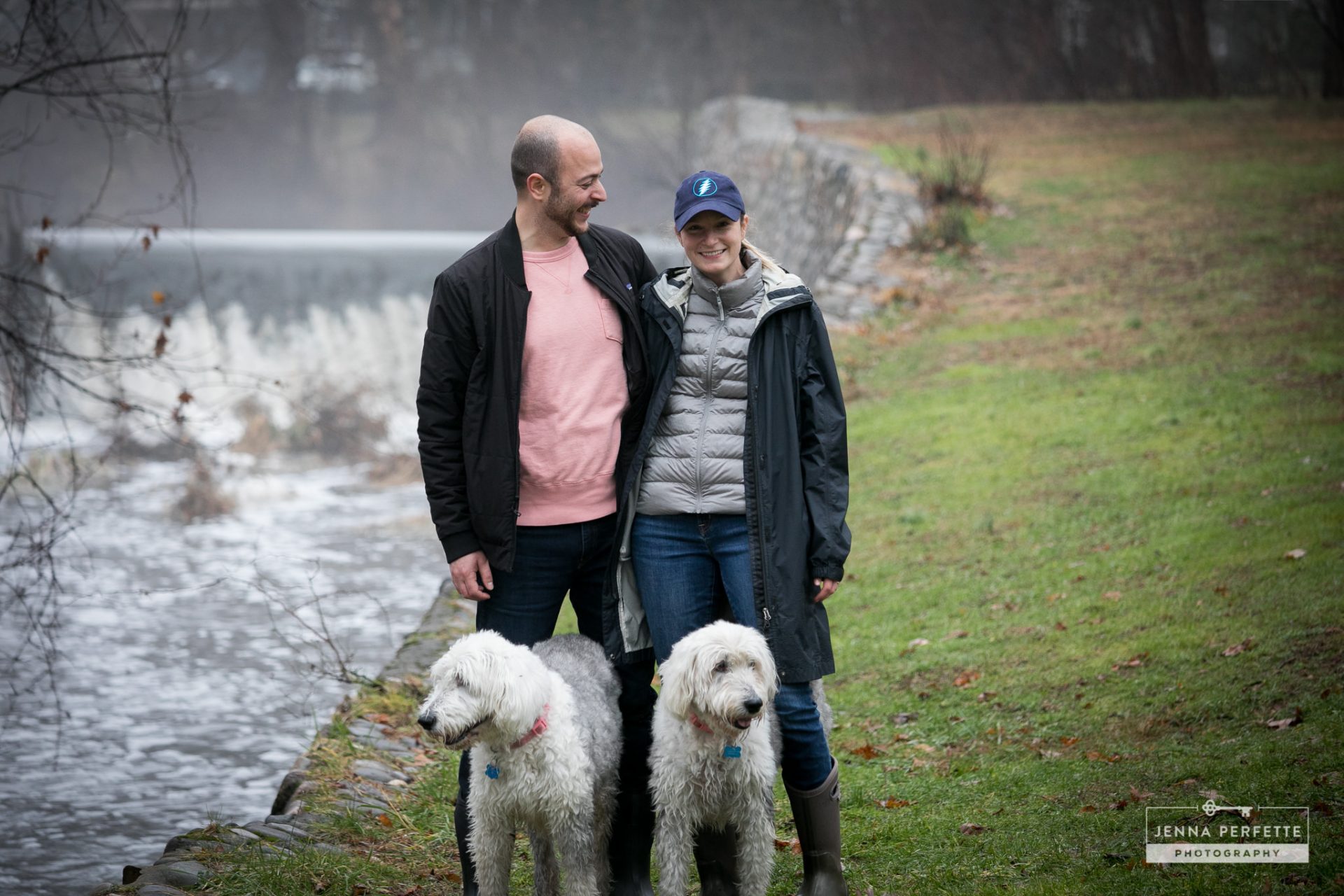 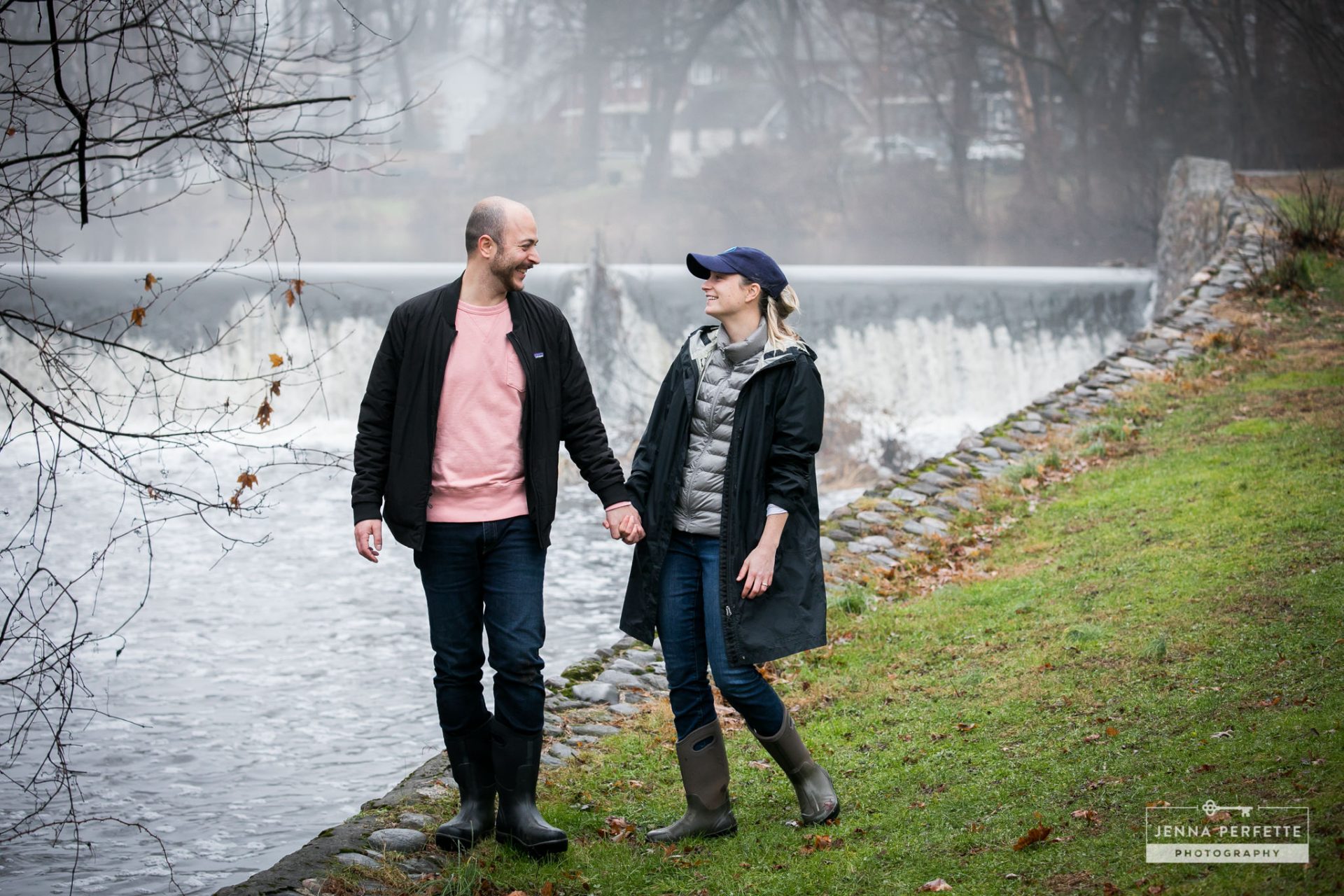 Still in shock, Chelsea is putting the pieces together of all the tiny events that transpired in the past few days to make this moment the one Joe had envisioned. 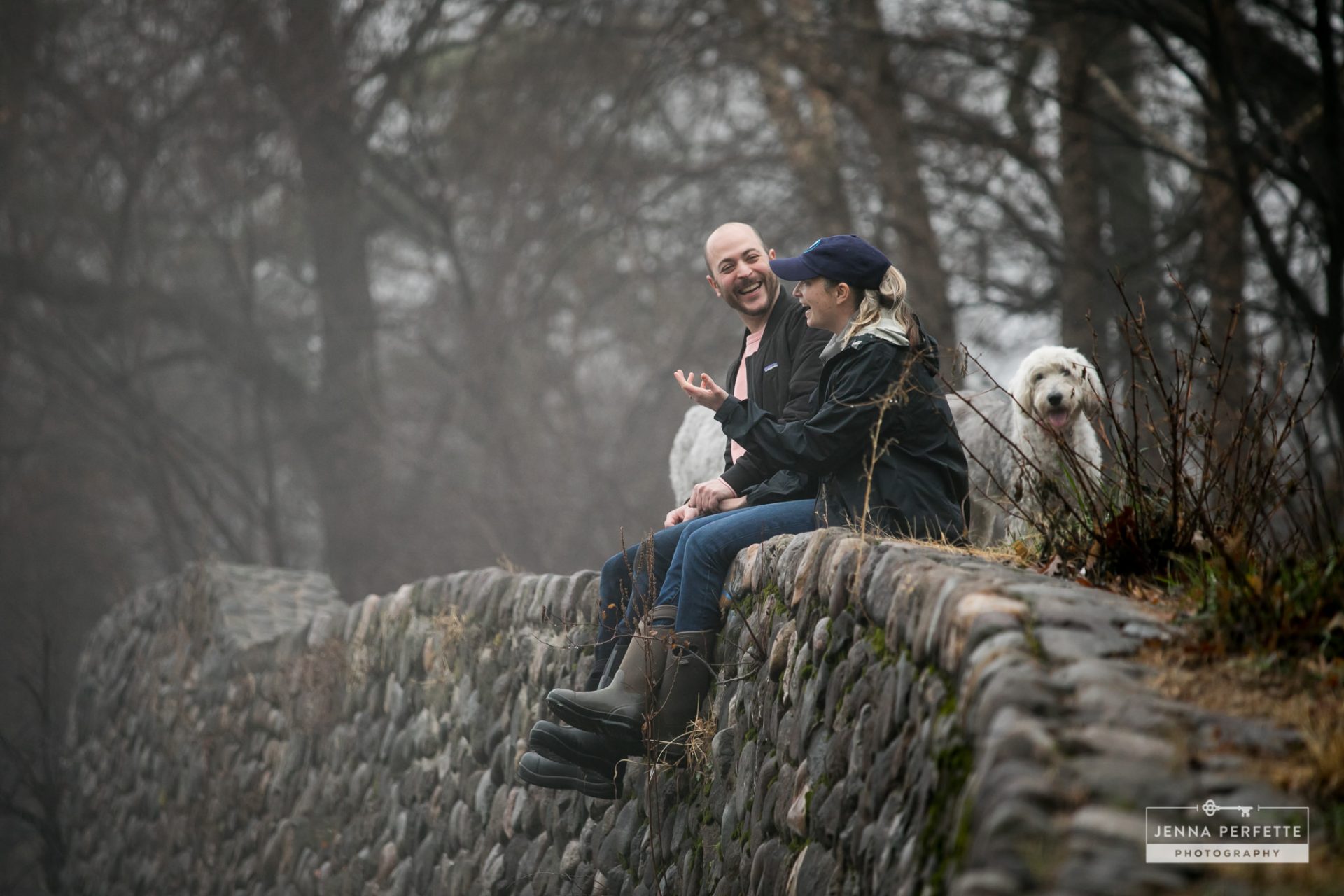 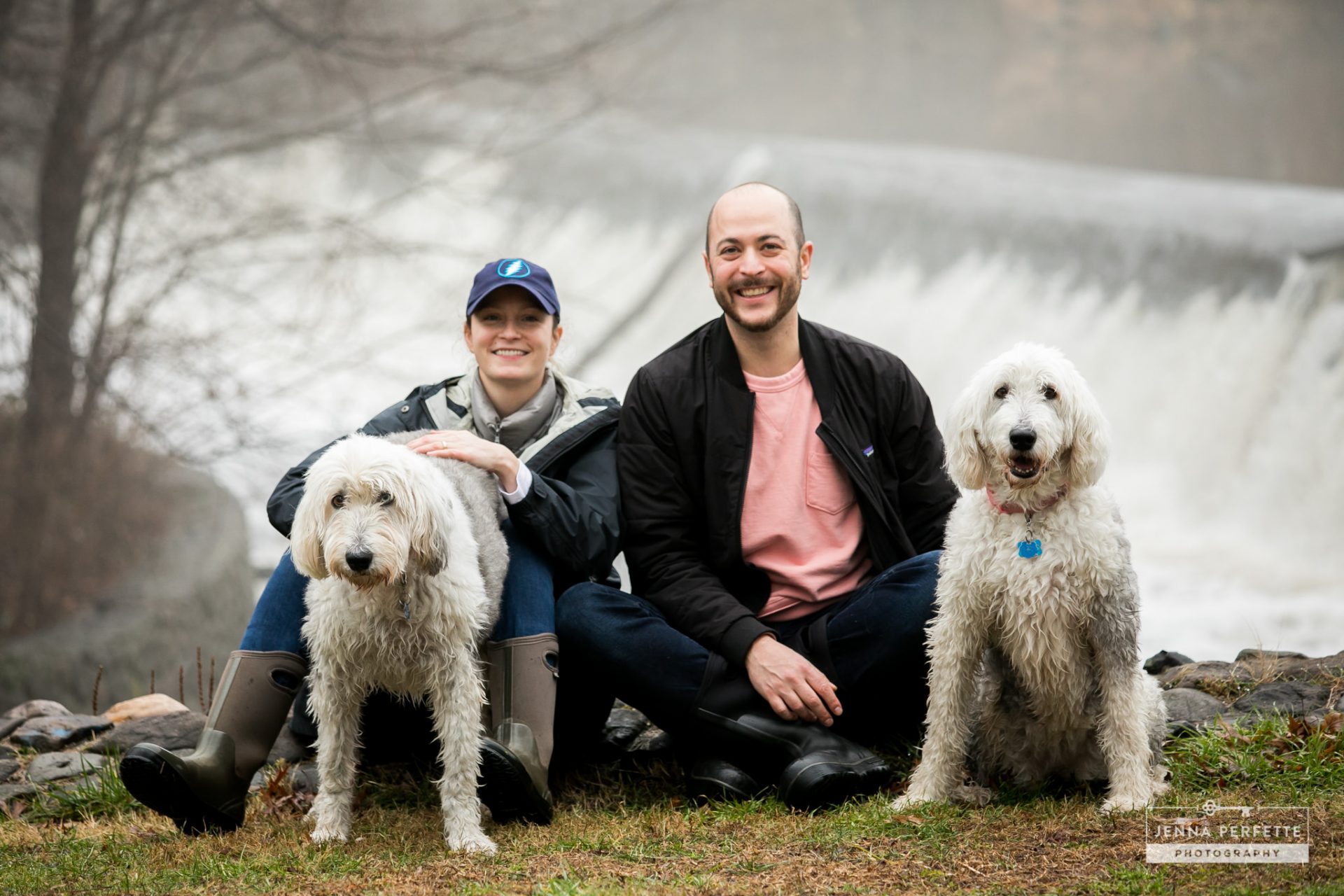 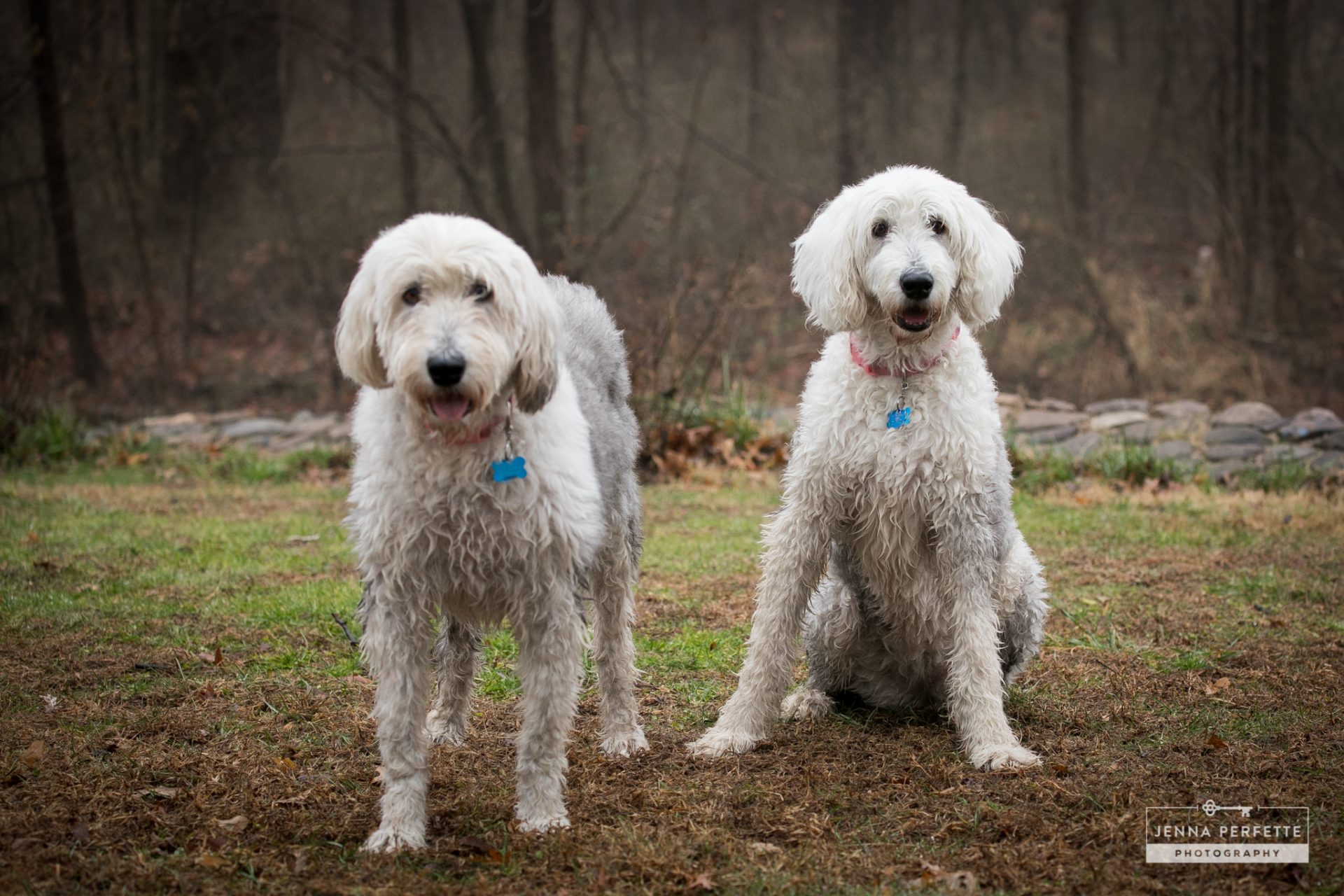 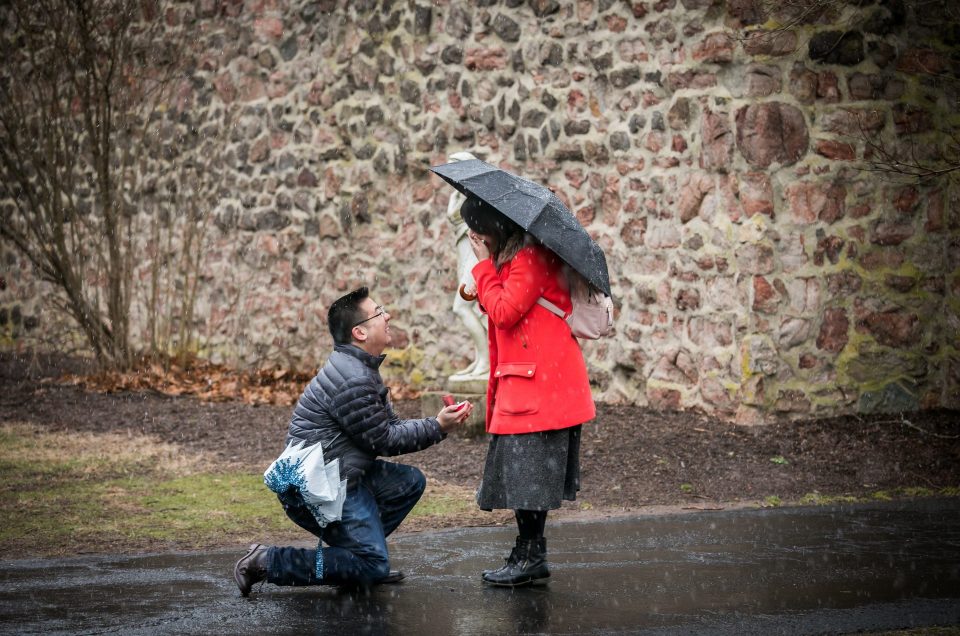