Andy & Fallon had just recently bought a house in North Jersey right near a beautiful lake. When brewing on ideas for the proposal, Andy just knew the lake would be the perfect backdrop to pop the question. We had arranged for the moment to happen with the lake view in the background where the next chapter of their story would unfold.

This particular Sunday morning, Andy planned for the two of them to go to breakfast and then take a stroll along the lake. Of course, as they got to the lake, it started lightly raining. They say rain on the wedding day is good luck, so I imagine that luck extends to proposal days too, right?

Despite having shot many proposals, they are still very nerve wracking! I was trying to be even more more inconspicuous than usual this time. I’ve know Andy for years from our networking group, BNI and had met even Fallon before. I really didn’t want to risk her recognizing me and ruin the surprise. I had my “hidden in plain sight” disguise on and thankfully it all went as planned. They arrived at the lake where Andy, very smoothly, got on one knee and asked Fallon to be his wife.

Here are some favorite shots from their summer lake front proposal! 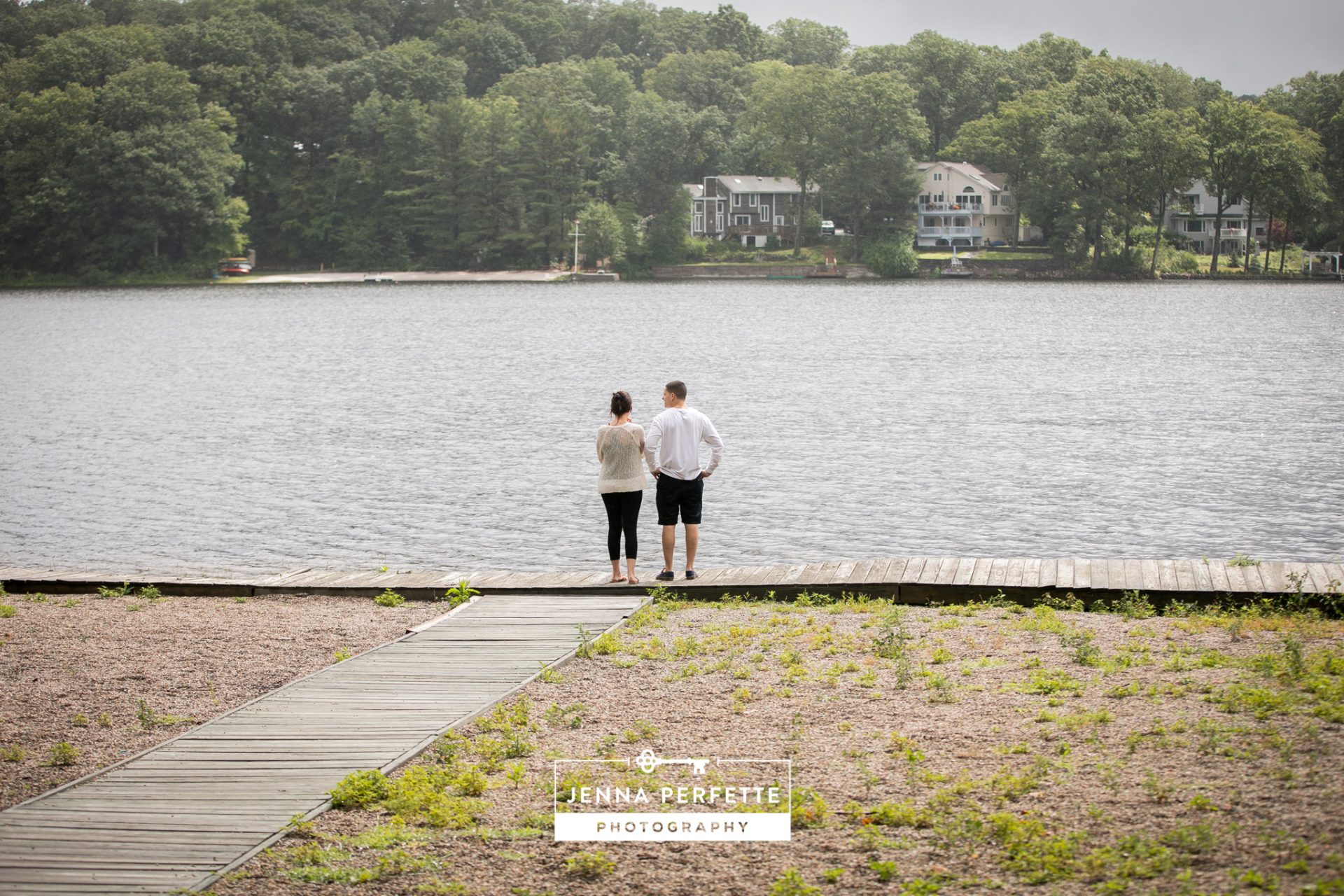 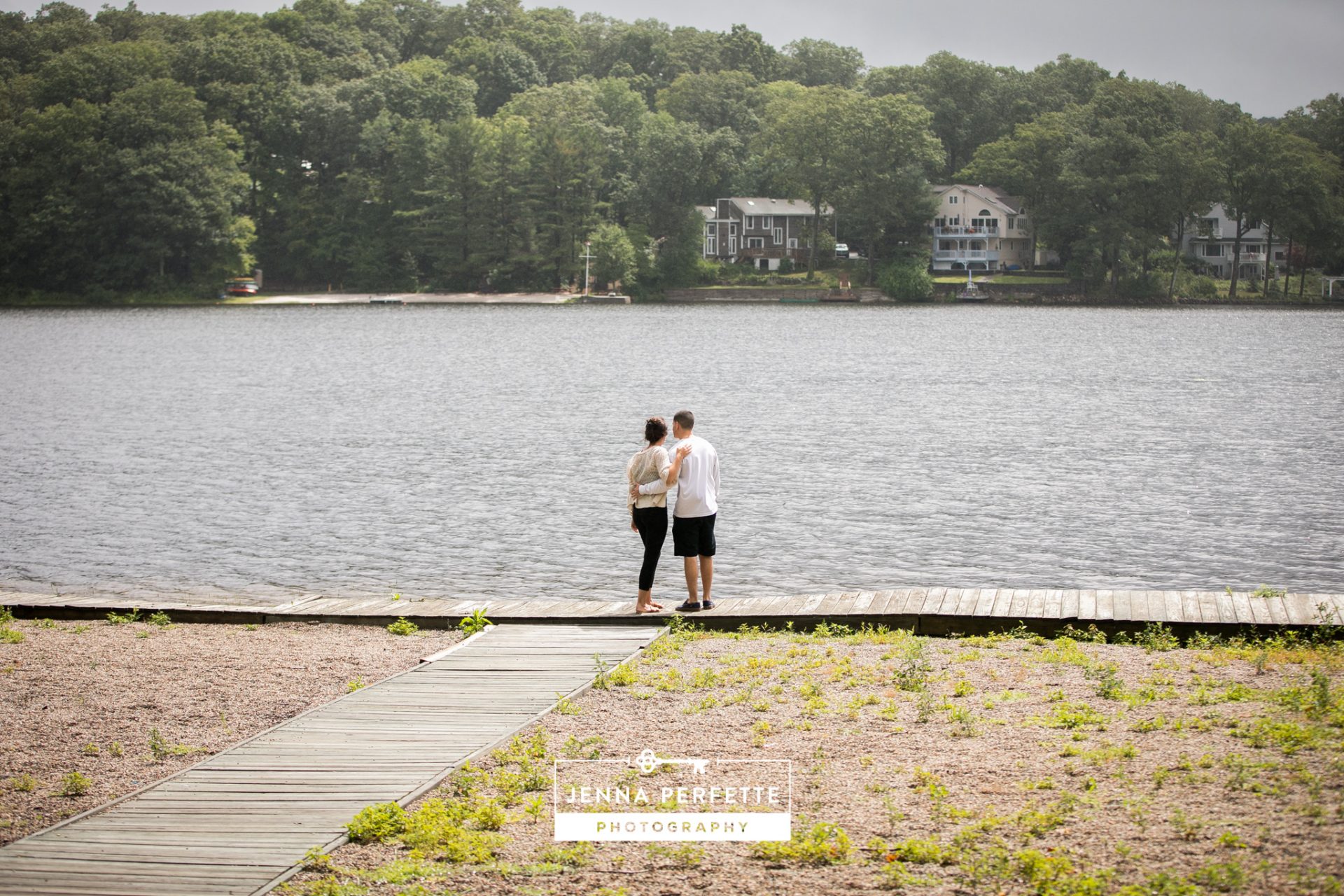 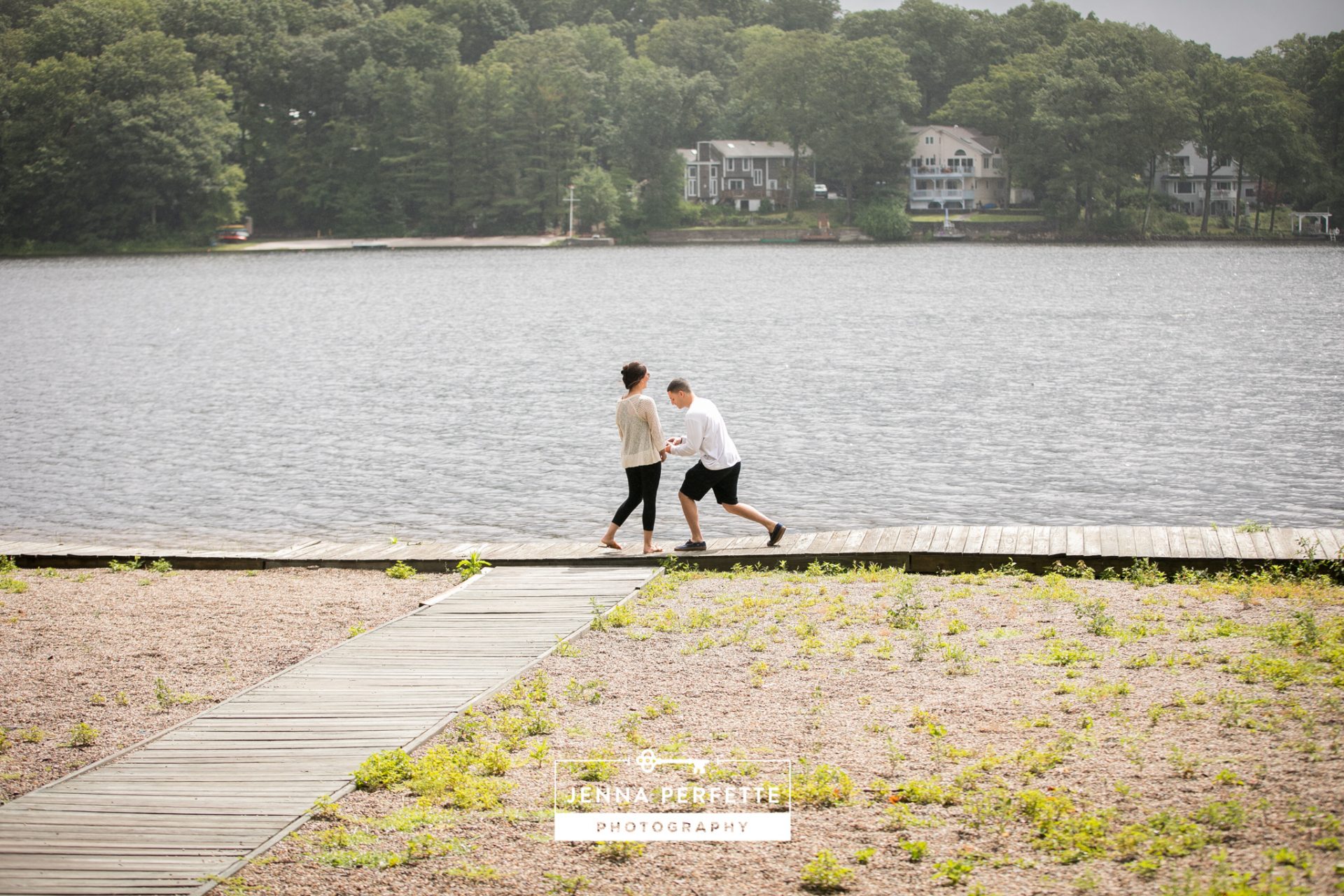 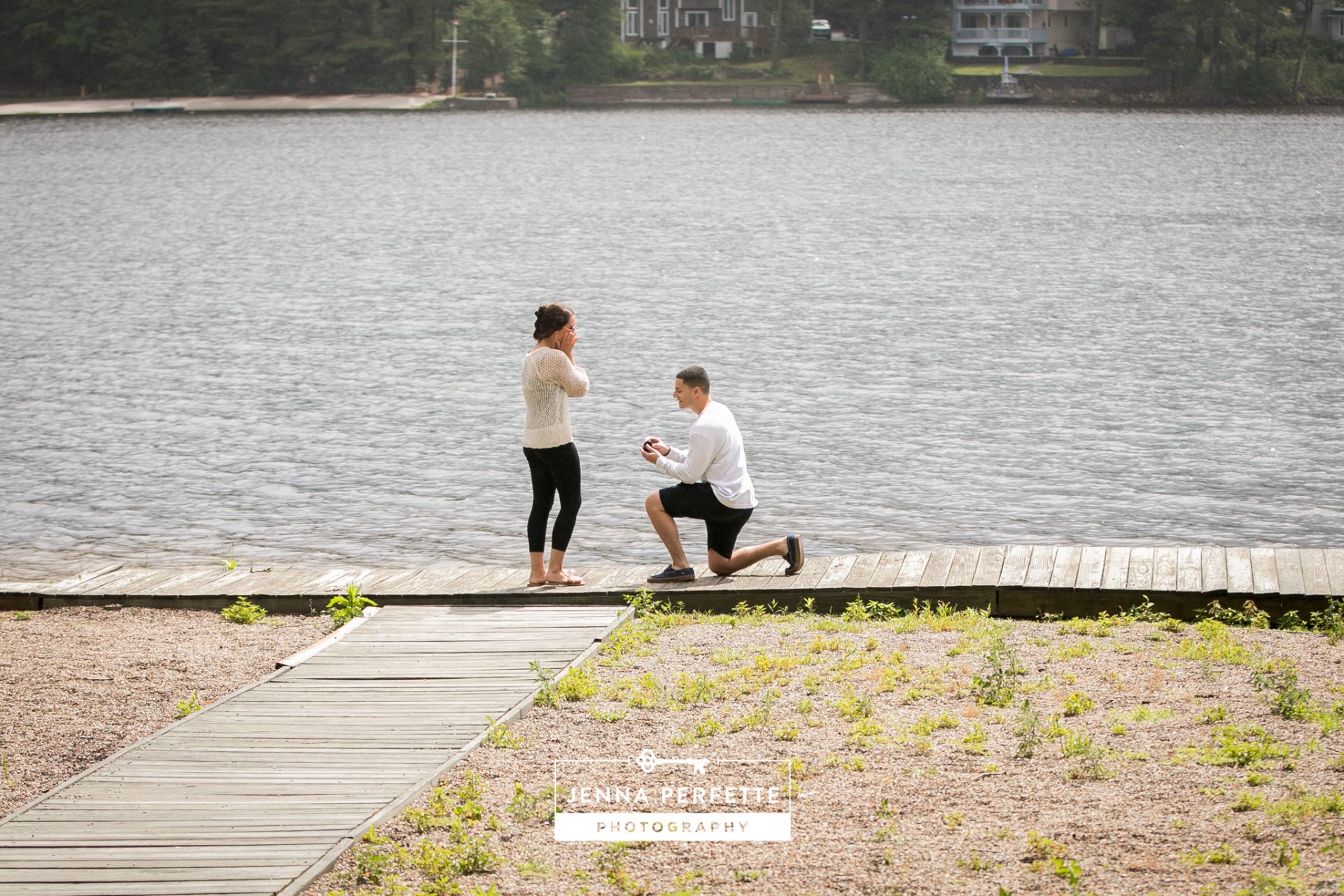 Fallon mayyyy have expected a surprise this day due to her work plans unexpectedly changing. She’s a nurse and was scheduled to work on her day off, the day Andy planned the proposal, so he reached out to one of her co-workers who then offered to cover her shift. This apparently never happens, so she could tell something was up. 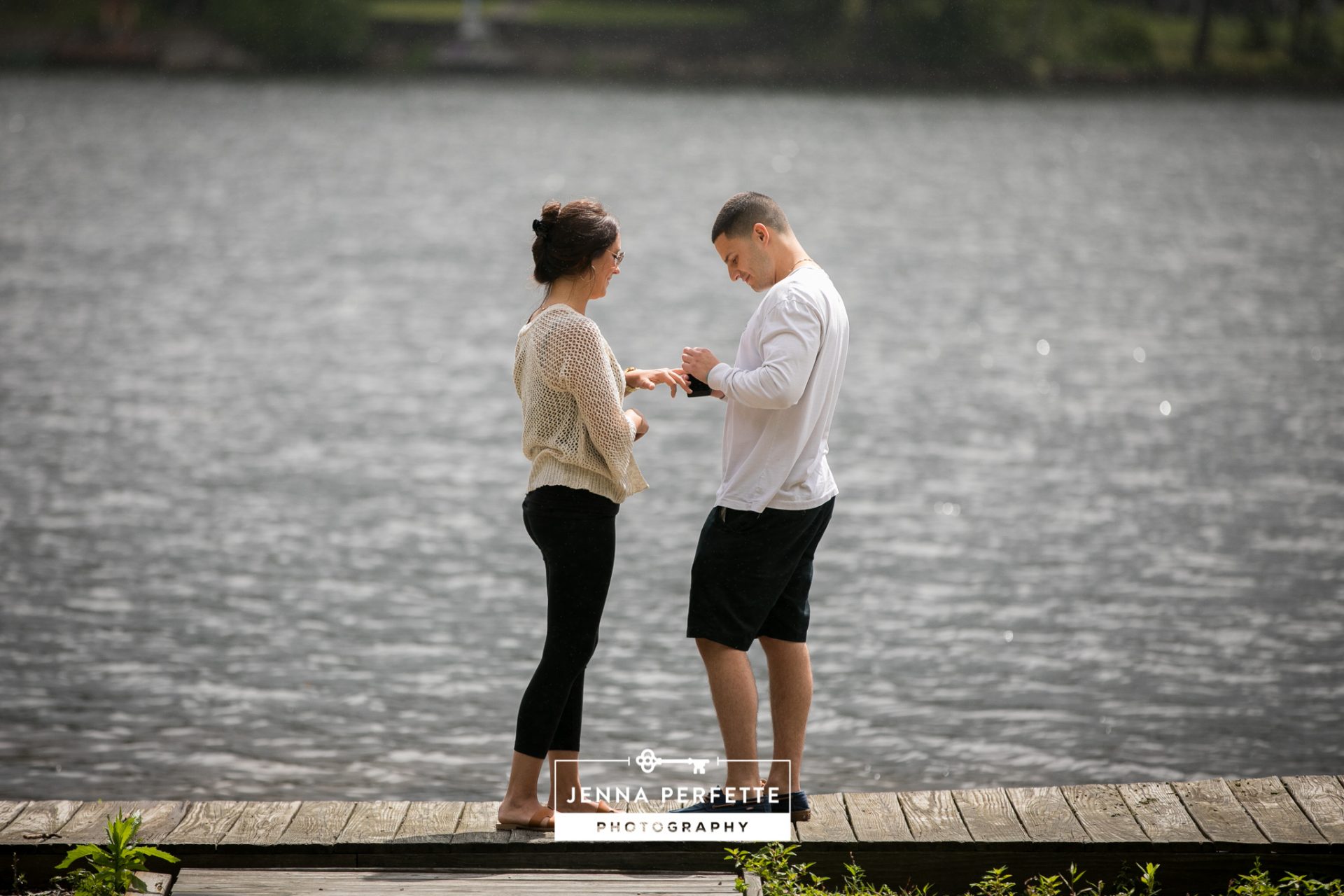 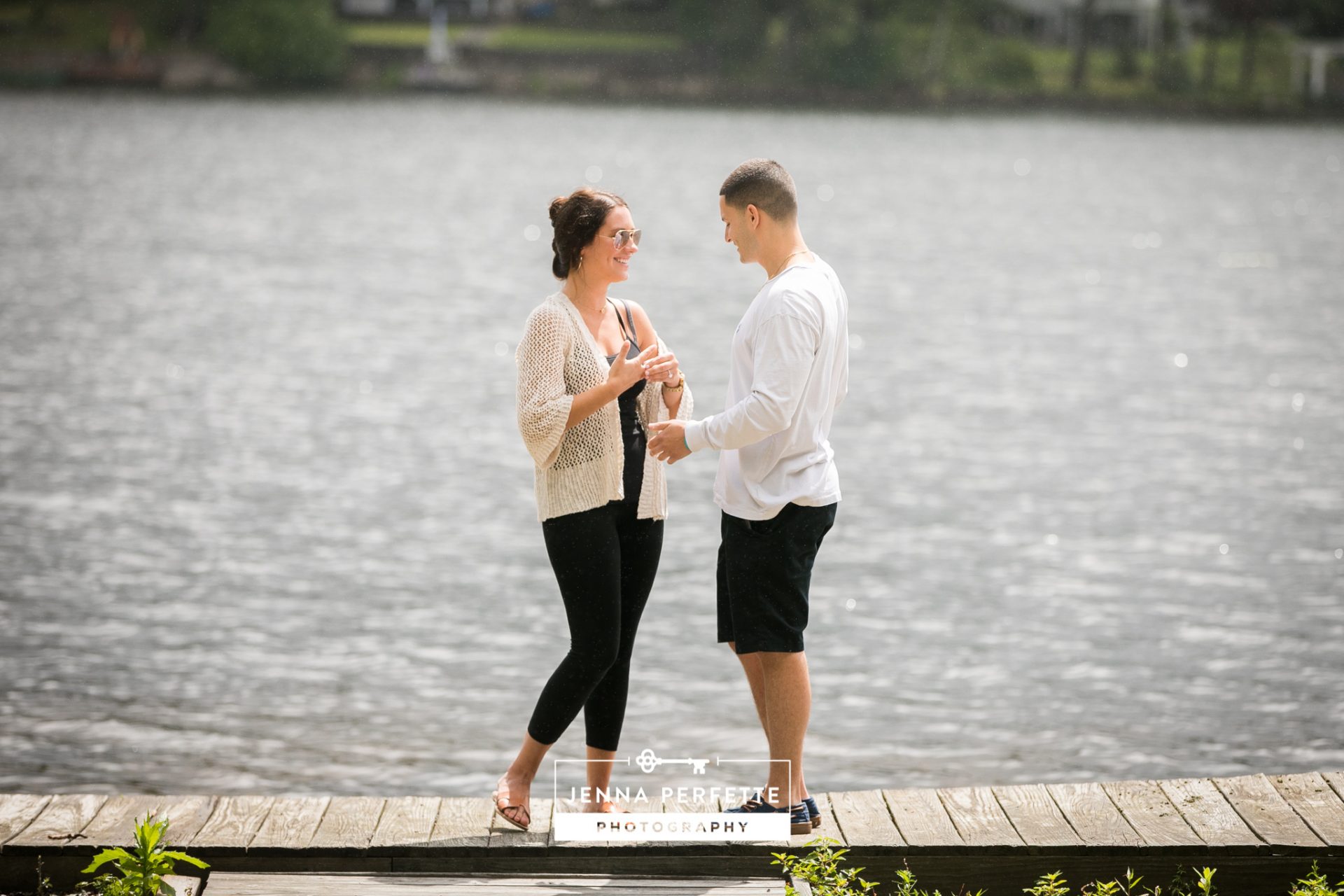 Spotted! I love that genuine reaction! 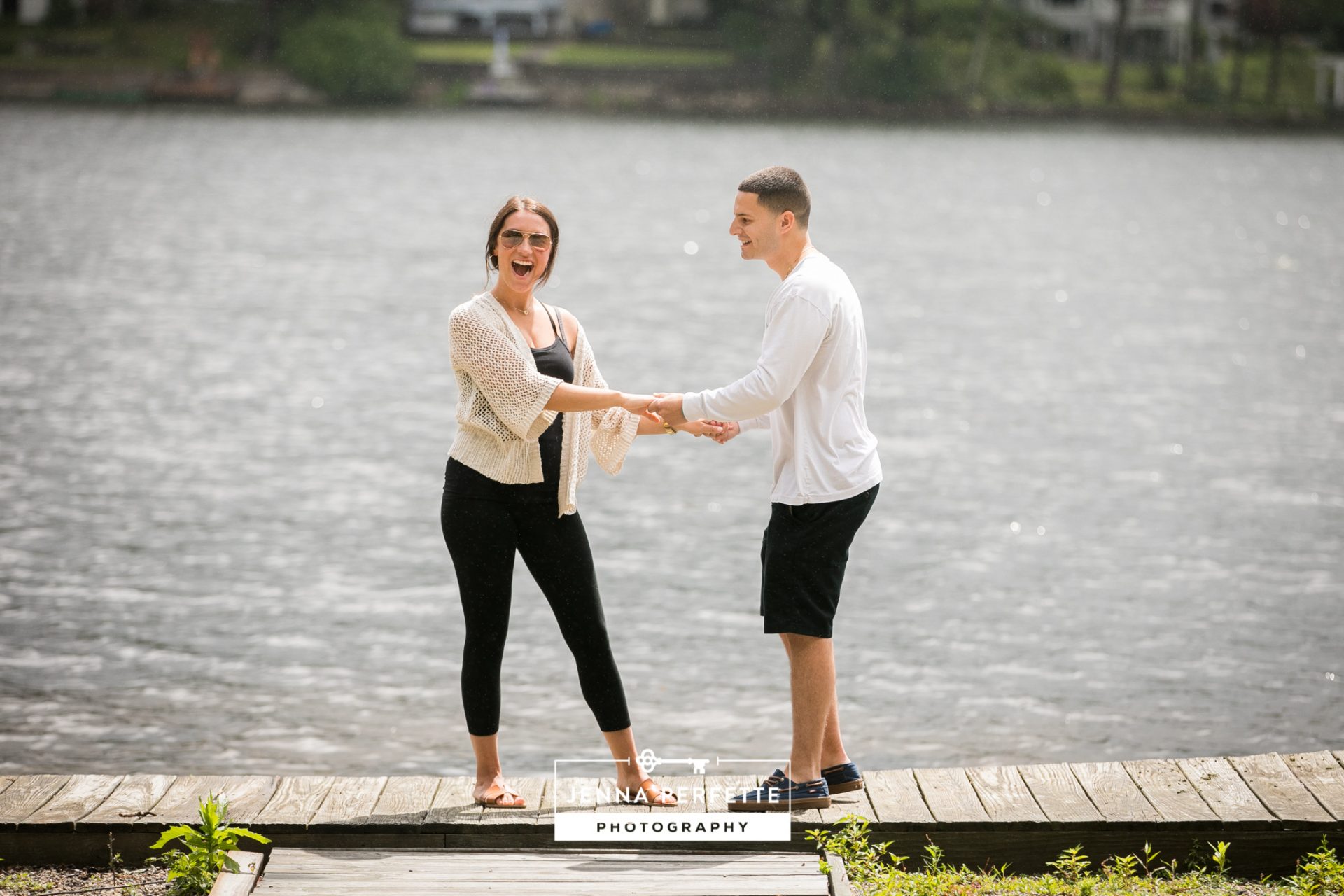 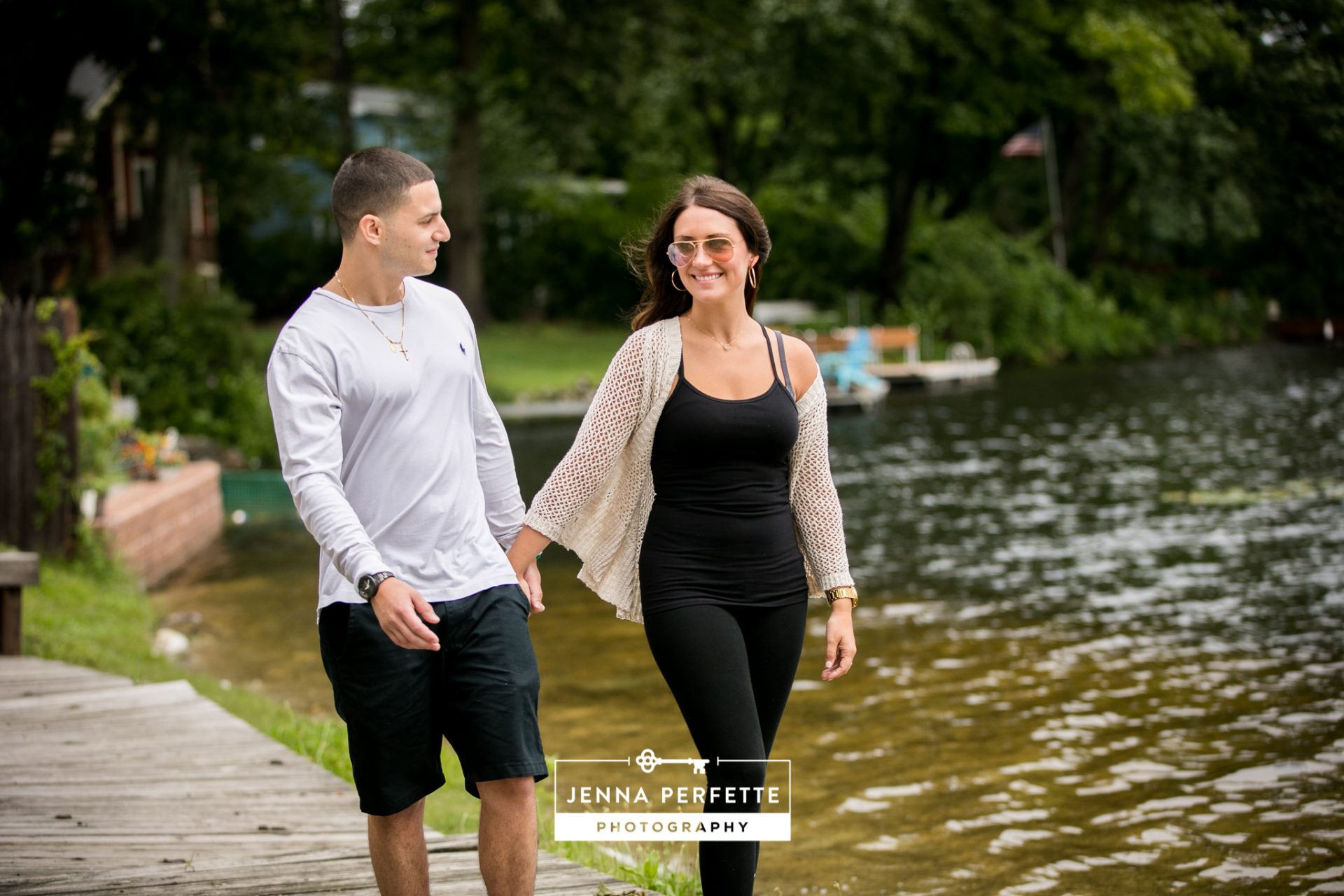 Even though they’re both still in shock, I like to sneak in a few portraits. 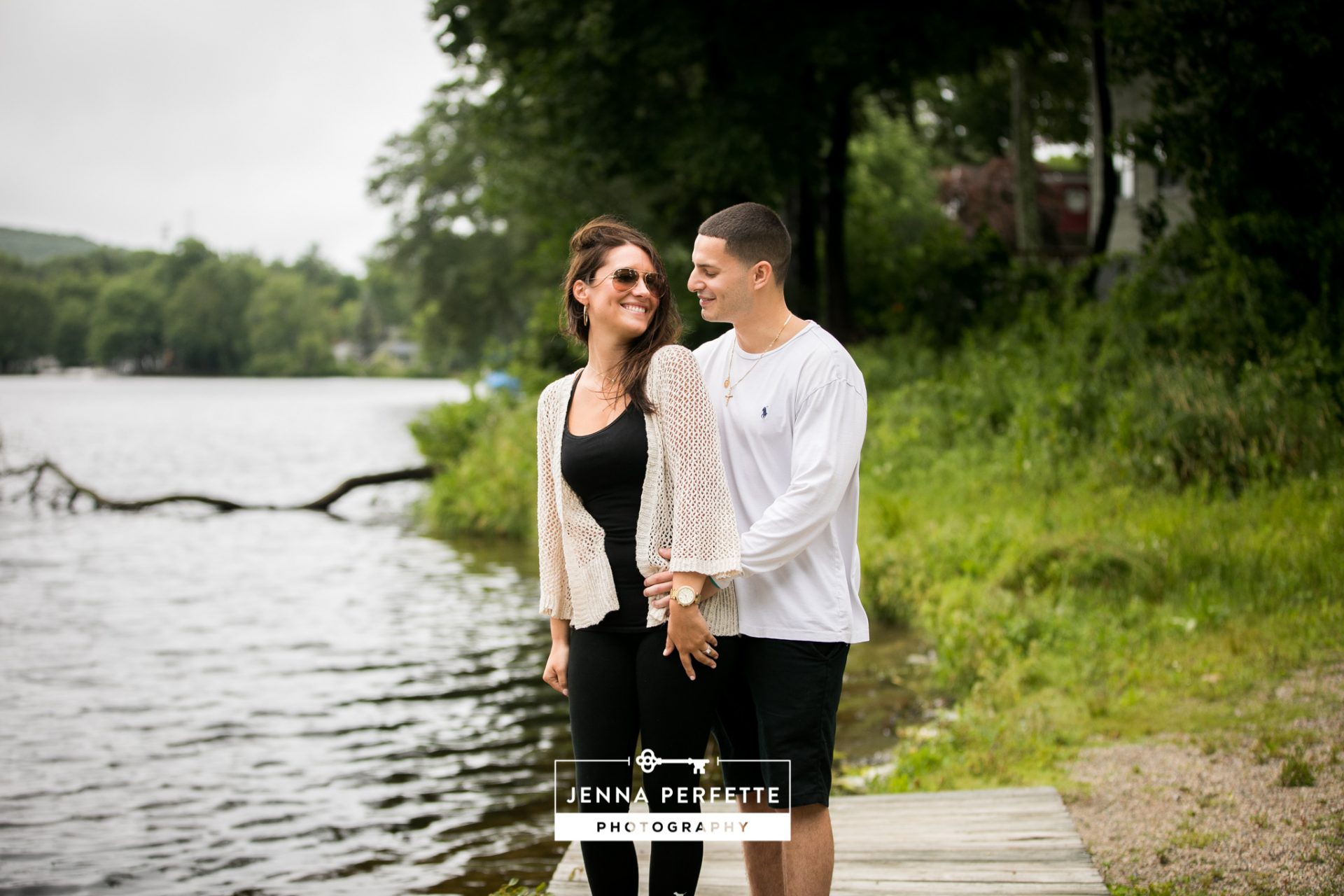 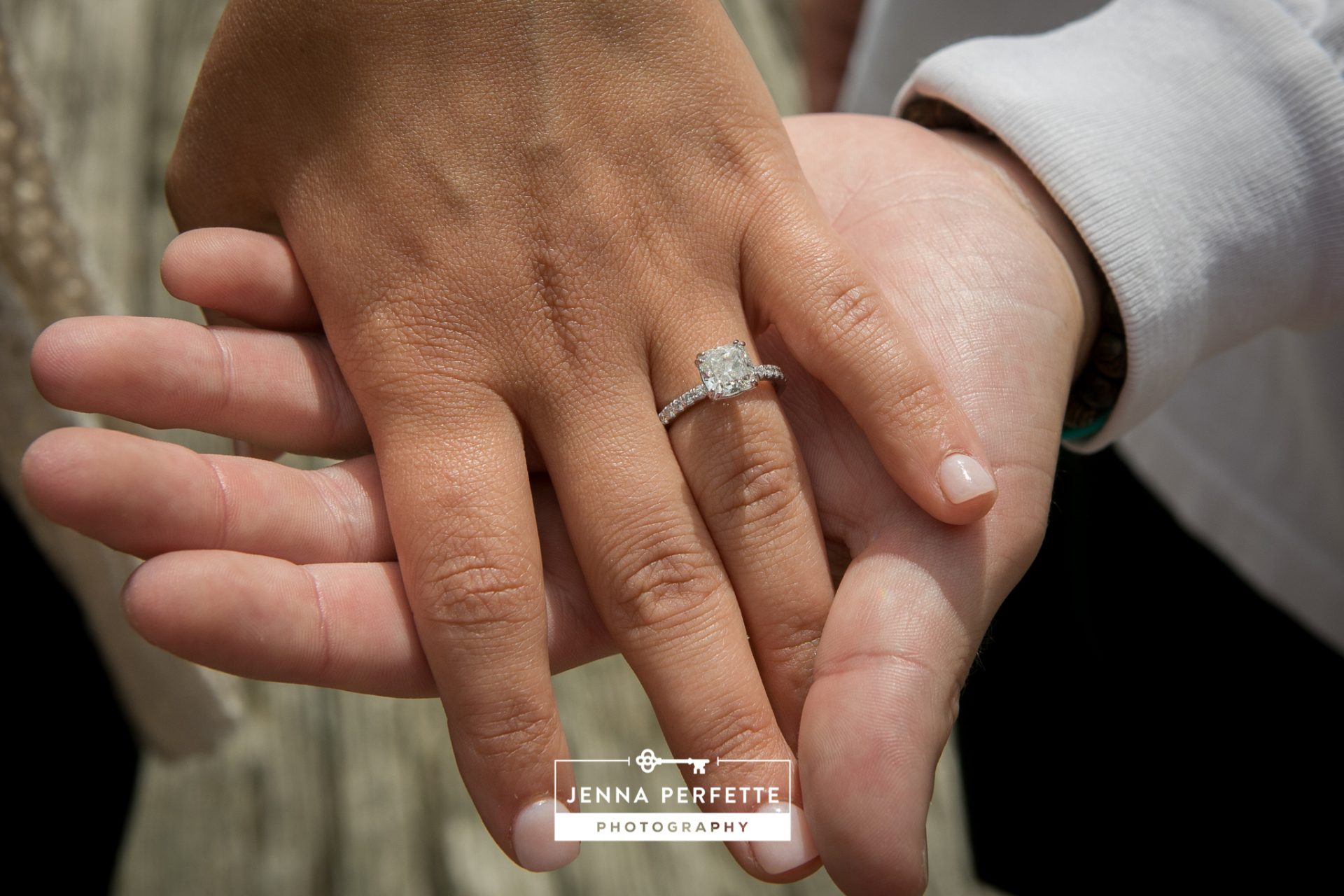 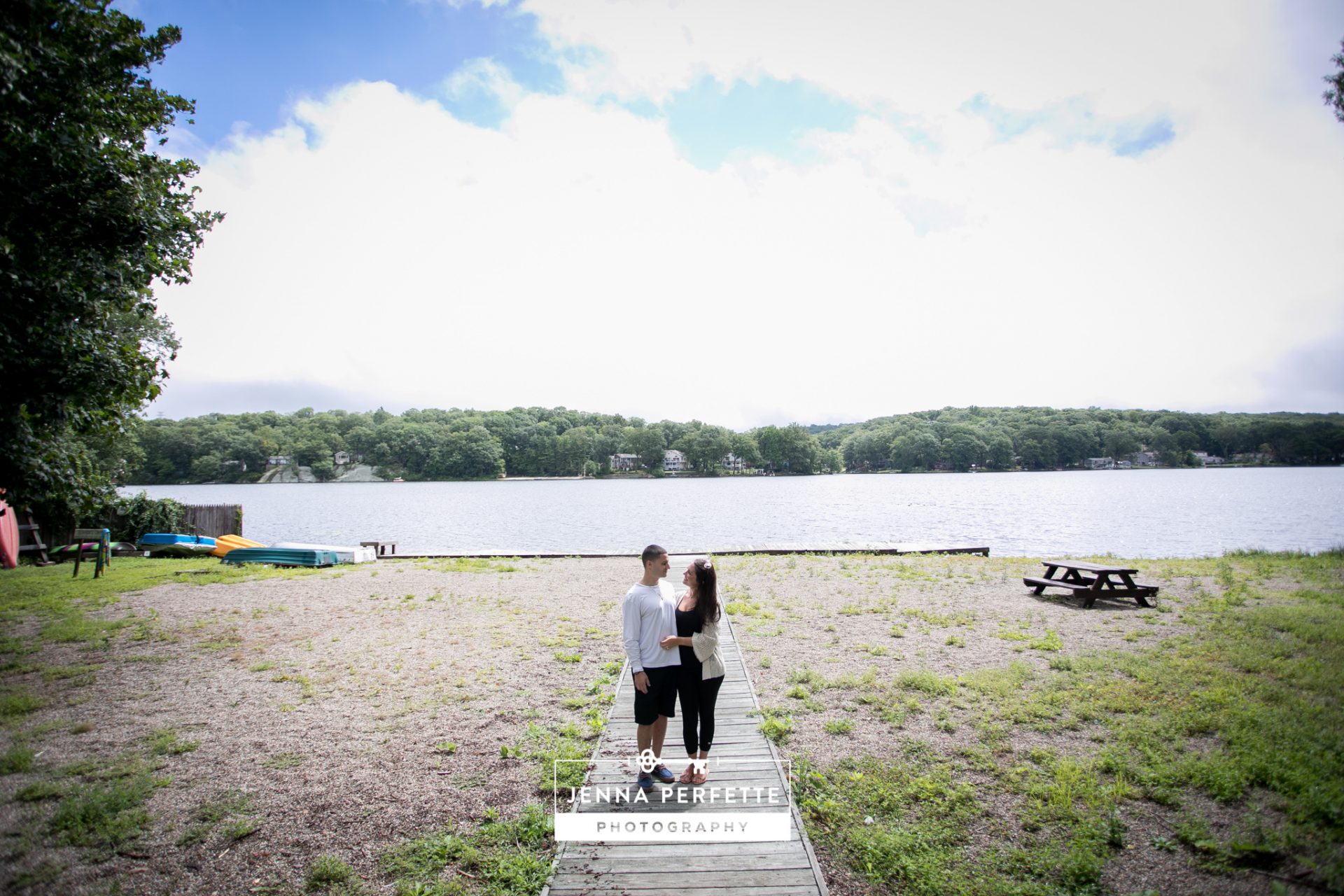 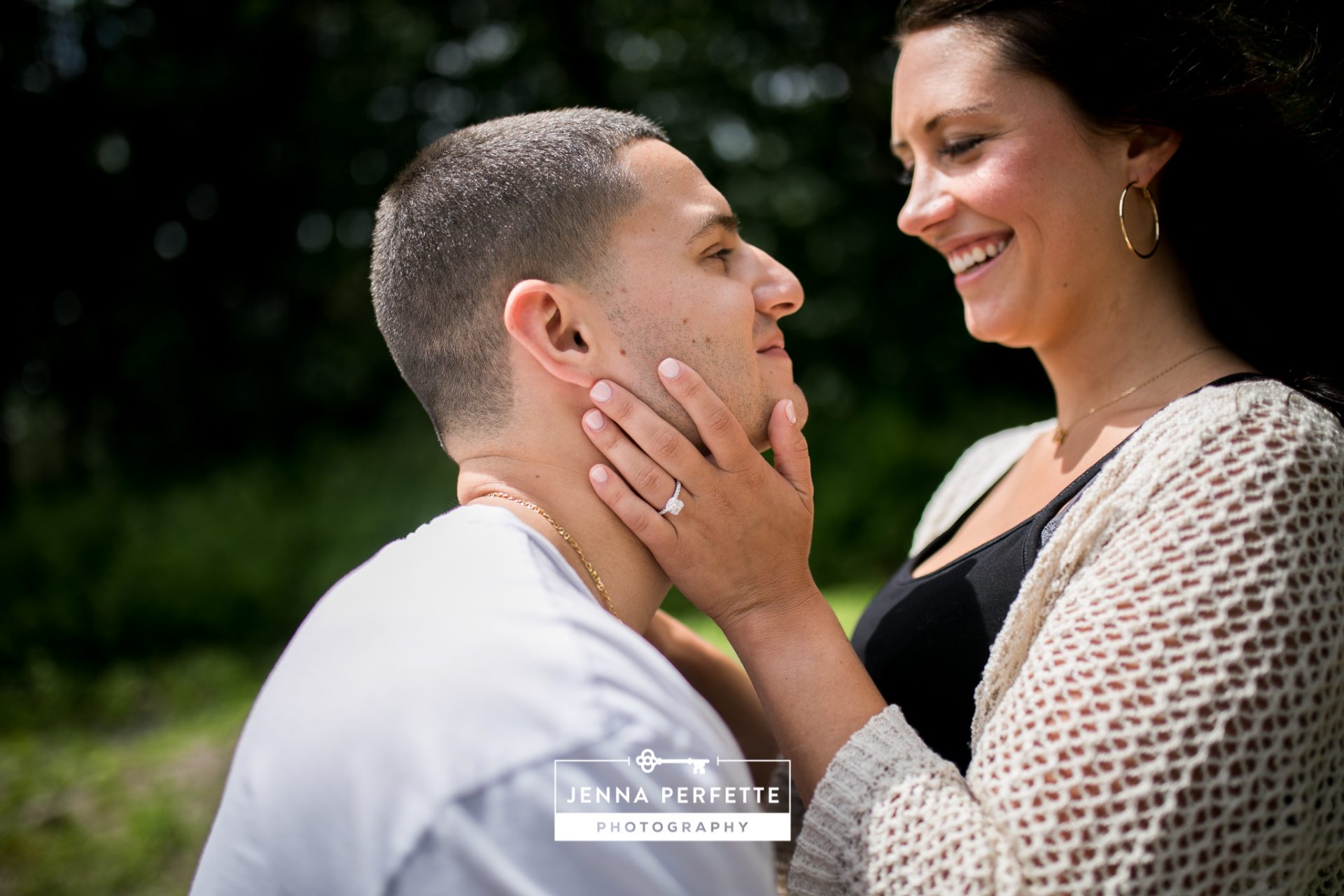 The two love birds had a May 2020 wedding planned. Like many couples, they are rescheduling their date due to COVID-19. Although it’s not the date they had dreamed of, it will be worth the wait. 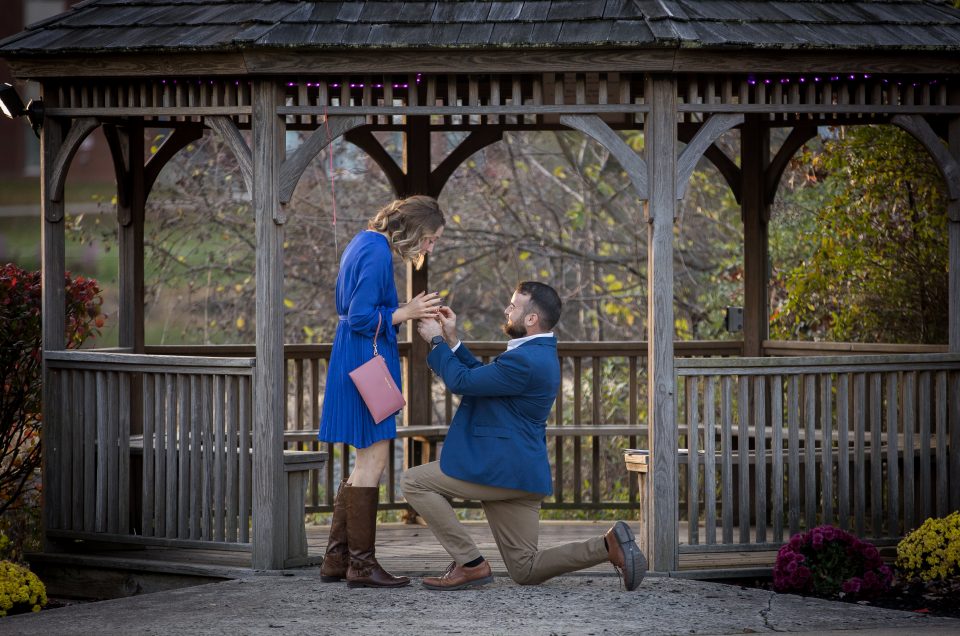 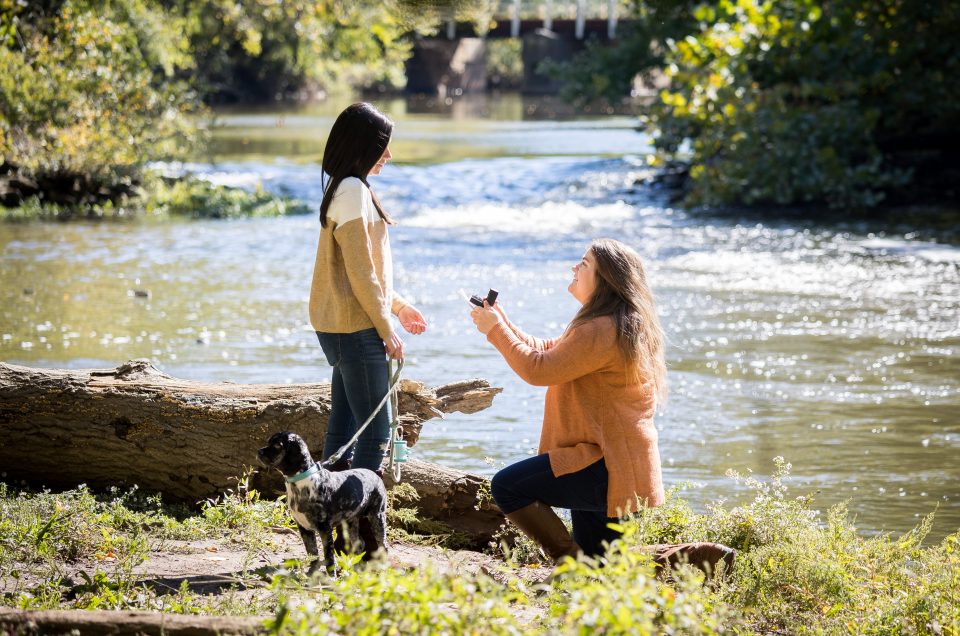