For this ice rink proposal, I was actually contacted by Nikki’s best friend, Laura, to coordinate the big moment with Fiancee-to-be. It was nice having somebody on the inside to work with and not have to worry about being incognito on the day of. That is what best friends are for, right?

They seemed very comfortable on skates, so it was clear to me that this was something they have done often enough before and ice skating is something they enjoy doing together. The plan was that I was going to be sitting on a bench just outside the ice. As soon as Adam saw me sitting there, he knew it was go time.

Here’s some favorites from their ice rink proposal at Skylands Ice World! 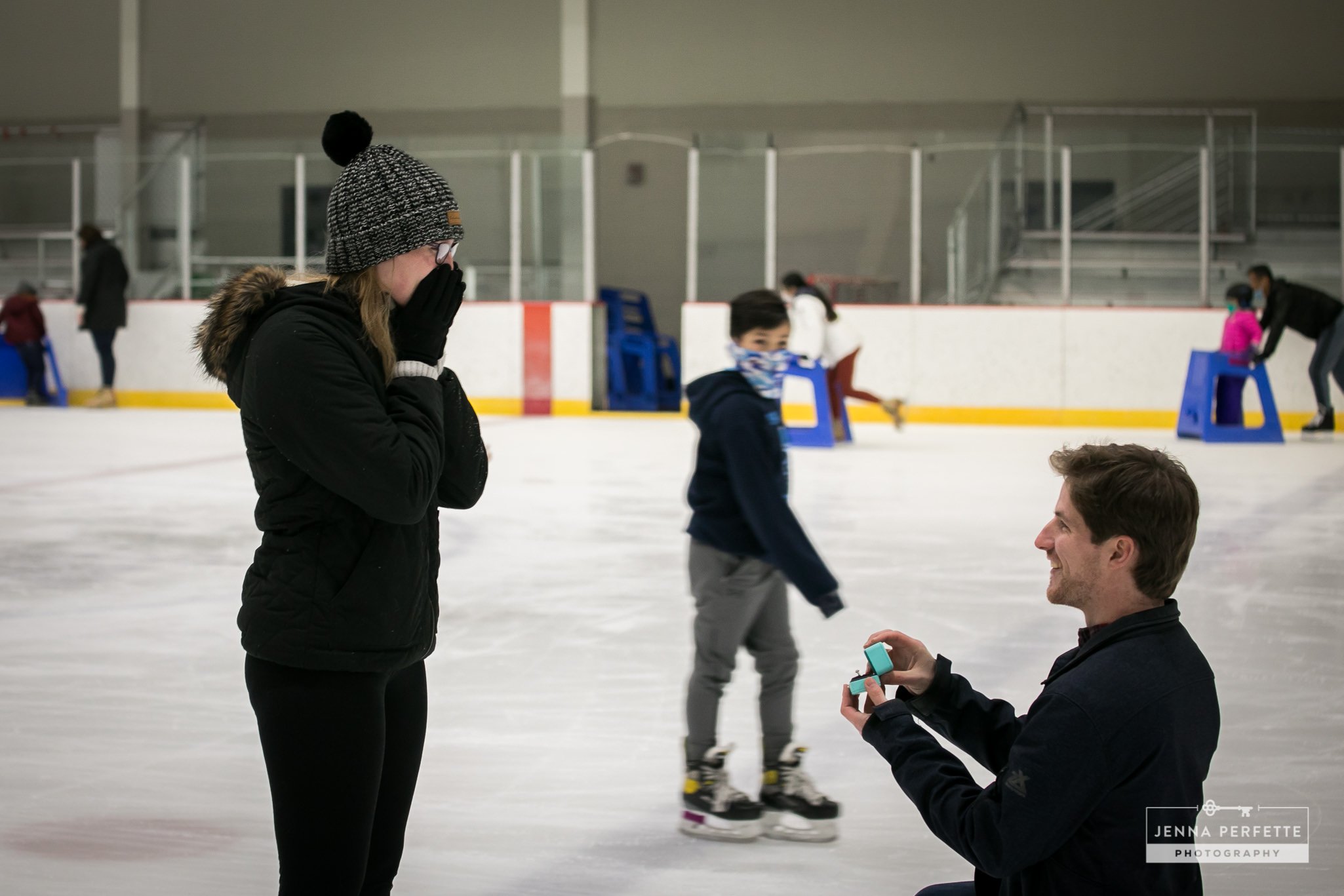 Even though it was a public skate time, there weren’t a ton of people gawking, which helped allow them to enjoy the moment to themselves. 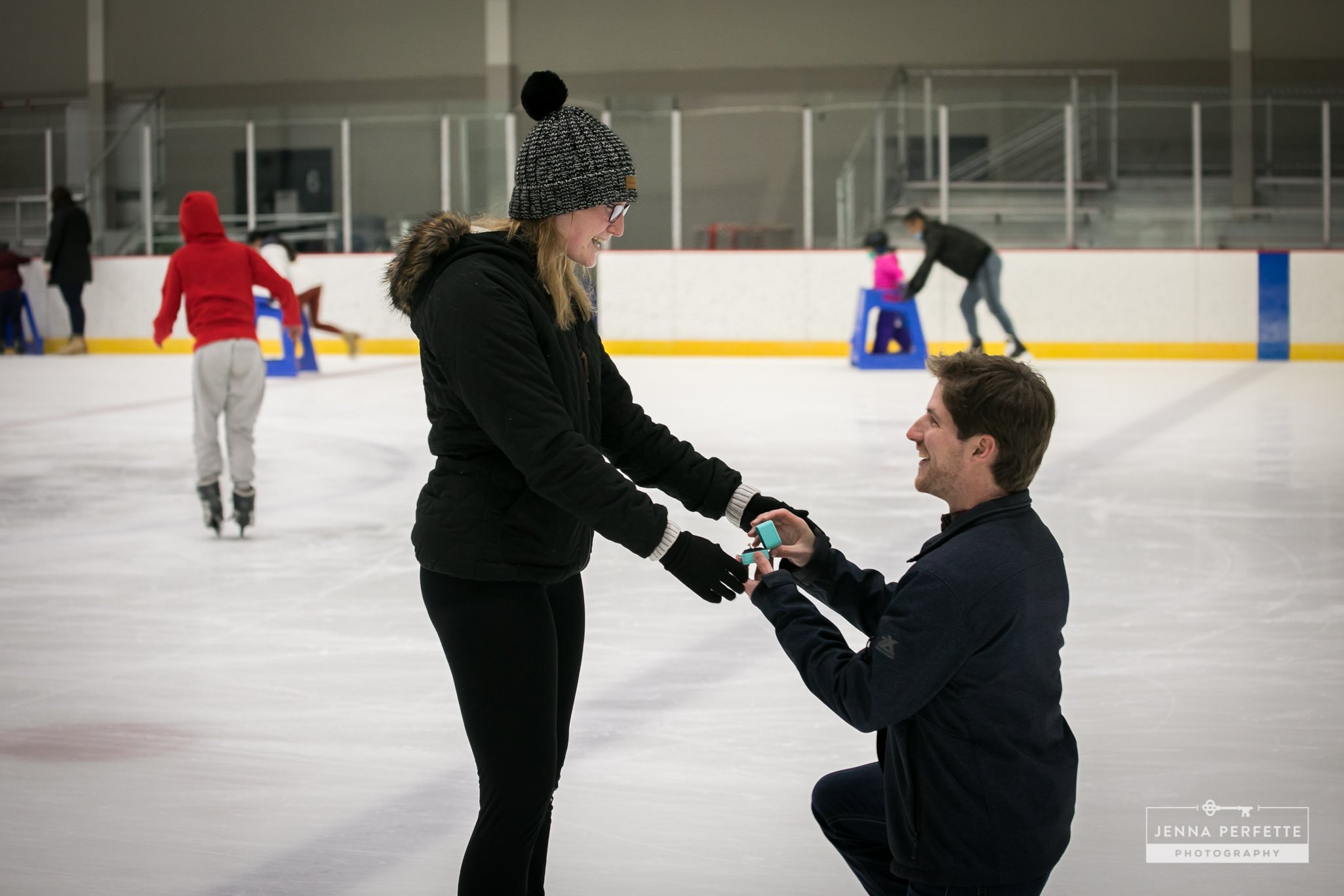 Nikki was the epitome of surprised. She had no idea this is where the day was heading and that she’d be leaving that ice rink with an engagement ring on her finger! 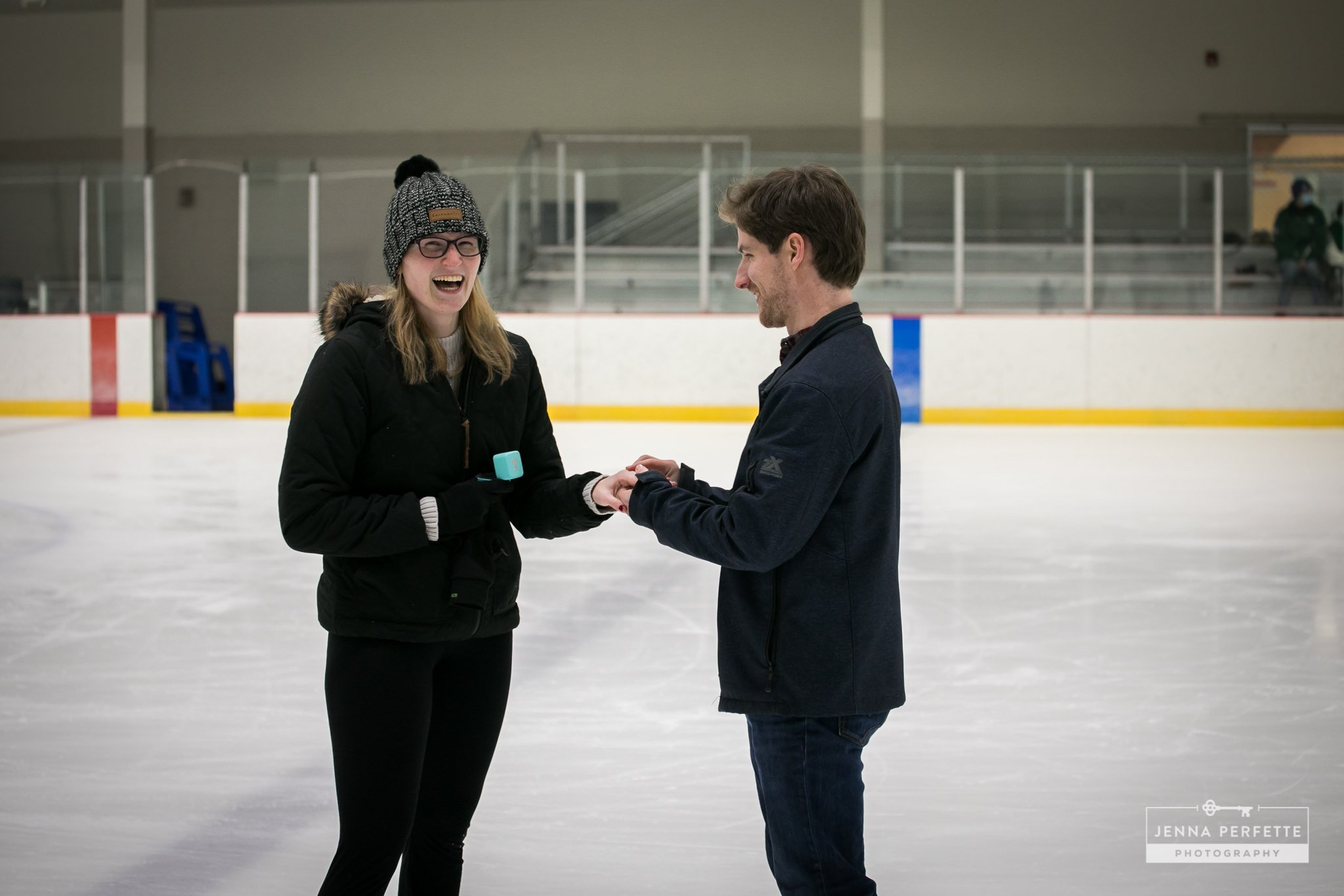 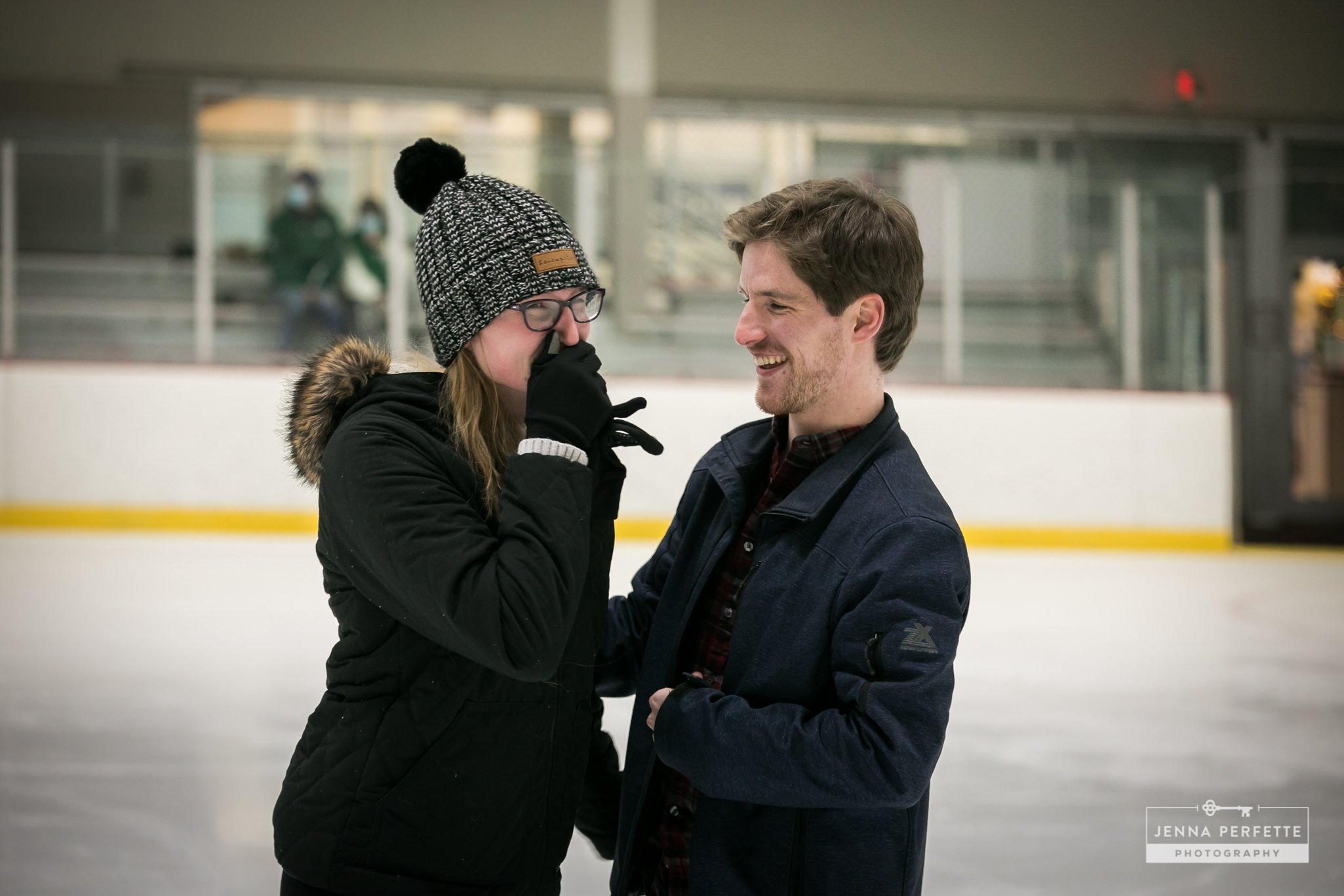 And there’s Laura, my partner in crime…probably relieved she didn’t have to keep a secret anymore. ? 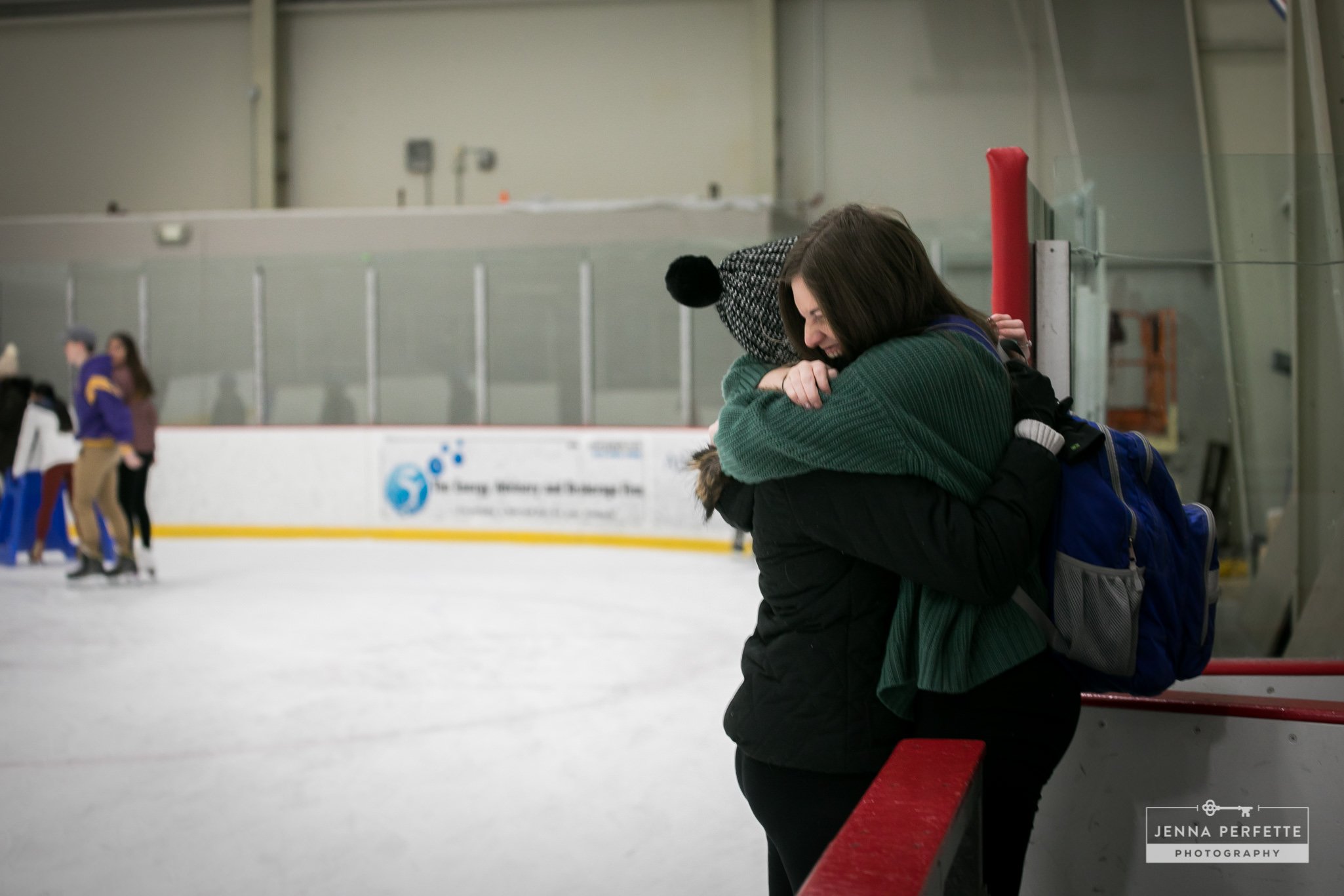 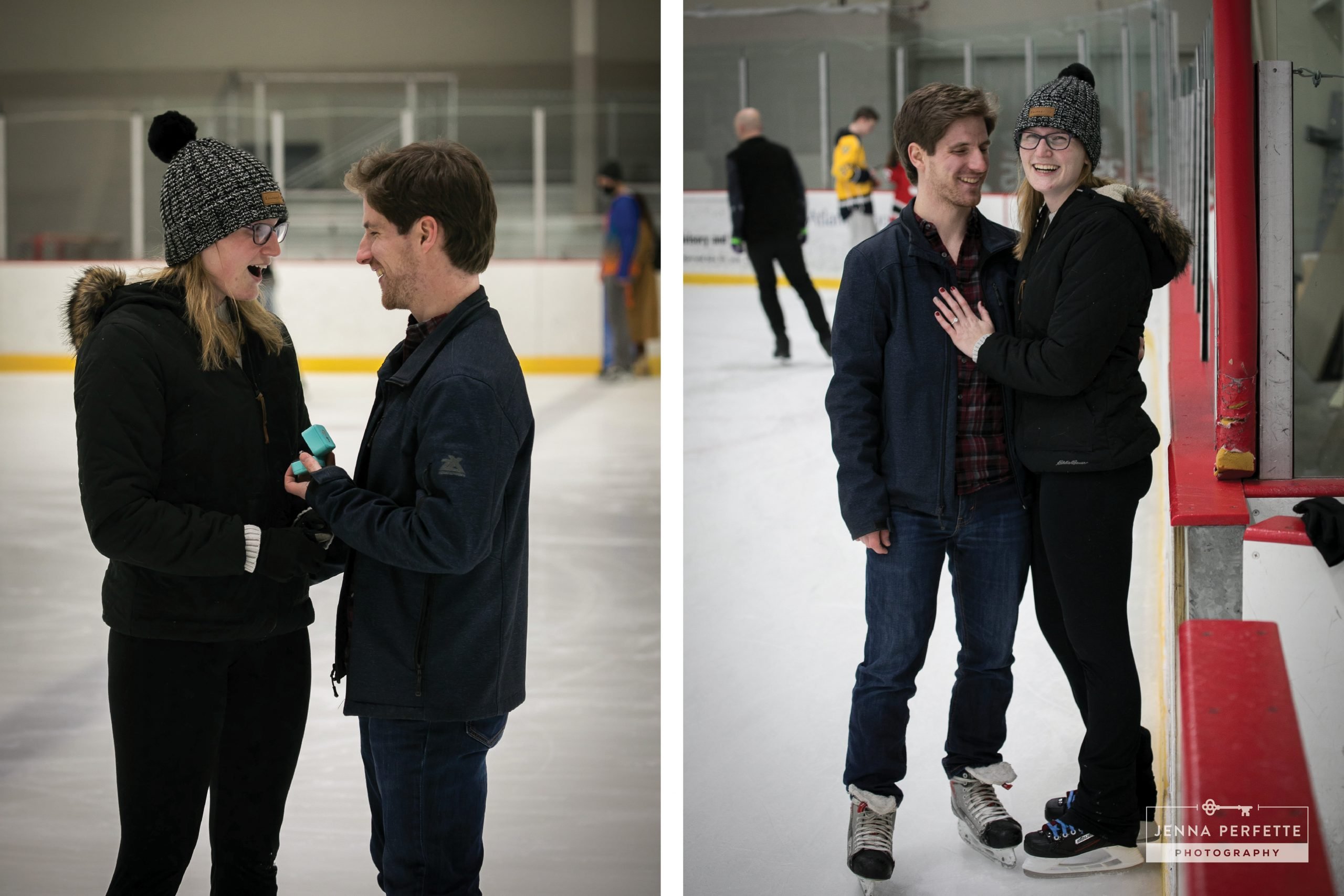 We did a couple of shots on the ice before whisking them away to Part 2. But wait, there’s more! 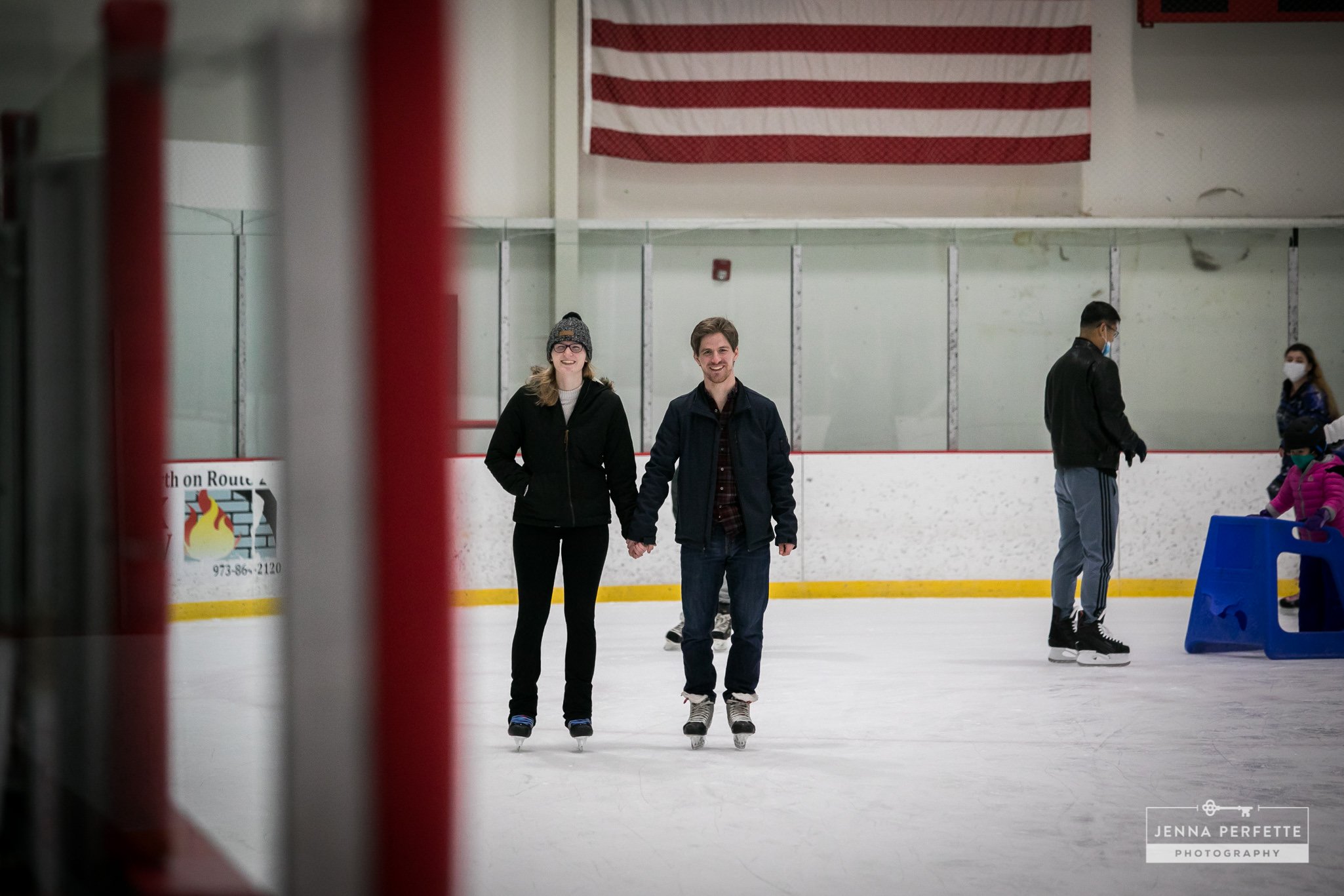 Location #2 was Glenburn Estate where Nikki got yet another surprise. Their friends and family were there to congratulate them and celebrate. I just love the look of surprise on her face! 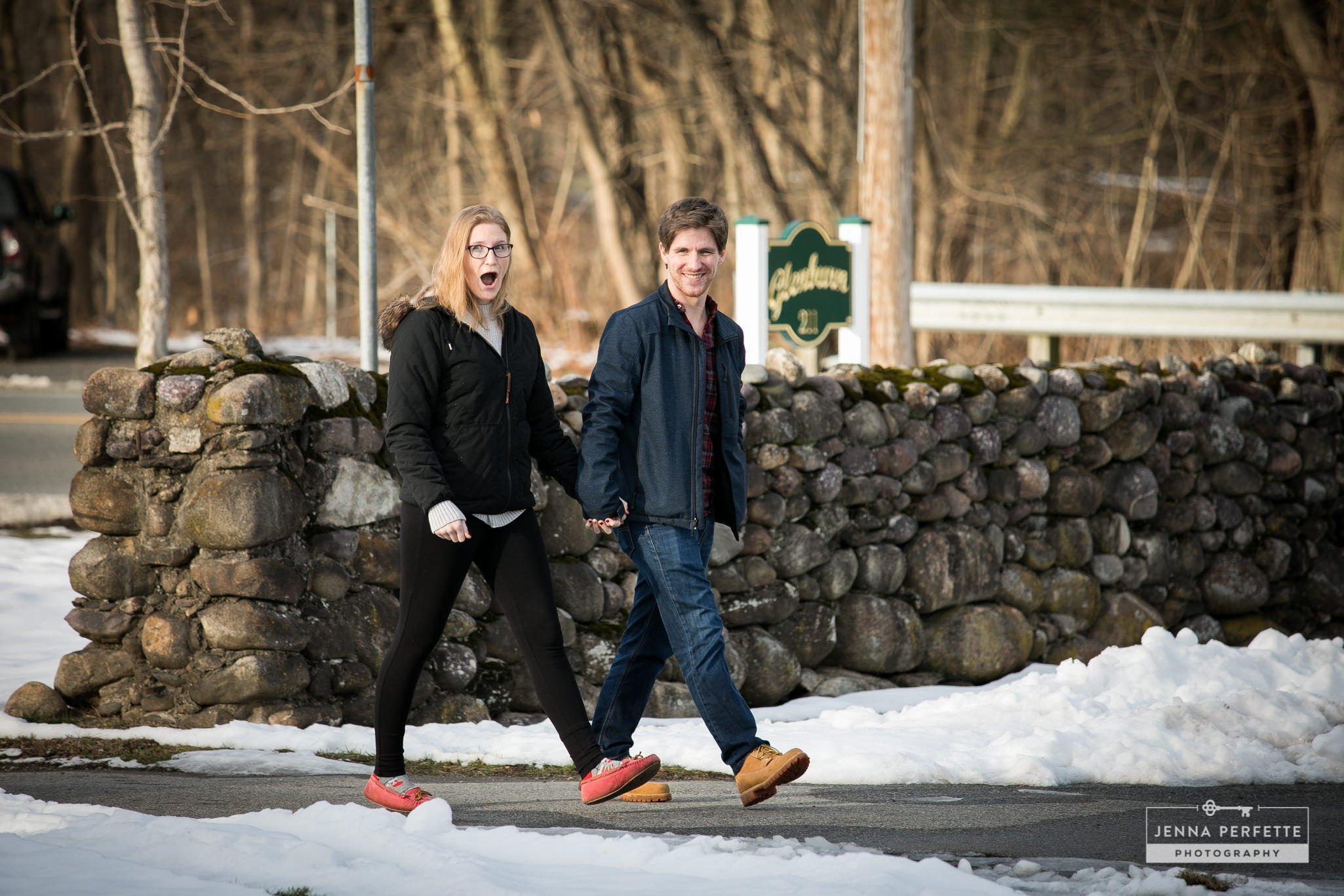 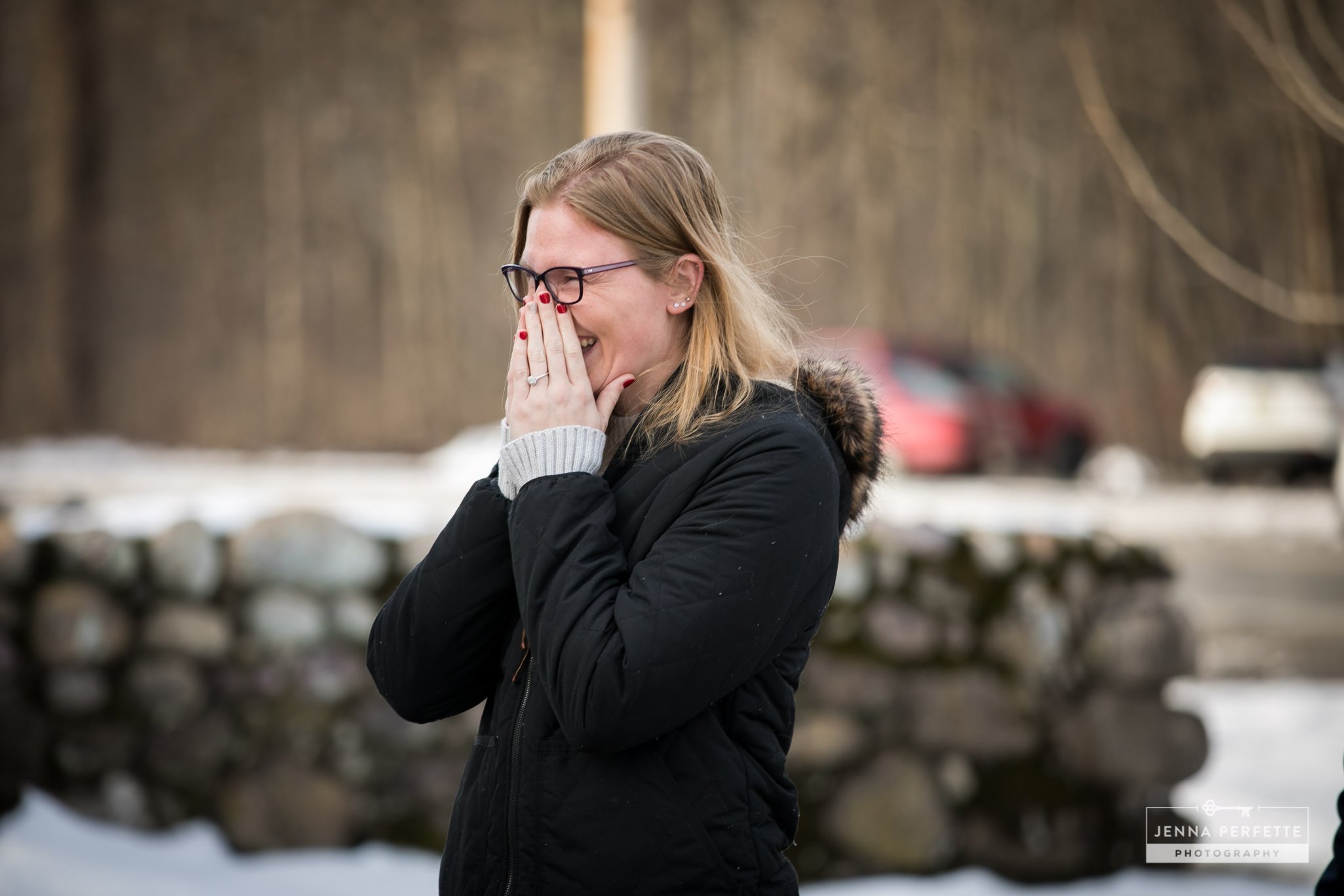 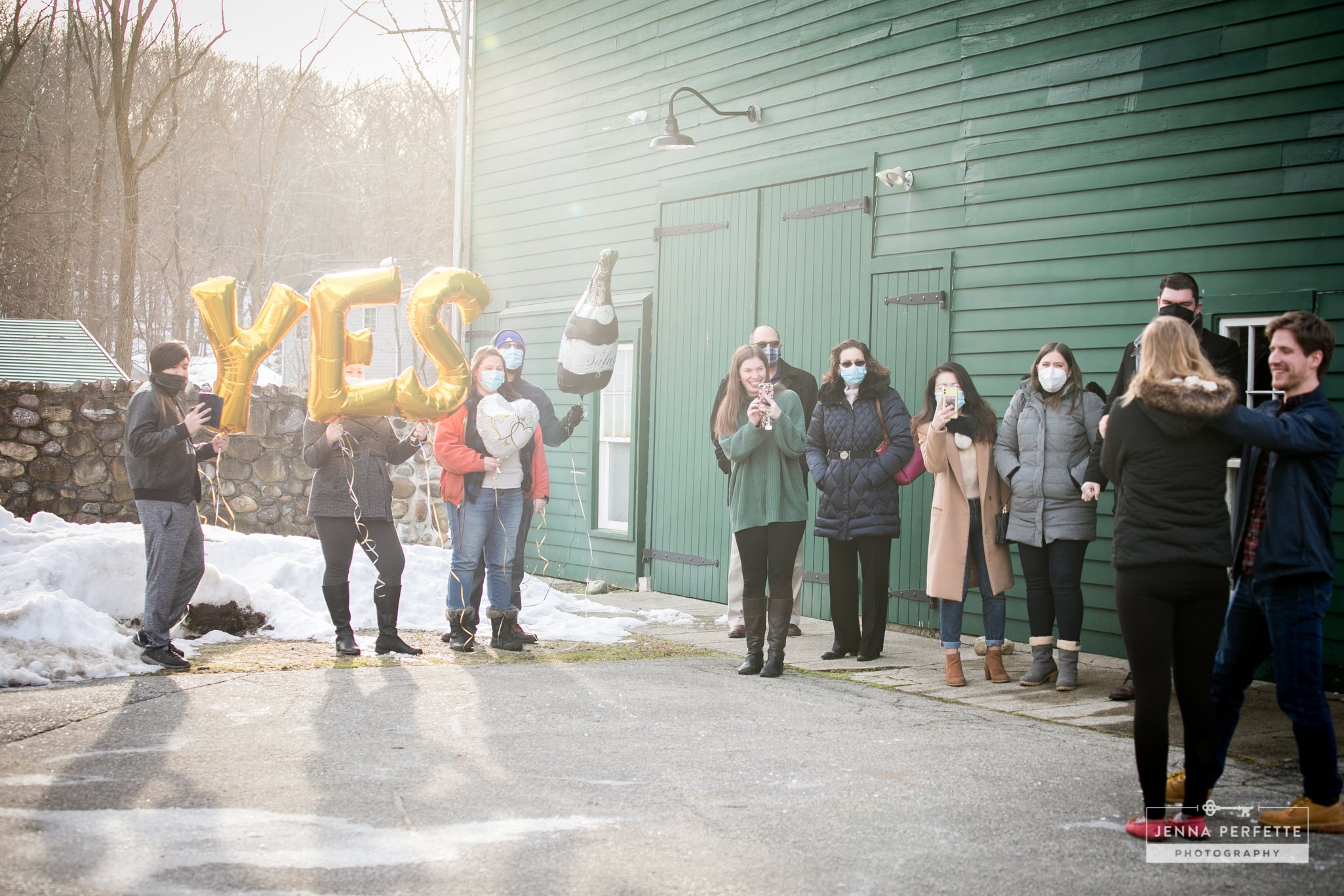 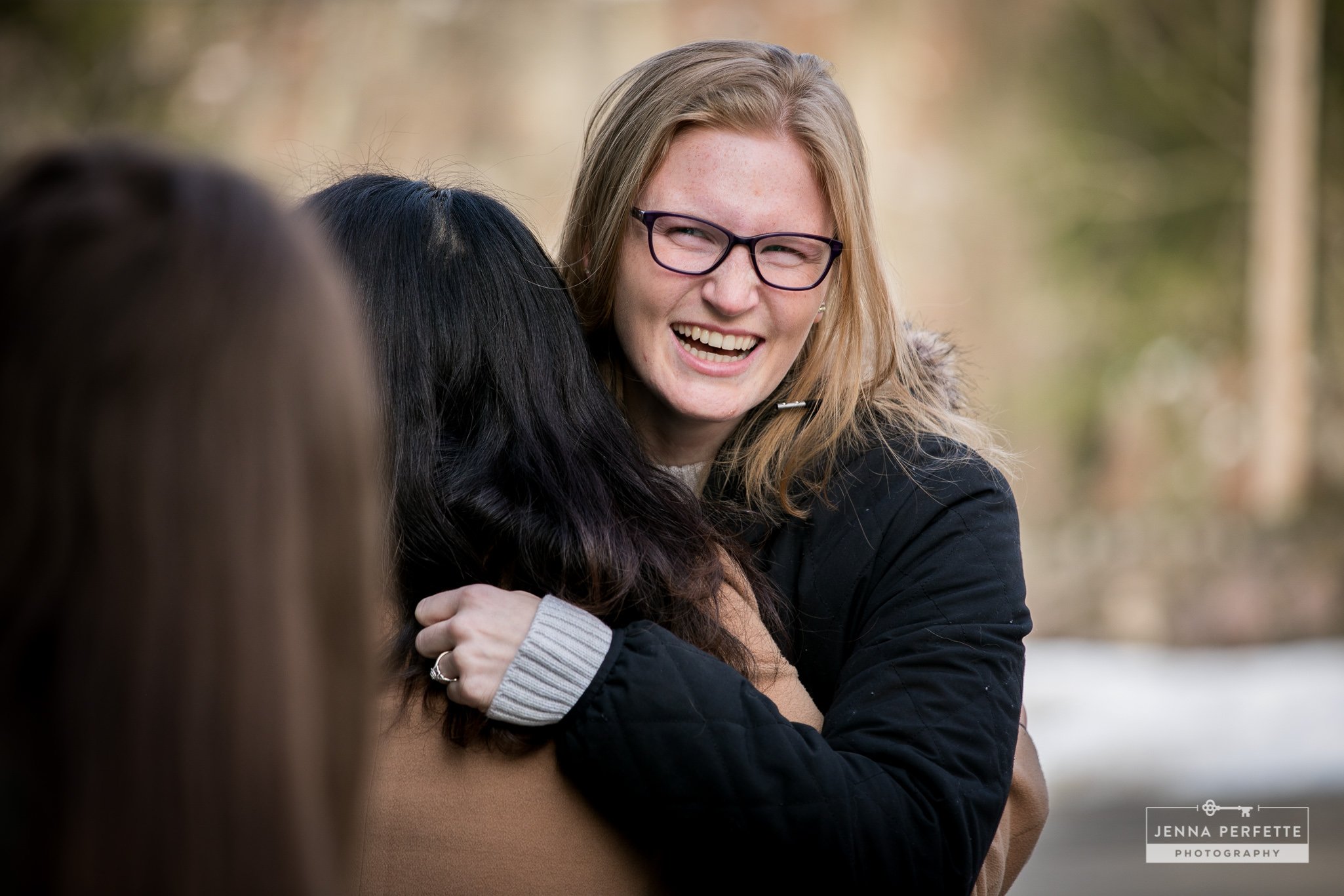 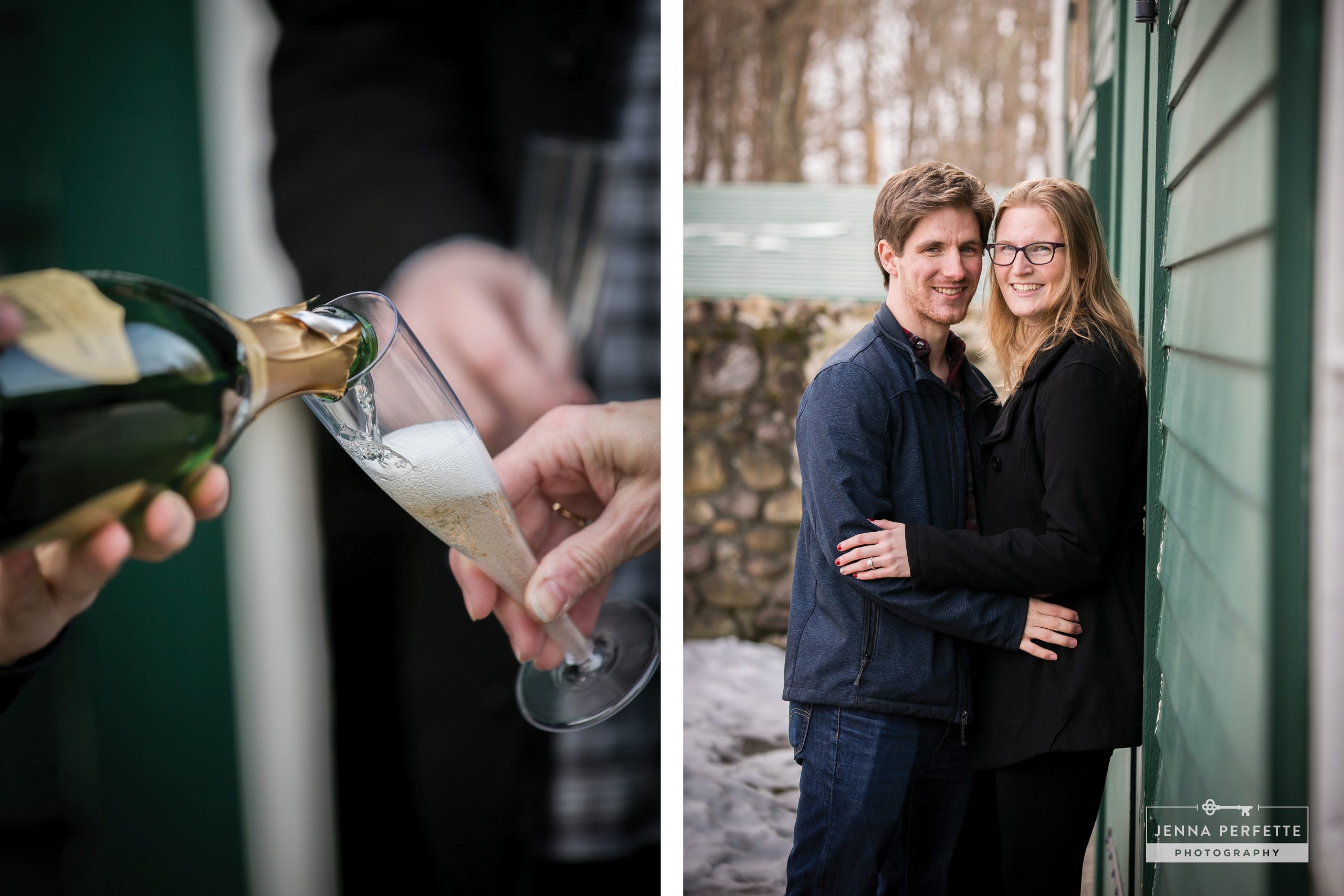 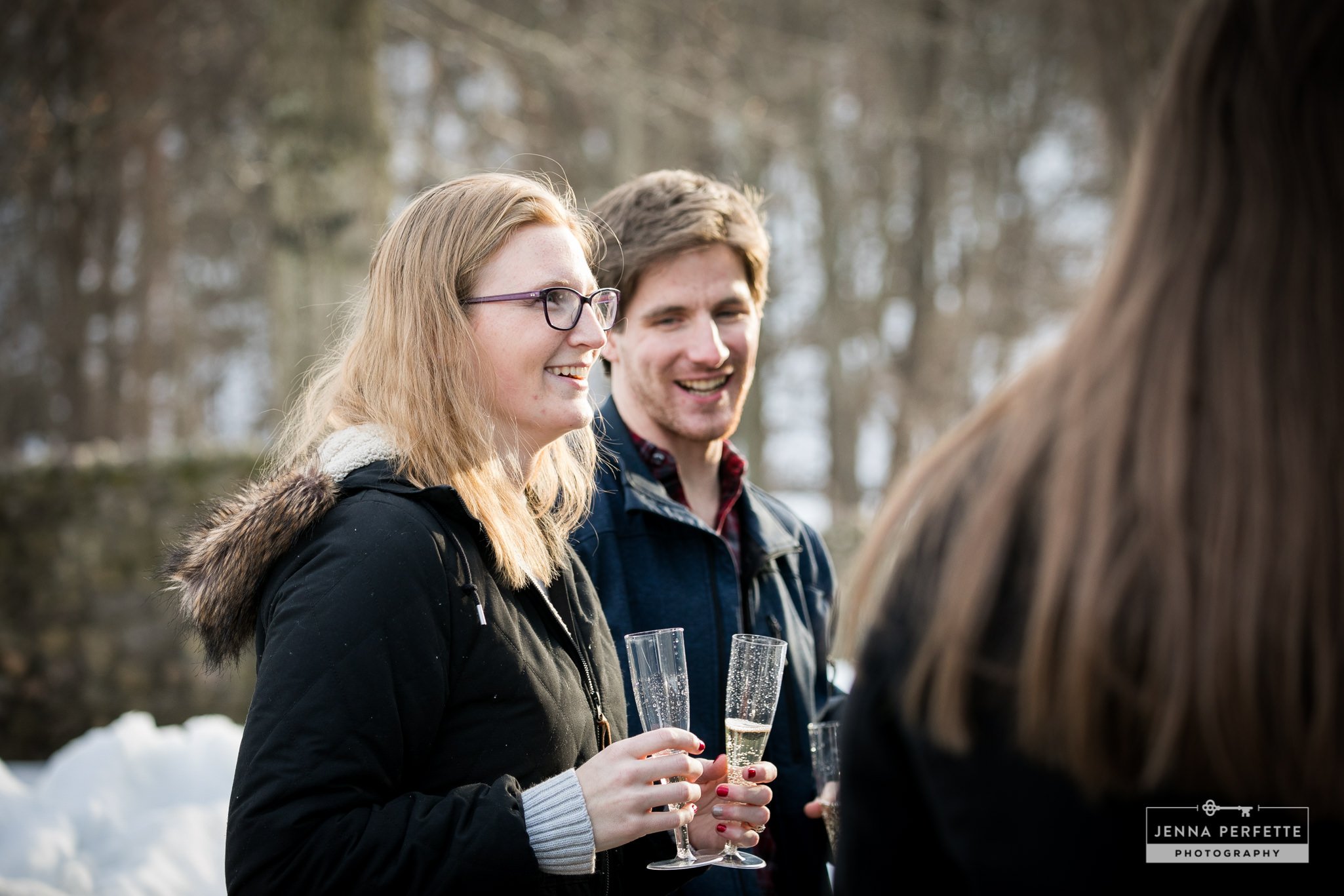 Adam had the Tiffany’s Ring Box custom made with their anniversary date as well as an anchor on the top. 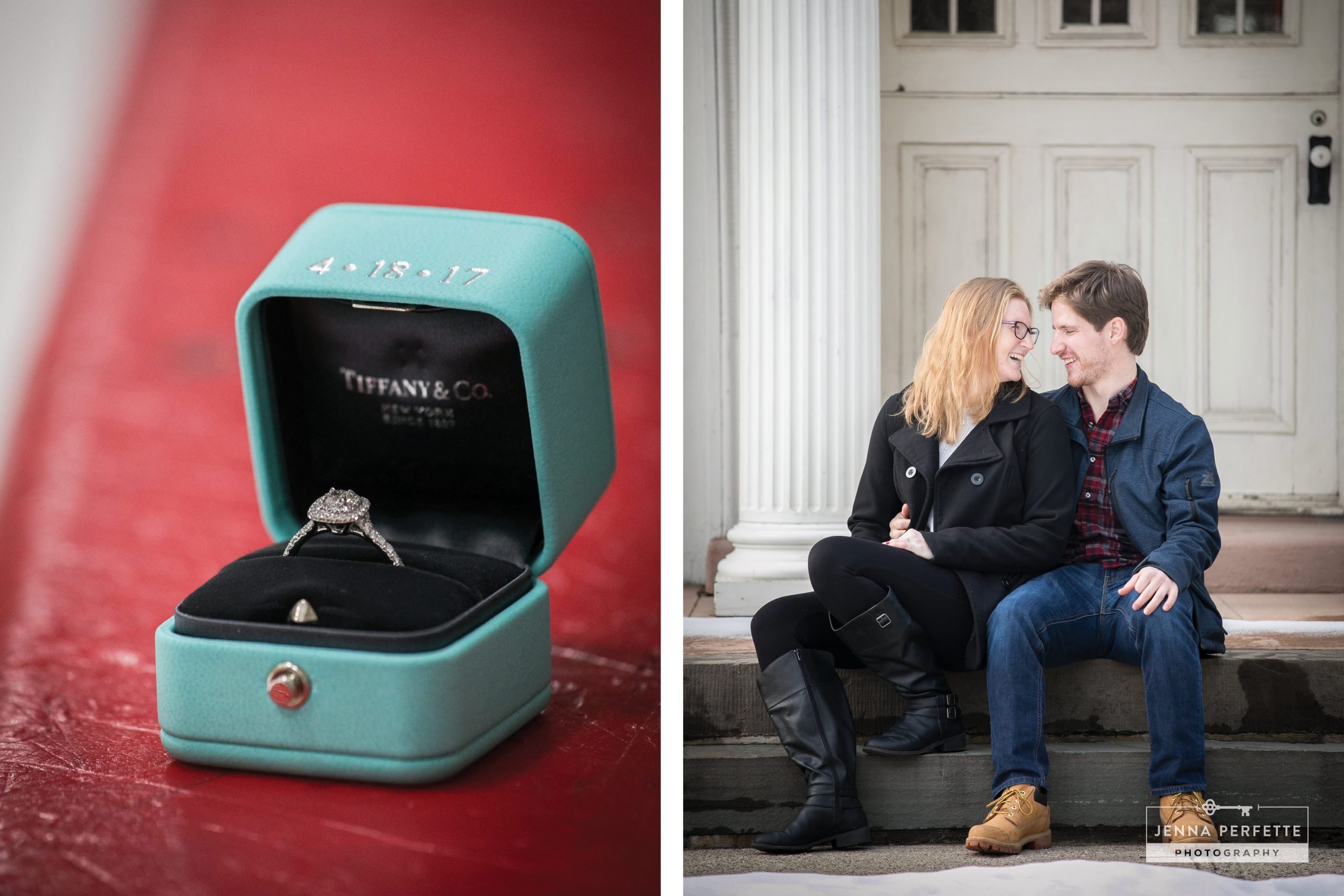 We looped in a mini engagement session after the festivities, so we jumped right into some portraits. 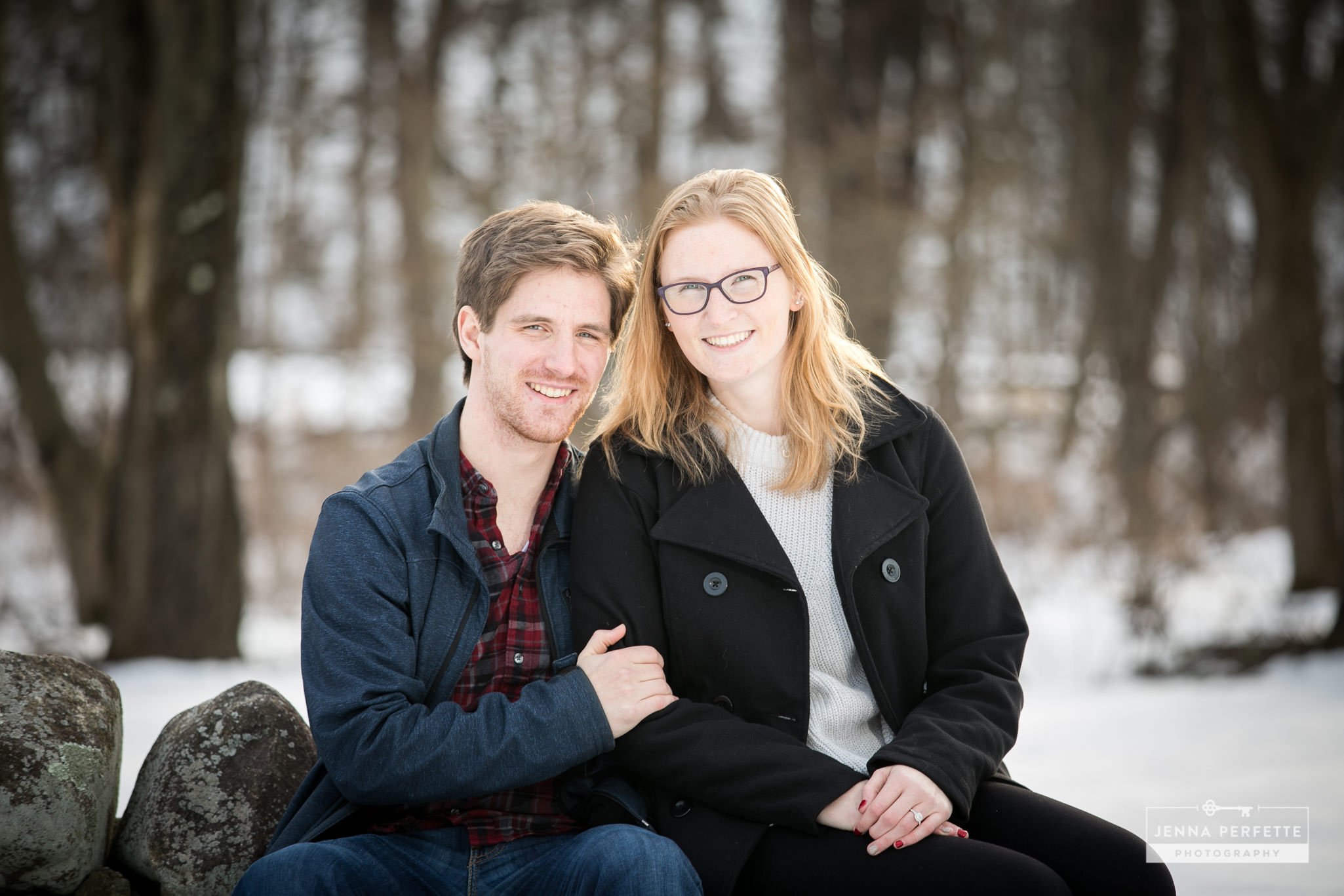 I was so glad we had some snow left over from the storm the week before. It brought such a pretty setting to an already perfect day. 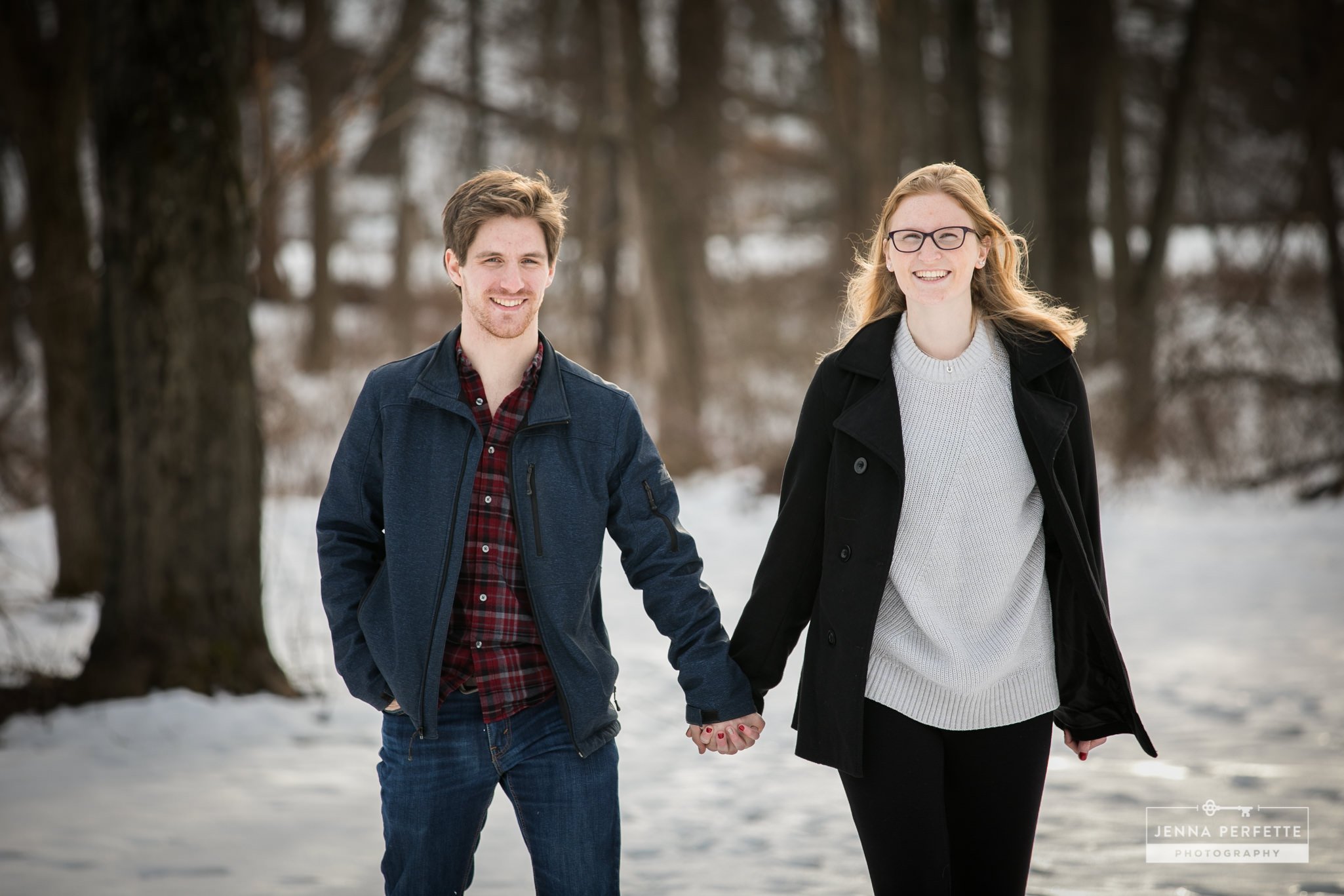 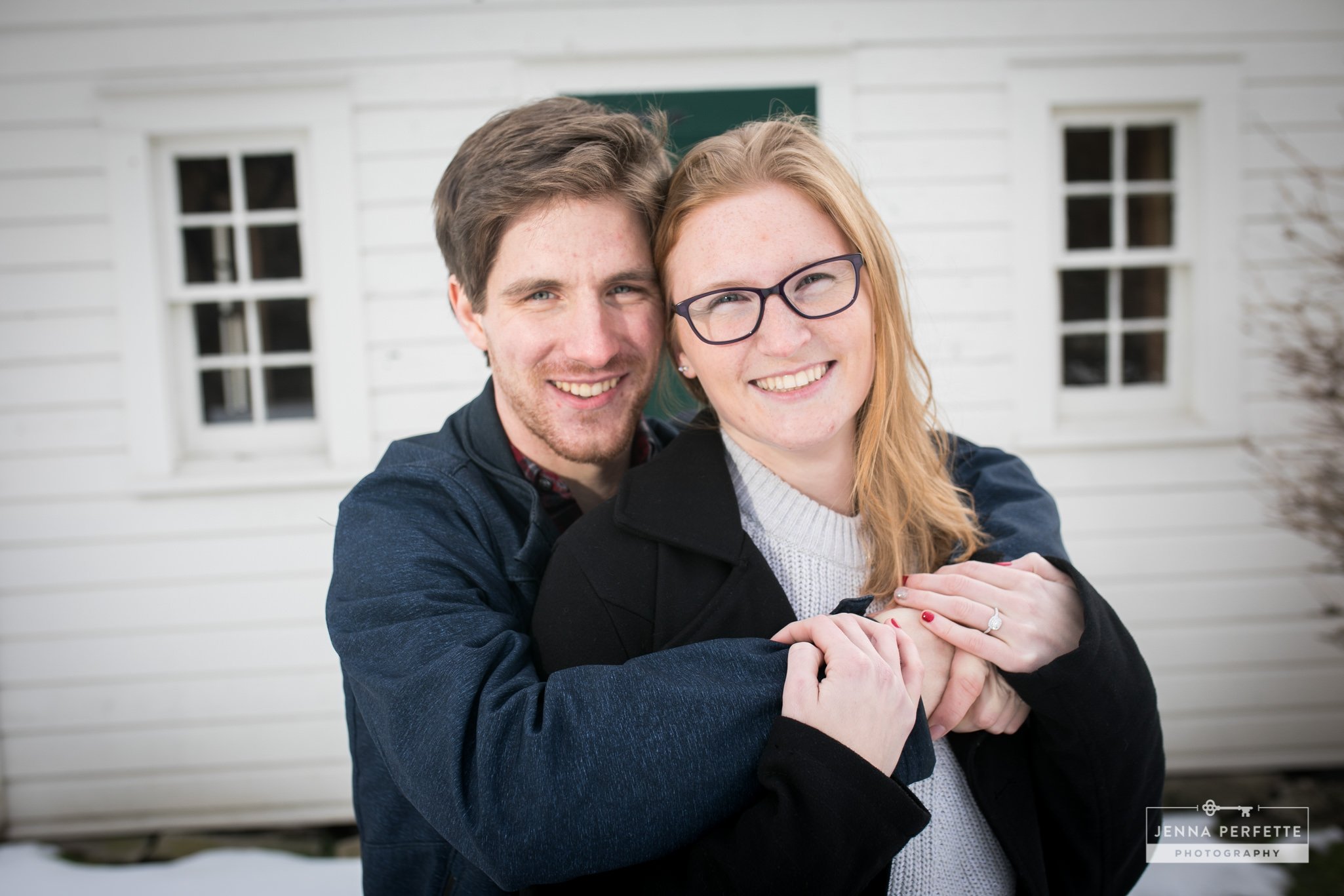 Laura did a great job putting things together, she even had another friend suggest to Nikki that she get her nails done. Team work! 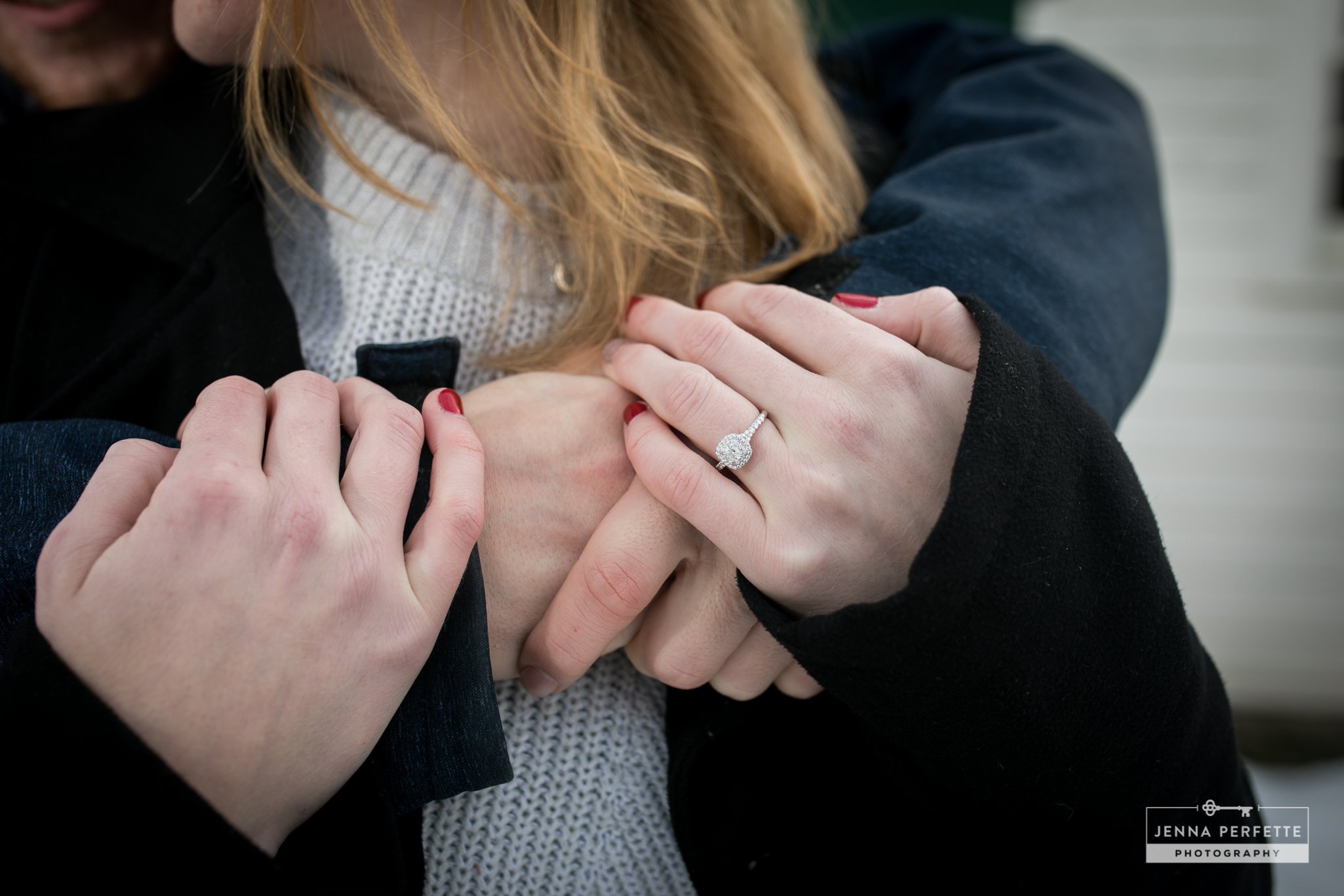 As we were arranging everyone for a group photo, the “E” balloon took flight. Whoops!  So we had to improvise a bit. Sorta feels like a wedding day; rolling with the punches and laughing about the things that don’t quite go as planned. 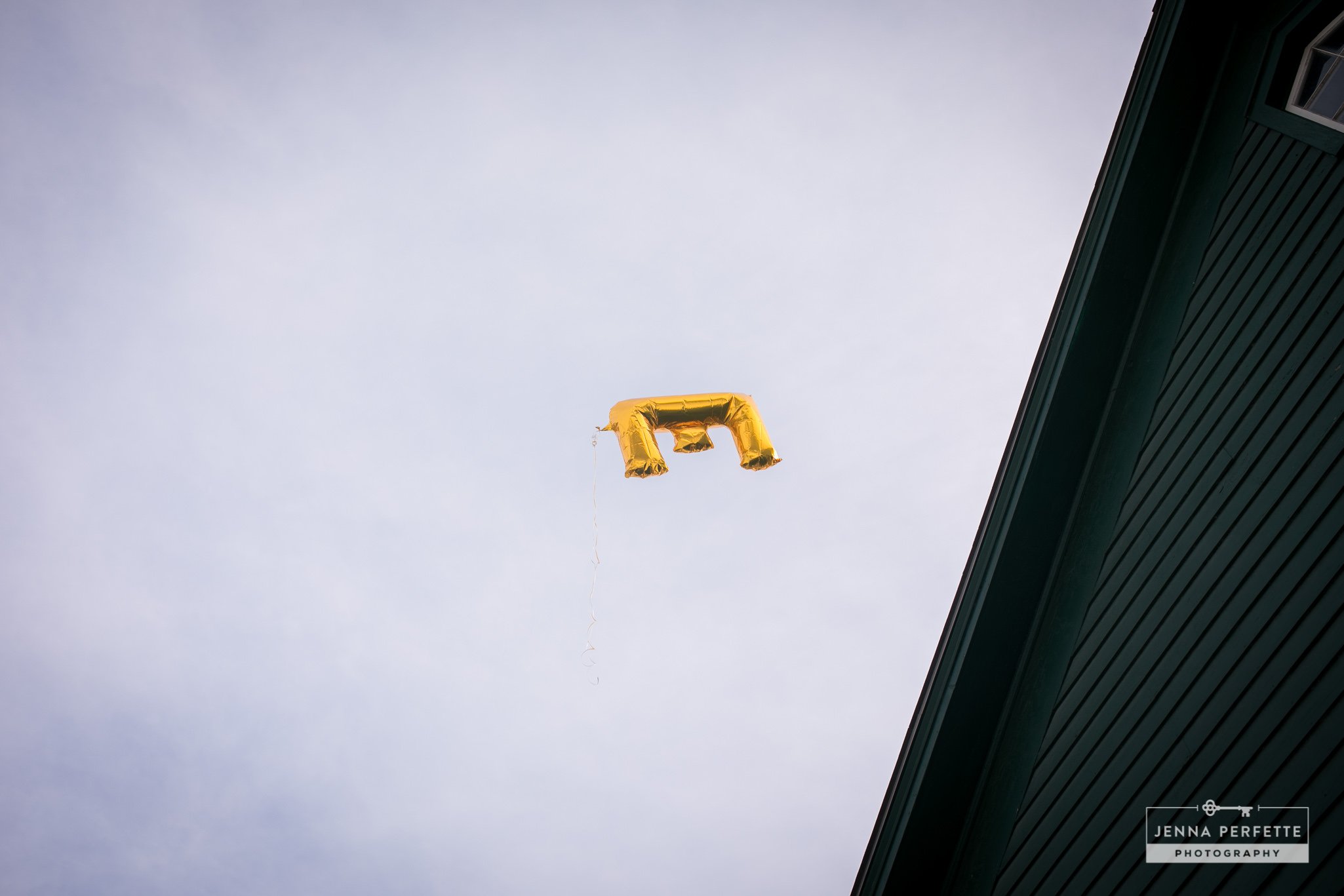 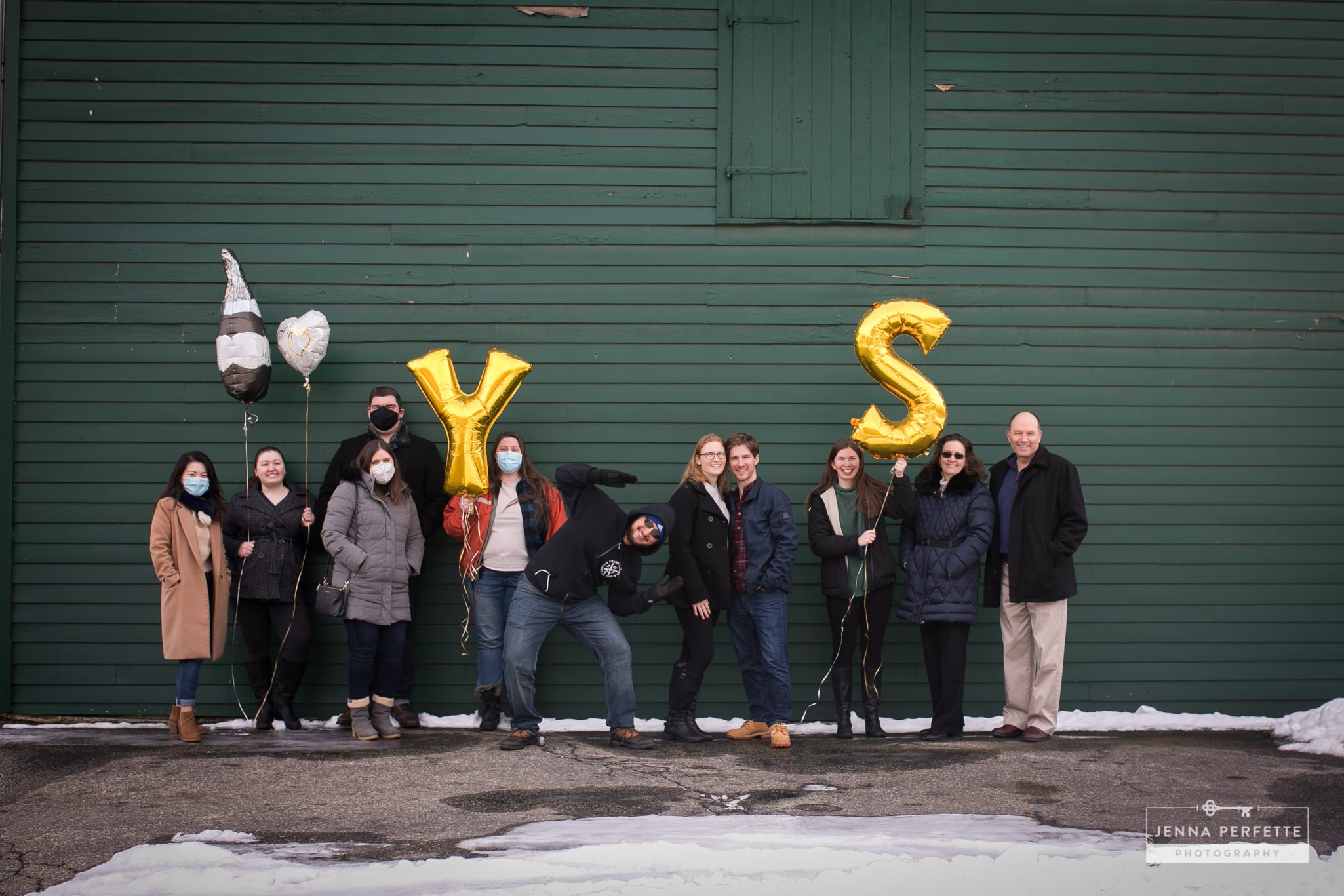 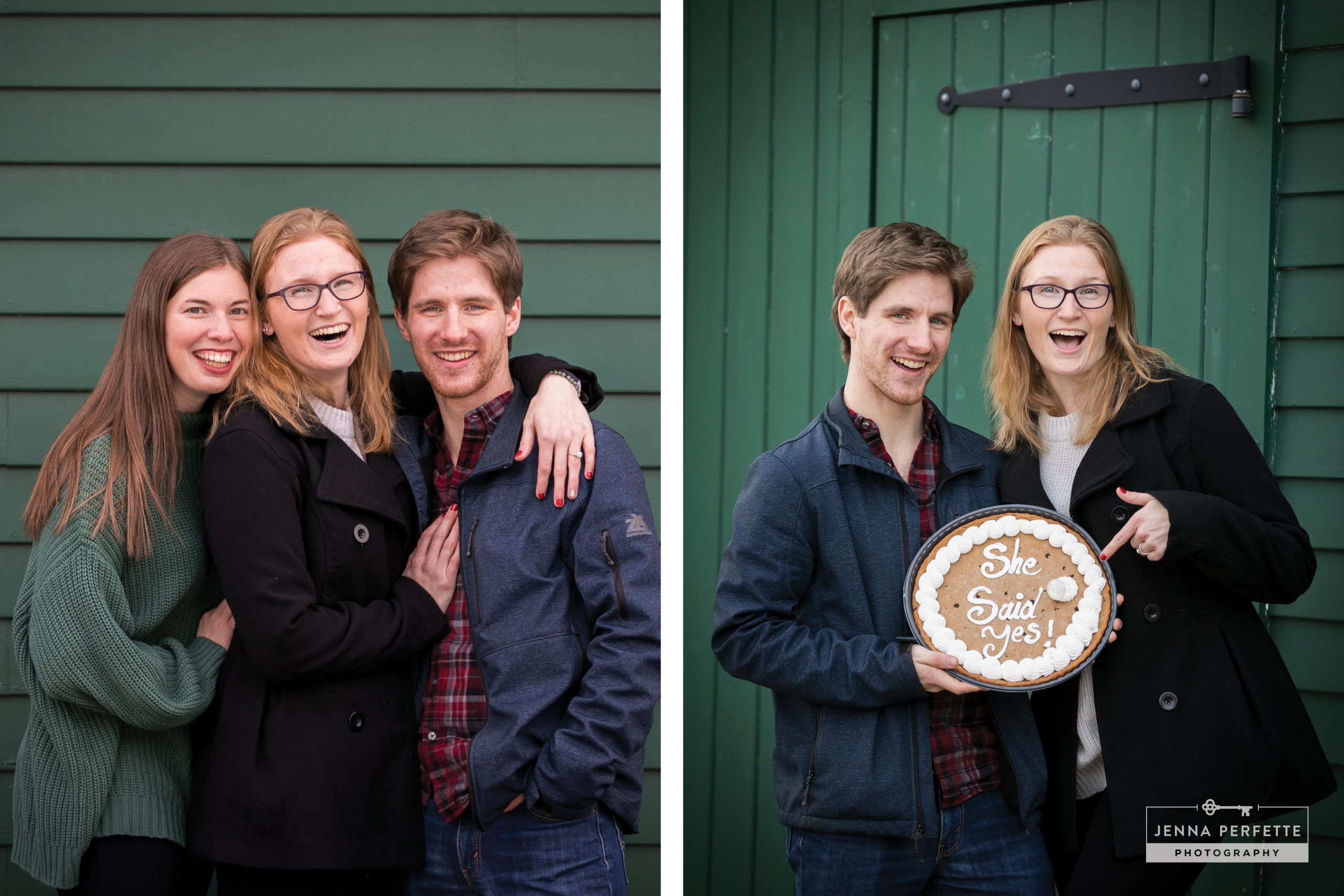 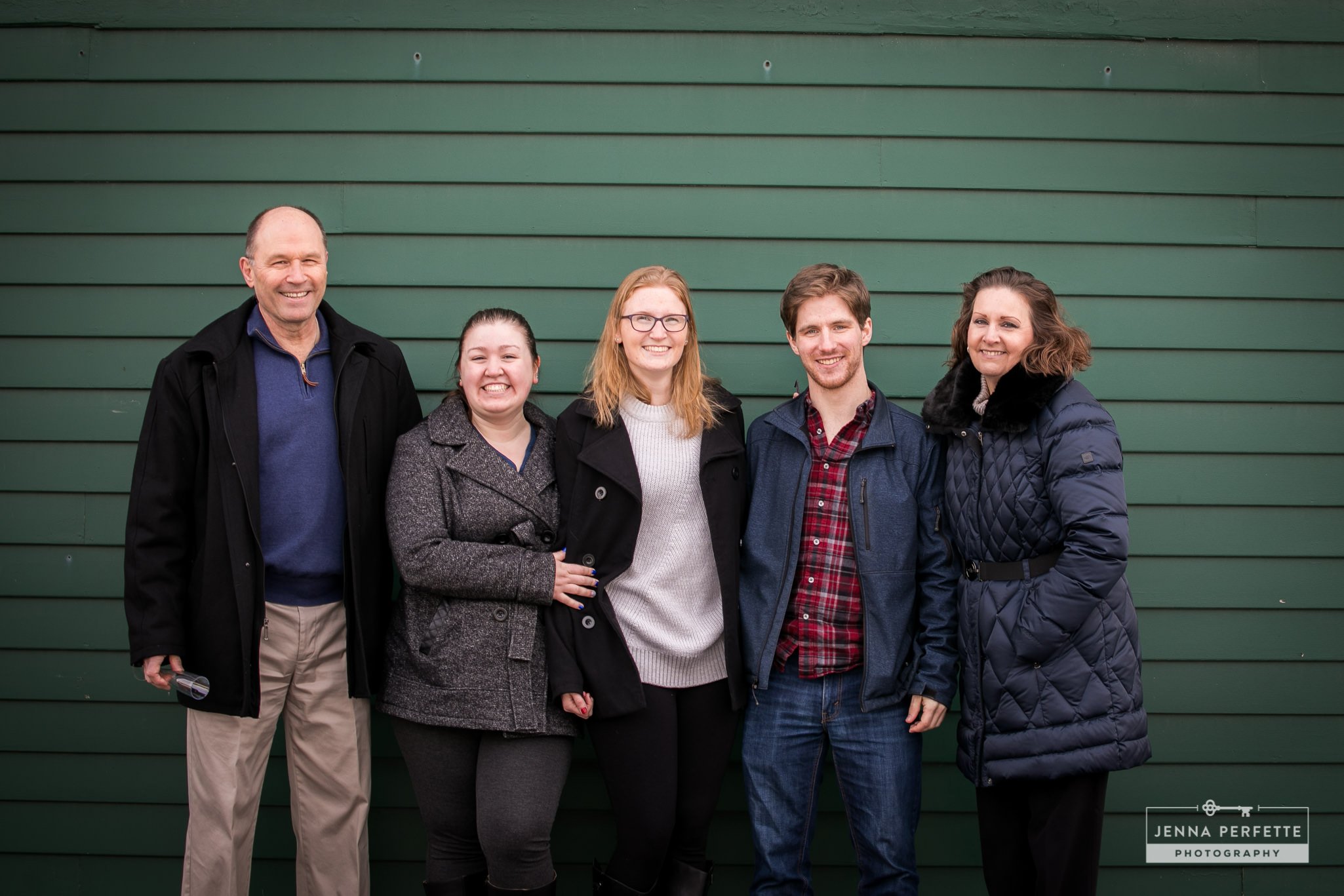 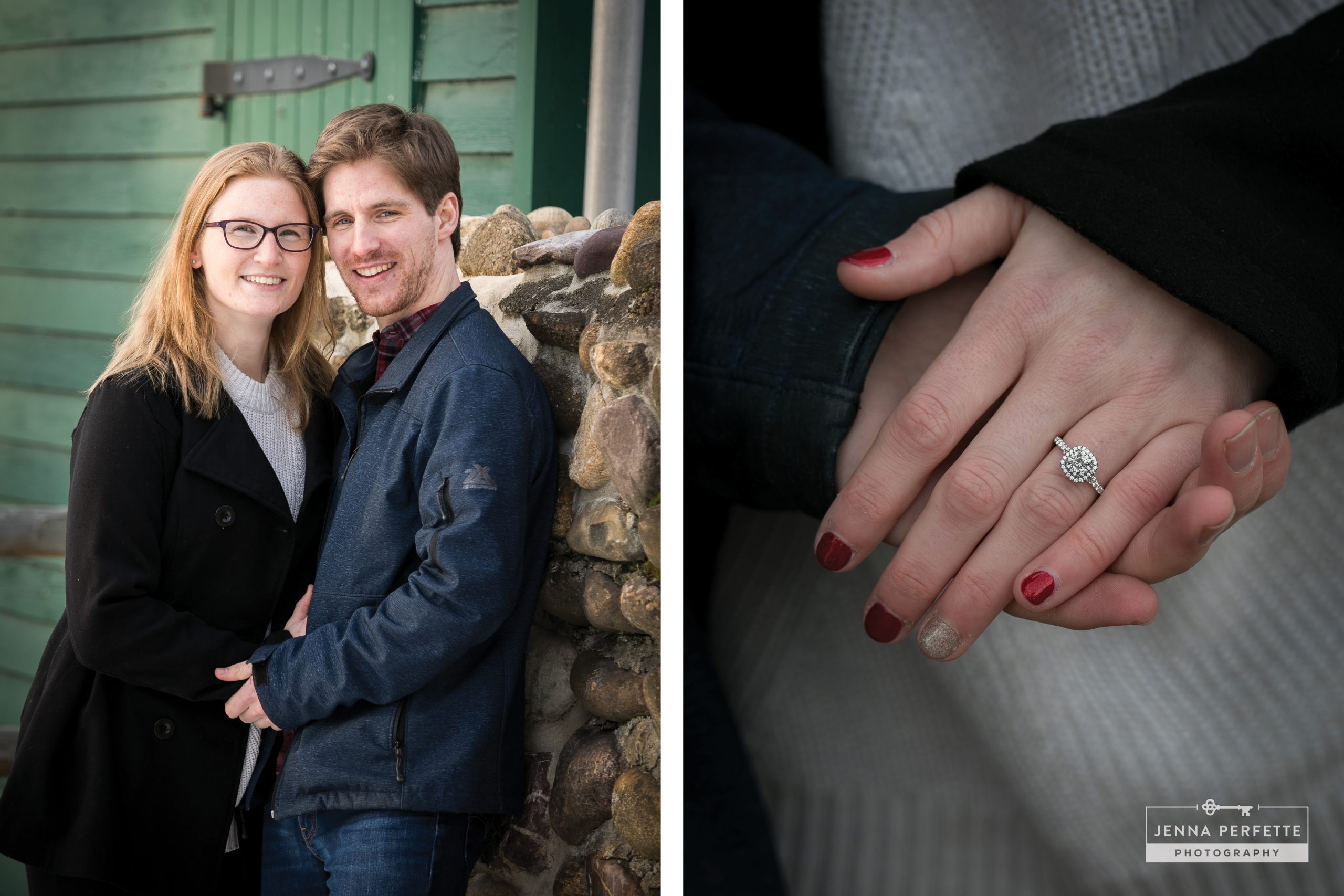 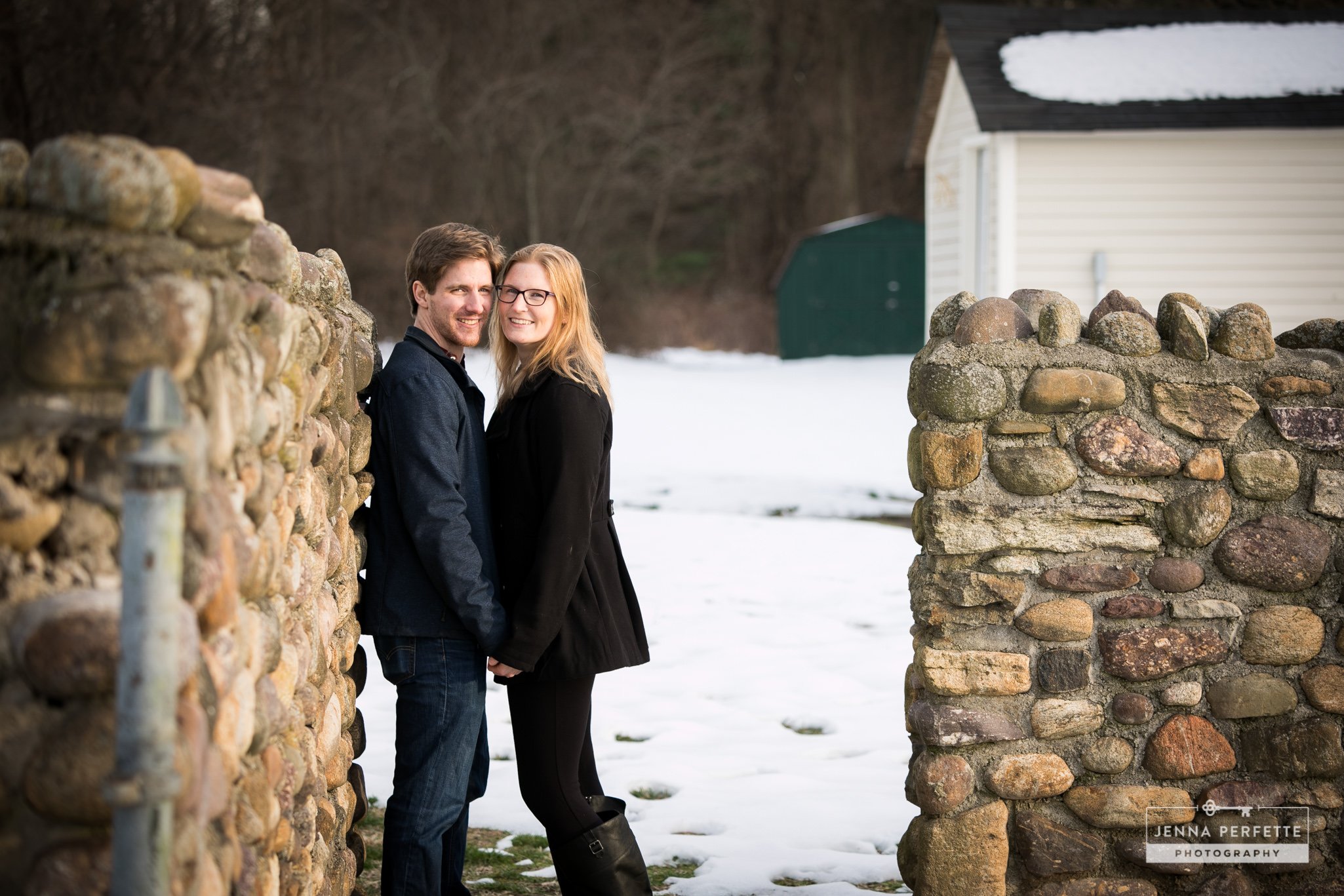 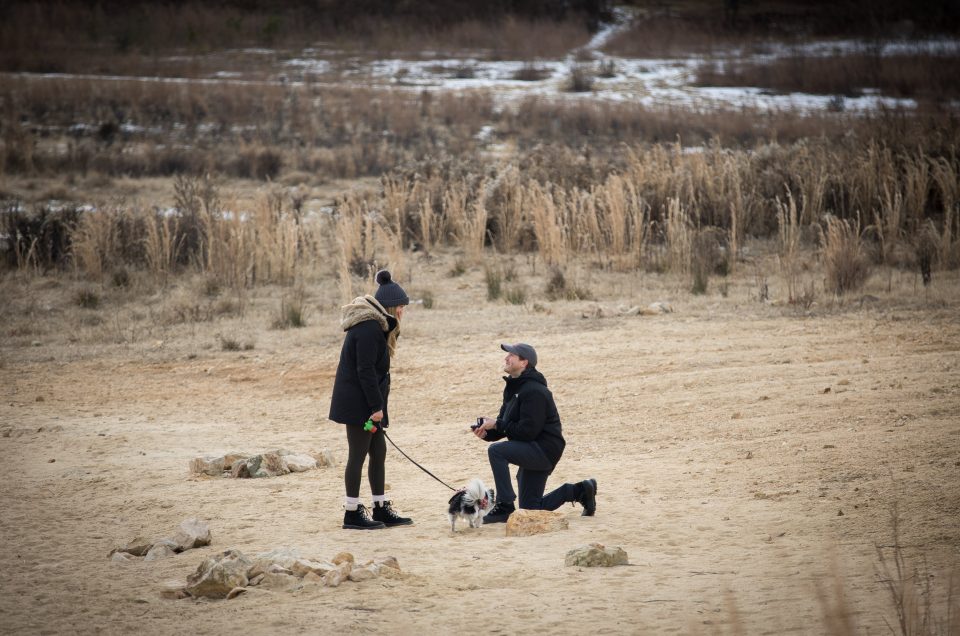 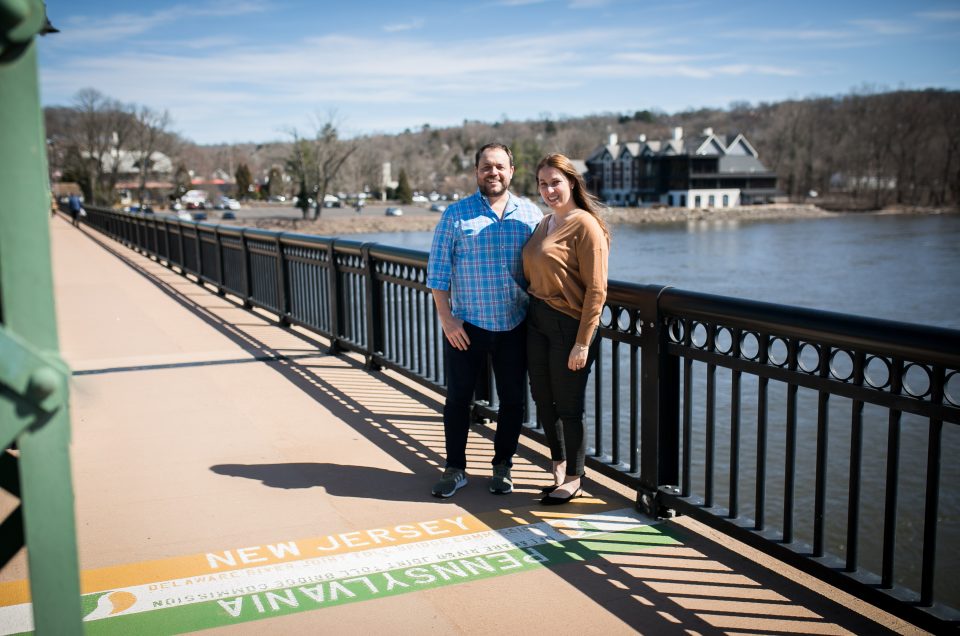