Justin knew he wanted to propose to his girlfriend Danielle at a beautiful location called VanCampens Glen Falls. It’s literally a waterfall! I’ve had the pleasure of photographing a number of proposals over the years but never at a waterfall! You can find anything you’re looking for on the internet, right? Not so much true for this location. It’s truly a hidden gem. Thankfully, the groom-to-be knew the spot very well and he gave me lots of details so I could actually find the place. It’s right off of Old Mine Road, which, fun fact, is actually the oldest continuously used road in the US, going through the Delaware Water Gap recreation area.

Ordinarily, I’d give the guy a bit of instruction on where to go and where I’ll be, but with the uniqueness of this location, we kind of had to wing it. To make things a bit more interesting, there was no cell service here either. Thankfully it all went off without a hitch! We had planned on him proposing at the water’s edge near the waterfall and he took her by complete surprise.

Here’s some favorites from their Delaware Water Gap proposal! 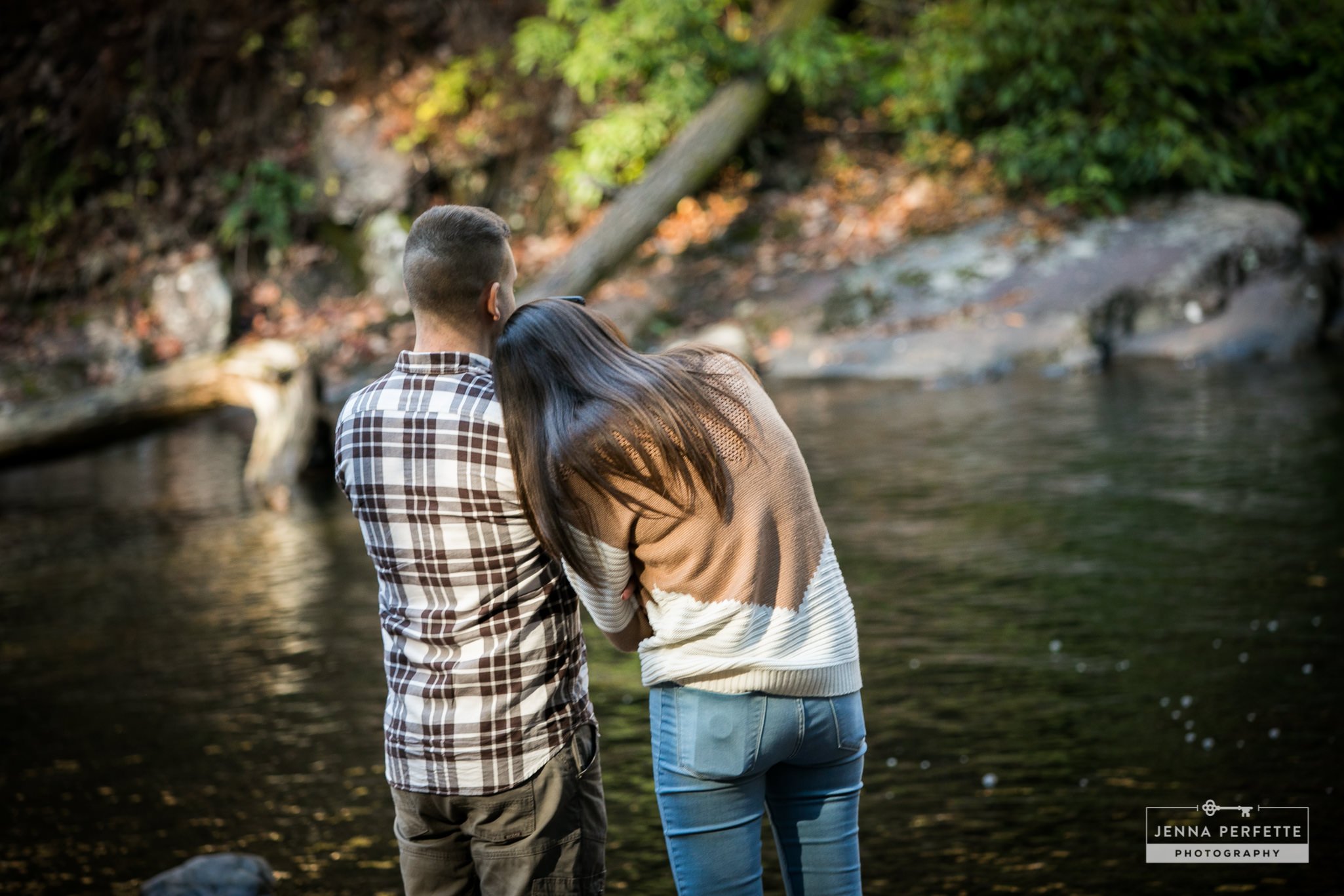 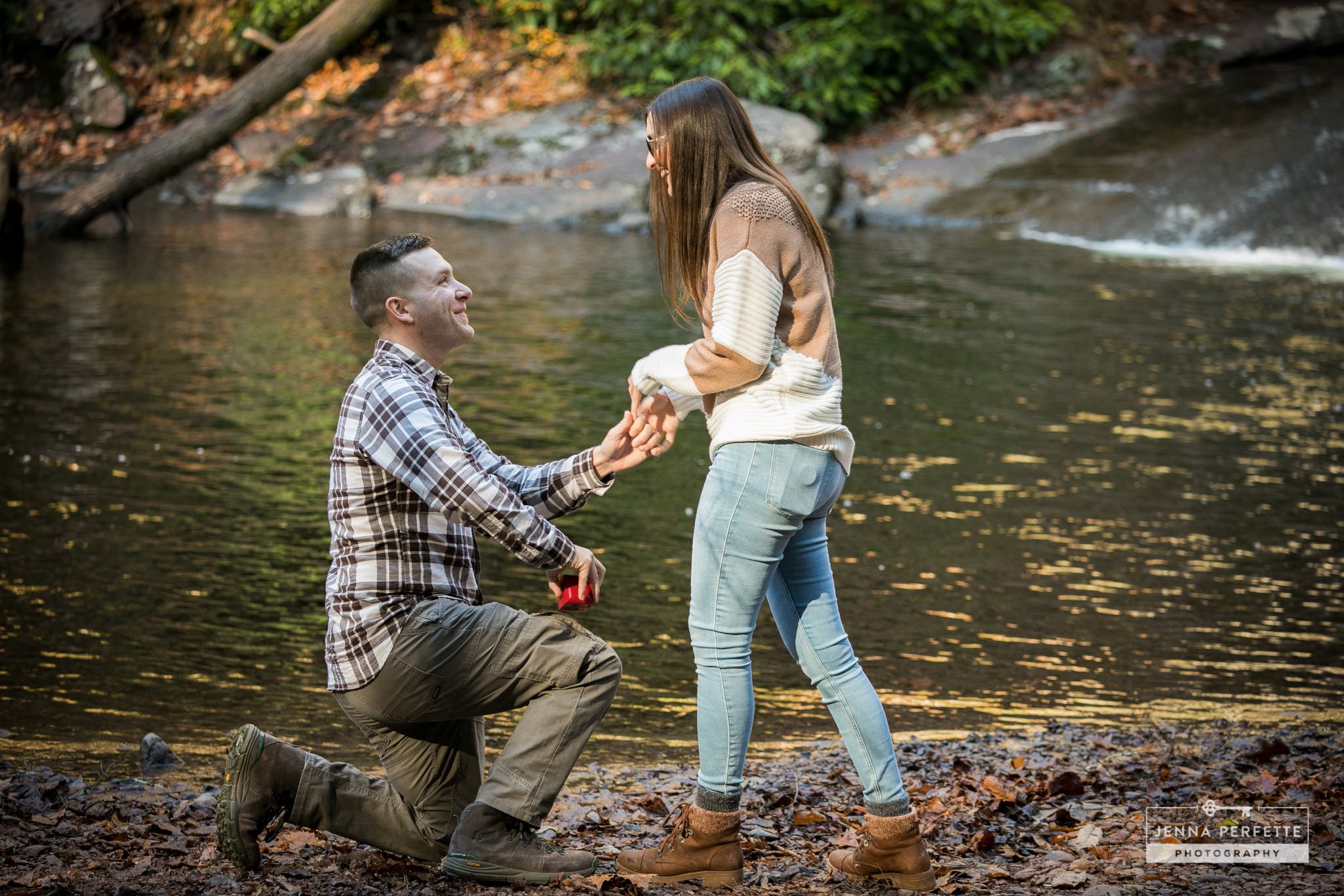 He wasn’t really sure if he should bring the box or not, but that red really popped against the water, so it worked out nicely. 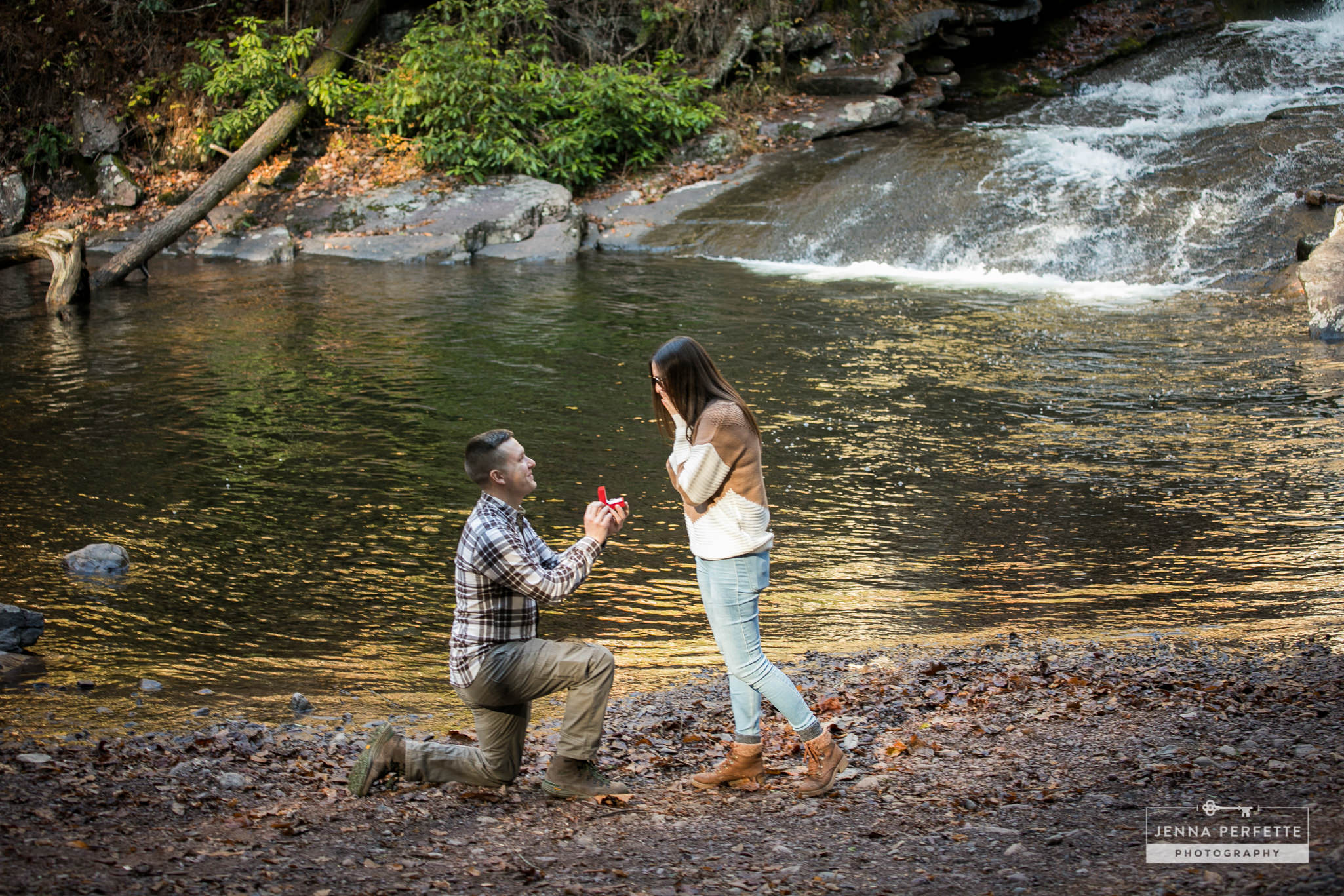 When he got down on one knee, Danielle actually asked him if he was “really doing this in front of these people.” Little did she know, he was just following the plan. Nicely done! 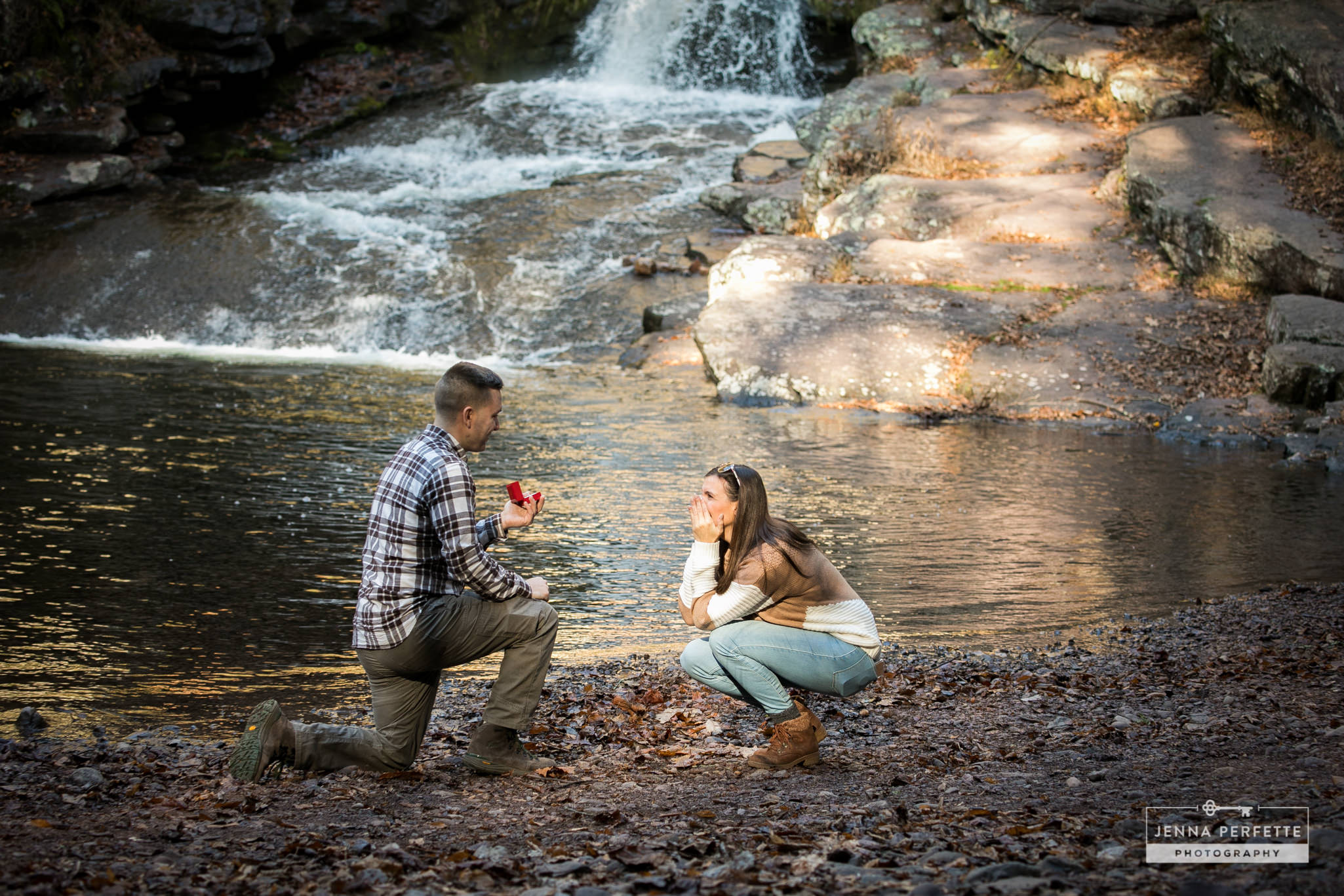 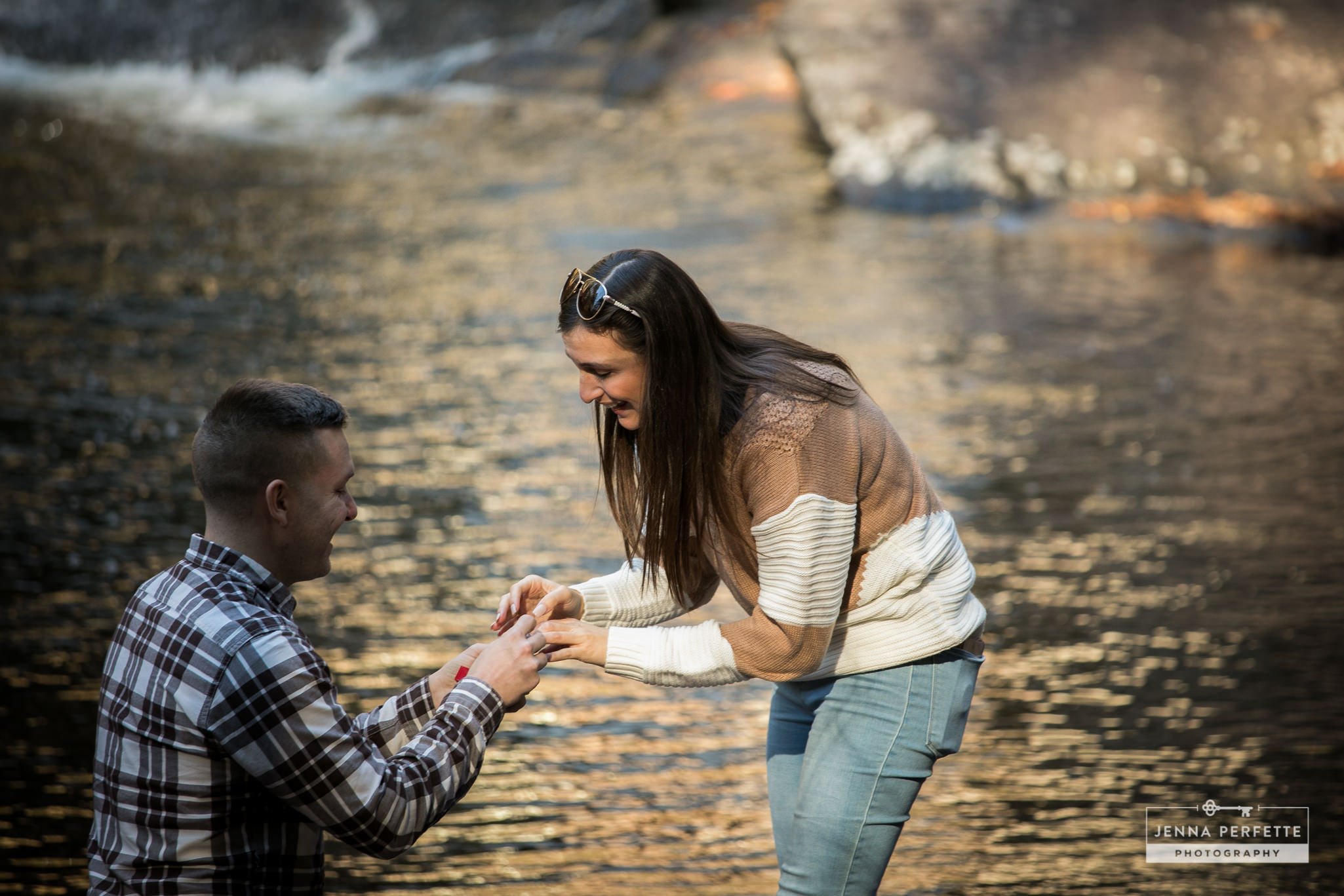 It was a tough spot to really blend in and be invisible. There was no one else around and there also wasn’t really a place to hide. I played it off and didn’t make any contact with them. She bought it and had no idea I was there for them. 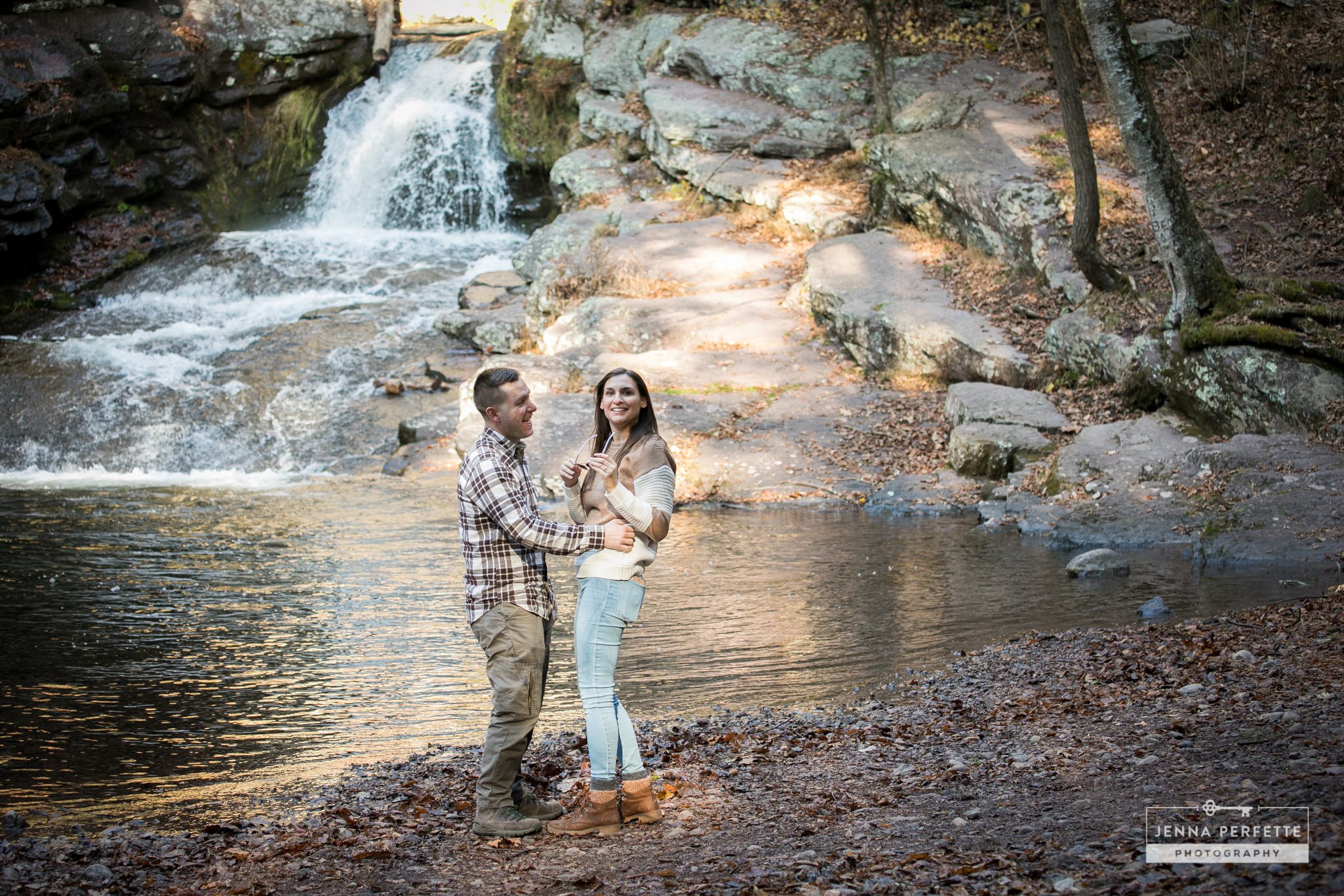 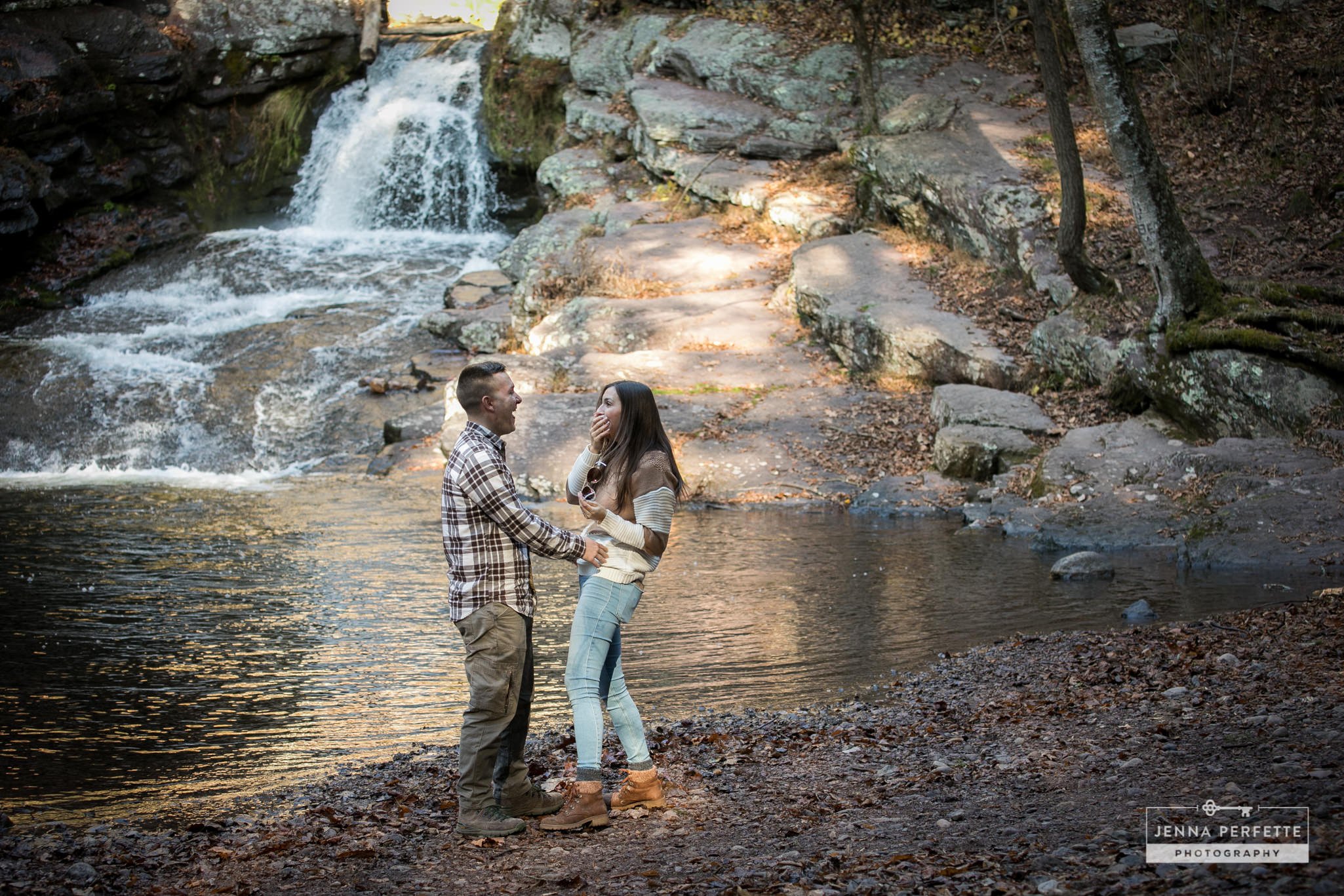 The area was absolutely breathtaking and we had so many backdrops to work with. 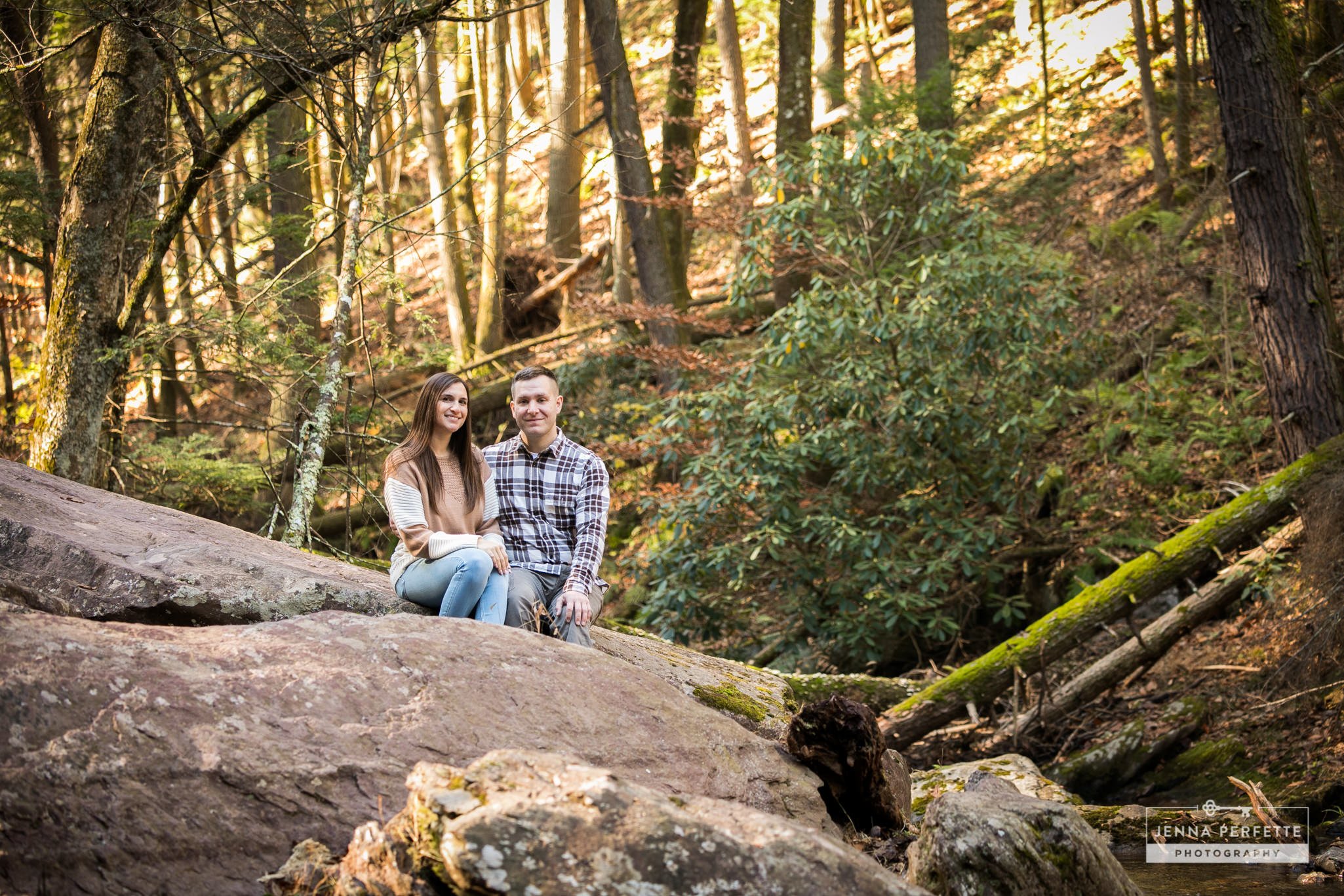 Justin told Danielle he would take her out to brunch after checking out the falls, so she was perfectly dressed for a day of hiking and brunching… and looked adorable for a special Delaware Water Gap proposal too! 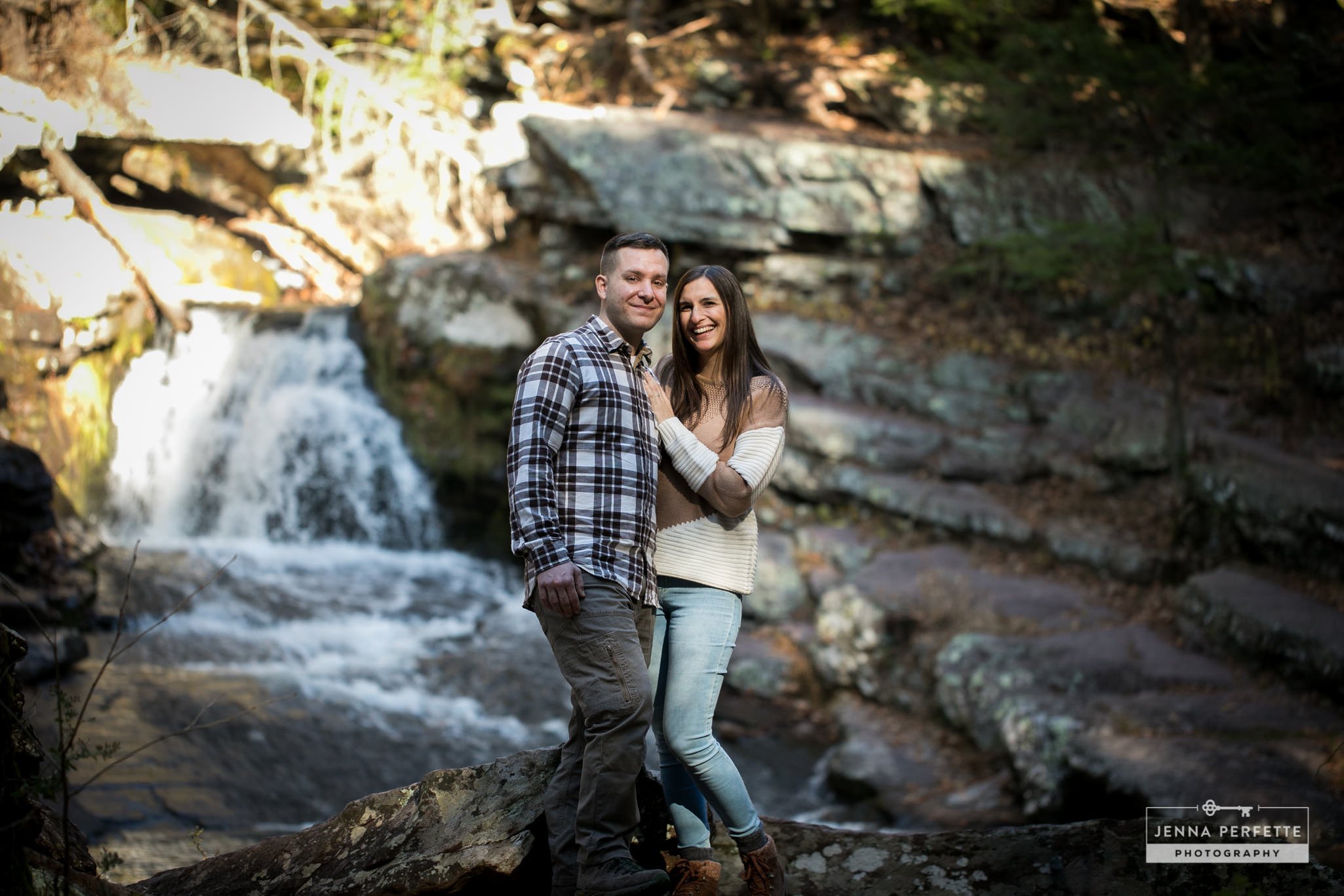 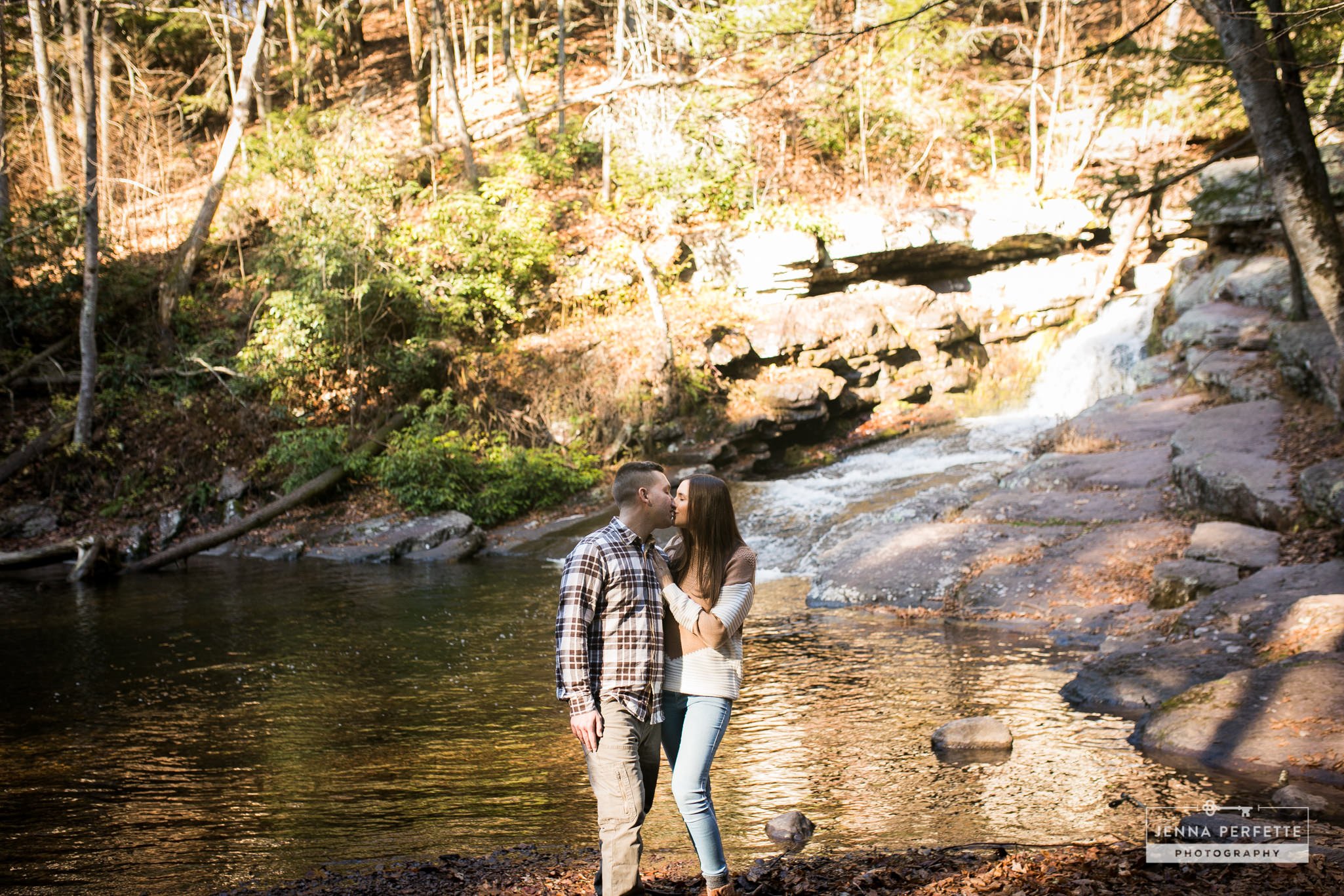 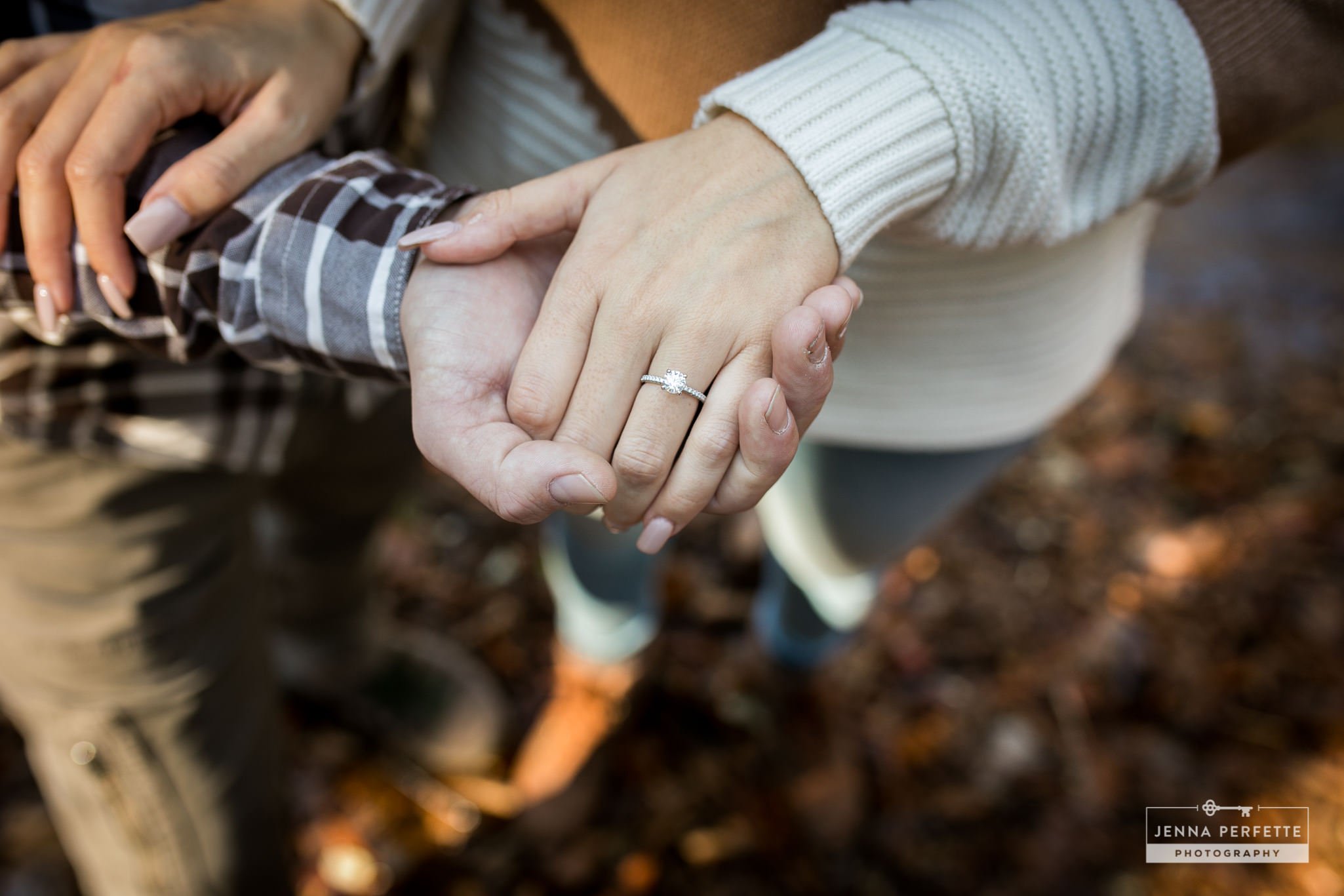 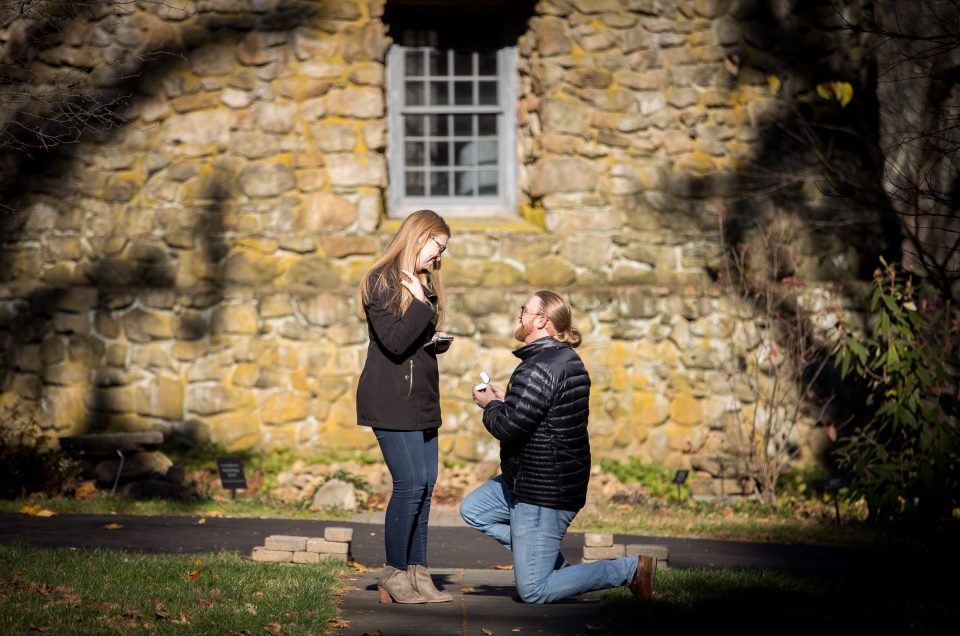 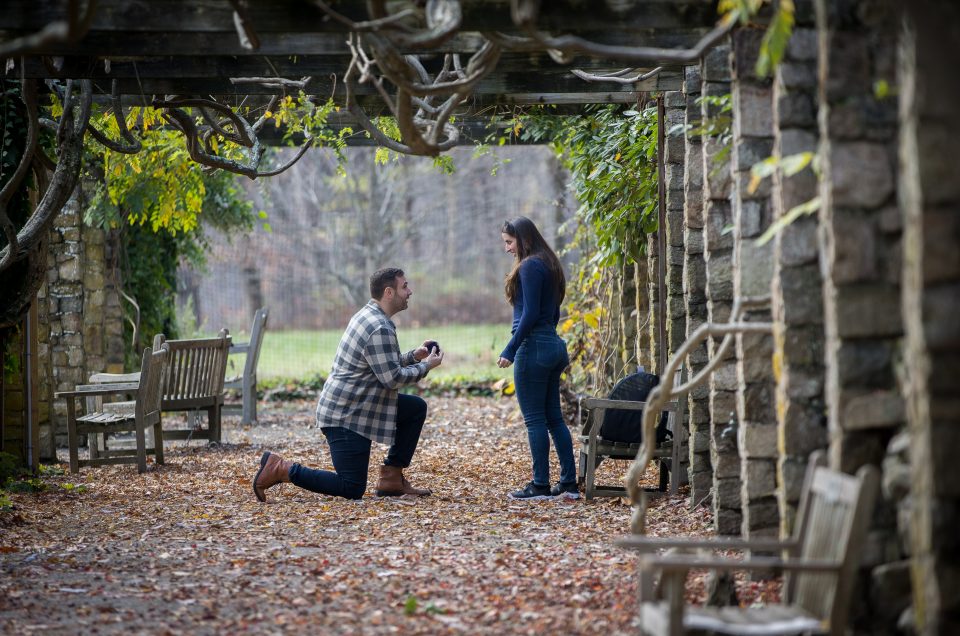